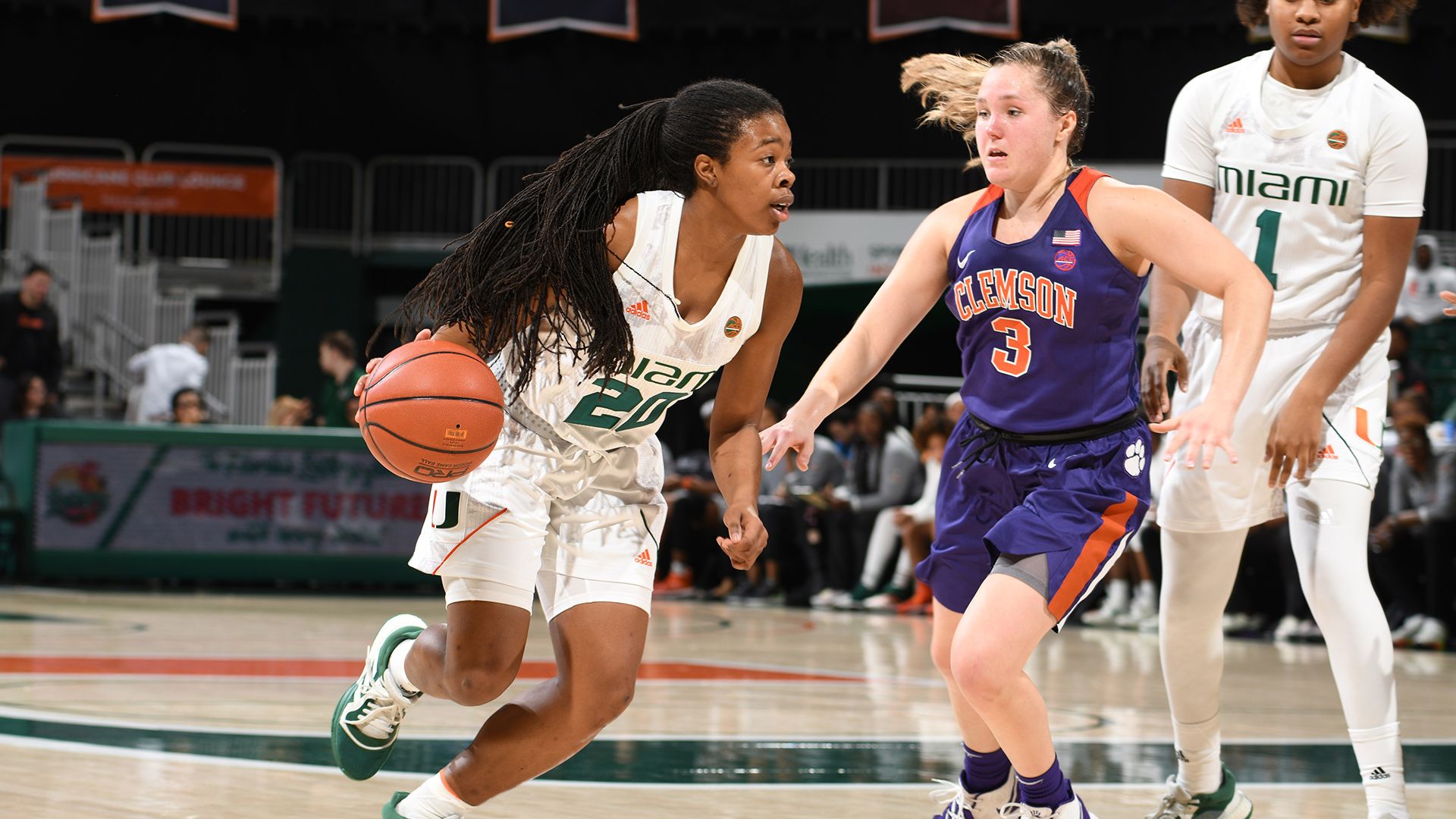 “At the end of the day, we did what we needed to do to secure the win so I’m excited for my team and ready to move on to Florida State,” head coach Katie Meier said. “We played 30 minutes of really connected basketball and, while a dry spell happened to pop up in the third quarter, we withstood it and ultimately got the win.”

As a team, Miami tallied 18 assists on 24 total shots, recording double-digit assists for the 14th time this season. The Canes are now 8-0 when dishing at least 15 assists in a game. Gray accounted for six of Miami’s assists, tying her career-high, while junior Endia Banks totaled five dimes of her own.

Despite getting off to a back-and-forth start, the Canes held the Tigers scoreless for the final six minutes of the first quarter to take a 14-9 lead at the end of the first 10 minutes. Miami found its rhythm in the second quarter shooting an astounding 81 percent from the field, including perfect field goal percentages from four Canes.

The Canes maintained their composure in the third quarter, extending their lead to 22 points thanks to a pair of 3-pointers by Marshall. Clemson battled back into the game thanks to a 12-2 run in the fourth quarter, capped by a 3-pointer by Kendall Spray to tie the game at 64-64 with 1:19 to play.

“On the shot to tie the game, we just weren’t tagged,” Meier said. “But what I love about Kelsey Marshall is that she moved on to the next play and was in the huddle coaching the team through the next offensive play.”

On the next possession, Marshall showed her resiliency, knocking down a three of her own to put Miami up, 67-64. Following a missed 3-pointer by Amari Robinson, Clemson sent Harden to the free throw line with one second remaining and the redshirt sophomore knocked down 1-of-2 at the charity stripe to give Miami the victory.

The Canes are back on the road on Sunday when they take on No. 14 Florida State at 2 p.m. in Tallahassee. The game will air on RSN.