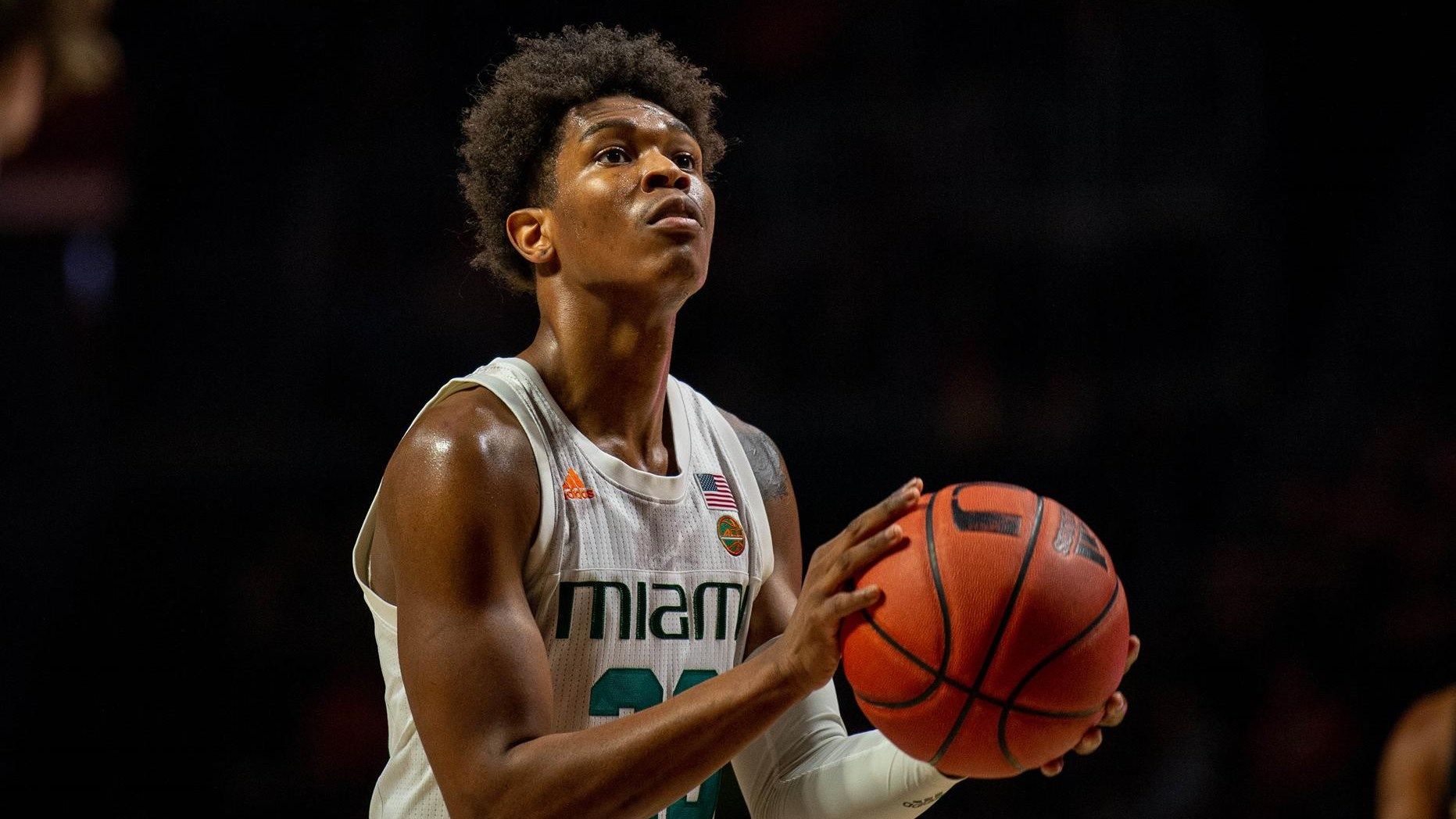 CORAL GABLES, Fla. – The University of Miami men’s basketball team will play its third contest in the Tar Heel State in an 11-day span this weekend.

The game will be televised live on ESPN2 HERE, with Doug Sherman and Cory Alexander on the call. Joe Zagacki will have the radio broadcast on 560 The Joe WQAM HERE, while action can also be heard on WVUM 90.5 FM HERE. Live stats for the matchup can be found HERE.

Miami is 8-24 all-time against the Tar Heels, including 4-11 on the road and 7-9 under ninth-year head coach Jim Larrañaga. The Hurricanes are 6-6 in their last 12 games versus North Carolina, including 3-2 in their last five on the road, and are one of three teams with at least a half-dozen wins over the Tar Heels since 2011-12, Coach L’s first season in Coral Gables.

In the most recent meeting between the two sides, then-eighth-ranked North Carolina logged a narrow 88-85 overtime victory on its home court on Feb. 9, 2019.

North Carolina enters Saturday’s affair at 8-10 (1-6 ACC) on the year after dropping its last six contests. Its leading scorer, freshman guard Cole Anthony, who is averaging 19.1 points per game, has missed the last nine outings due to injury.

Junior forward Garrison Brooks is the team’s active leader in points and rebounds per game, at 15.2 and 9.4, respectively. After posting a 29-7 (16-2) record and reaching a fifth straight NCAA Sweet 16 last year, North Carolina was voted second in the ACC preseason poll.