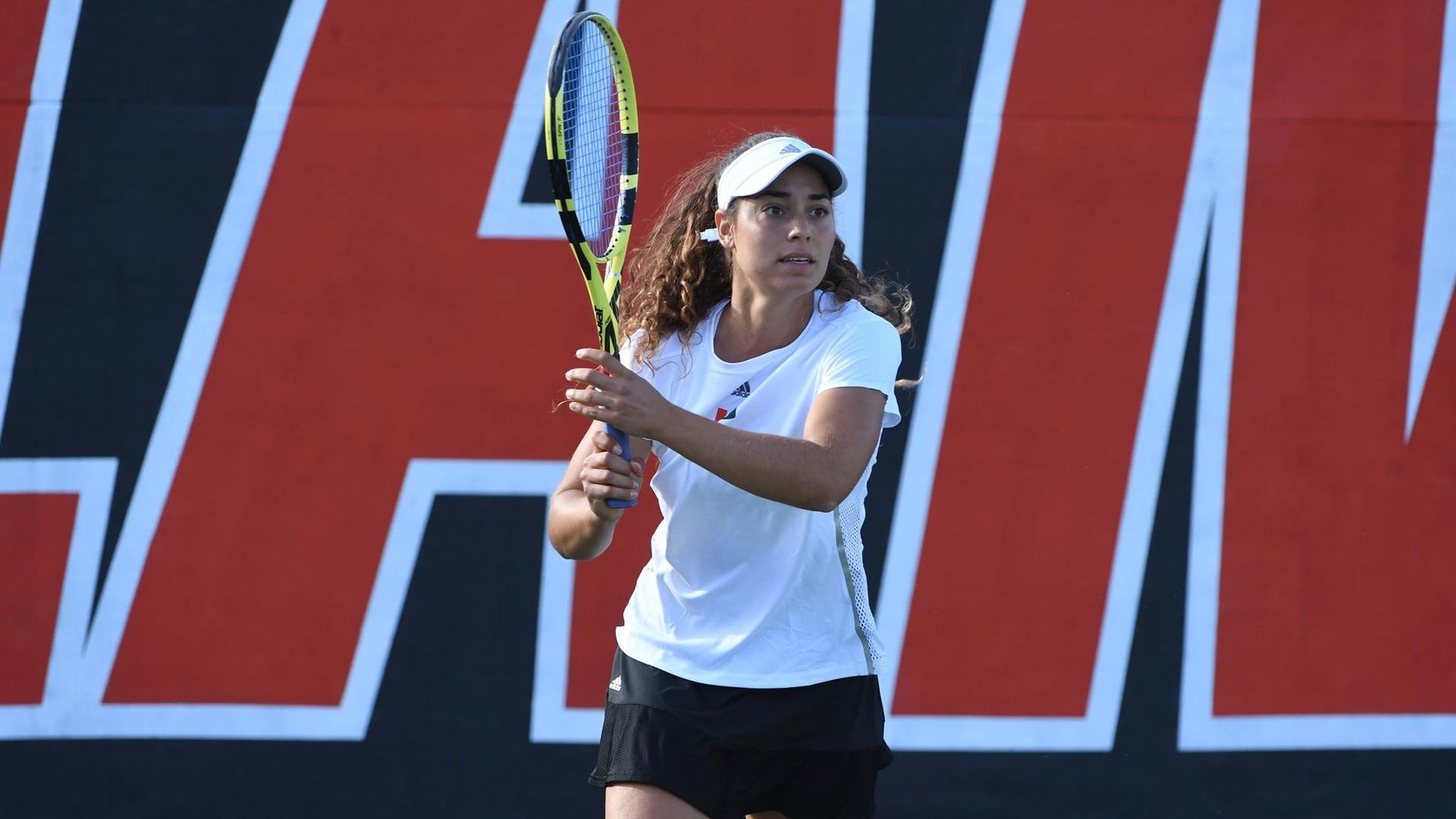 CORAL GABLES, Fla. – The University of Miami women’s tennis team retained its spot in the Oracle/ITA top 25, as announced Wednesday morning by the ITA.

The Hurricanes check in at No. 23 in the nation, the same position in which they started the 2020 campaign.

Miami has yet to play a dual match, but posted a tremendous 16-4 singles record against Northwestern, Oklahoma and Vanderbilt, the latter of which was then ranked No. 10 and is now ninth, over the weekend in the Miami Spring Invite.

The Hurricanes are once again one of seven ACC teams in the top 25. North Carolina is second, with Duke fifth, NC State eighth, Florida State at No. 14, Virginia at No. 20 and Wake Forest at No. 24.

Miami heads to Tallahassee, Fla., for ITA Kick-Off Weekend Saturday and Sunday. The Hurricanes meet No. 18 Texas A&M Saturday at 2 p.m., and then play either No. 14 Florida State or UC Santa Barbara the next day at 11 a.m. or 2 p.m.