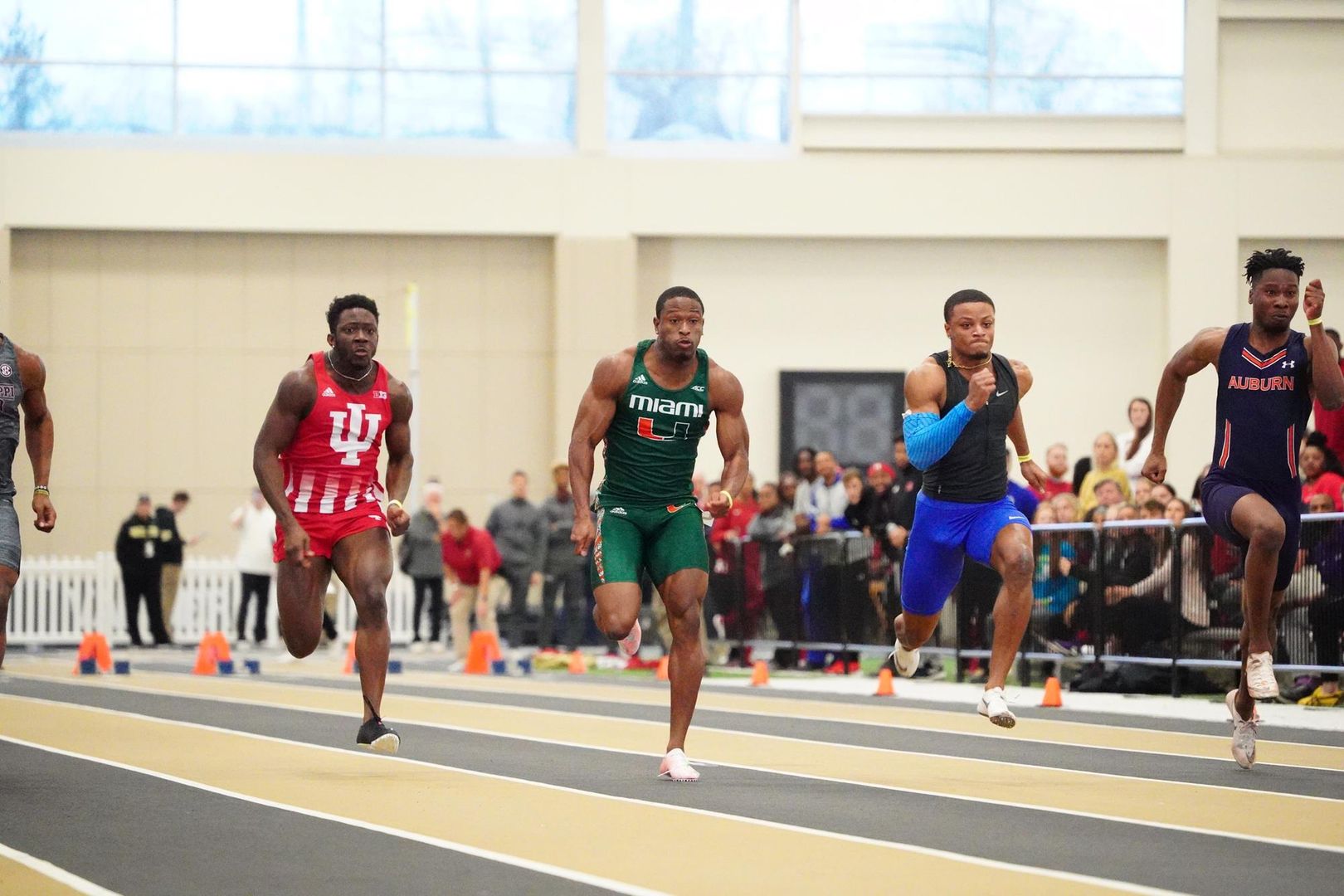 CORAL GABLES, Fla. – After running the NCAA’s fastest 60m dash time over the weekend, Raheem Chambers of the Miami track and field program was named Co-ACC male track athlete of the week alongside Jacory Patterson of Virginia Tech, as announced Wednesday morning.

The Kingston, Jamaica, native finished second in the men’s 60m final at the Vanderbilt Invitational behind pro athlete Demek Kemp. The senior’s time of 6.57 seconds currently ranks as the fastest collegiate time in the country and the second-fastest time in the world behind Kemp’s 6.55 time.

“That was a great time for him at this part of the season,” Director of Track and Field/Cross Country Amy Deem said. “For him to put that race together at Vandy, he’s just going to get better and better with more races under the belt. I’m looking forward to seeing where he finishes at the end of the season.”

Wednesday’s honor is Chambers’ first ever indoor weekly honor and second weekly ACC accolade of his career,  earning ACC Track Athlete of the Week on March 20, 2019, after running the 200m dash in 20.98 seconds, the third-fastest time in Miami history.

The Canes return to action Jan. 31 when they travel to Lubbock, Texas, for the Texas Tech Invitational.