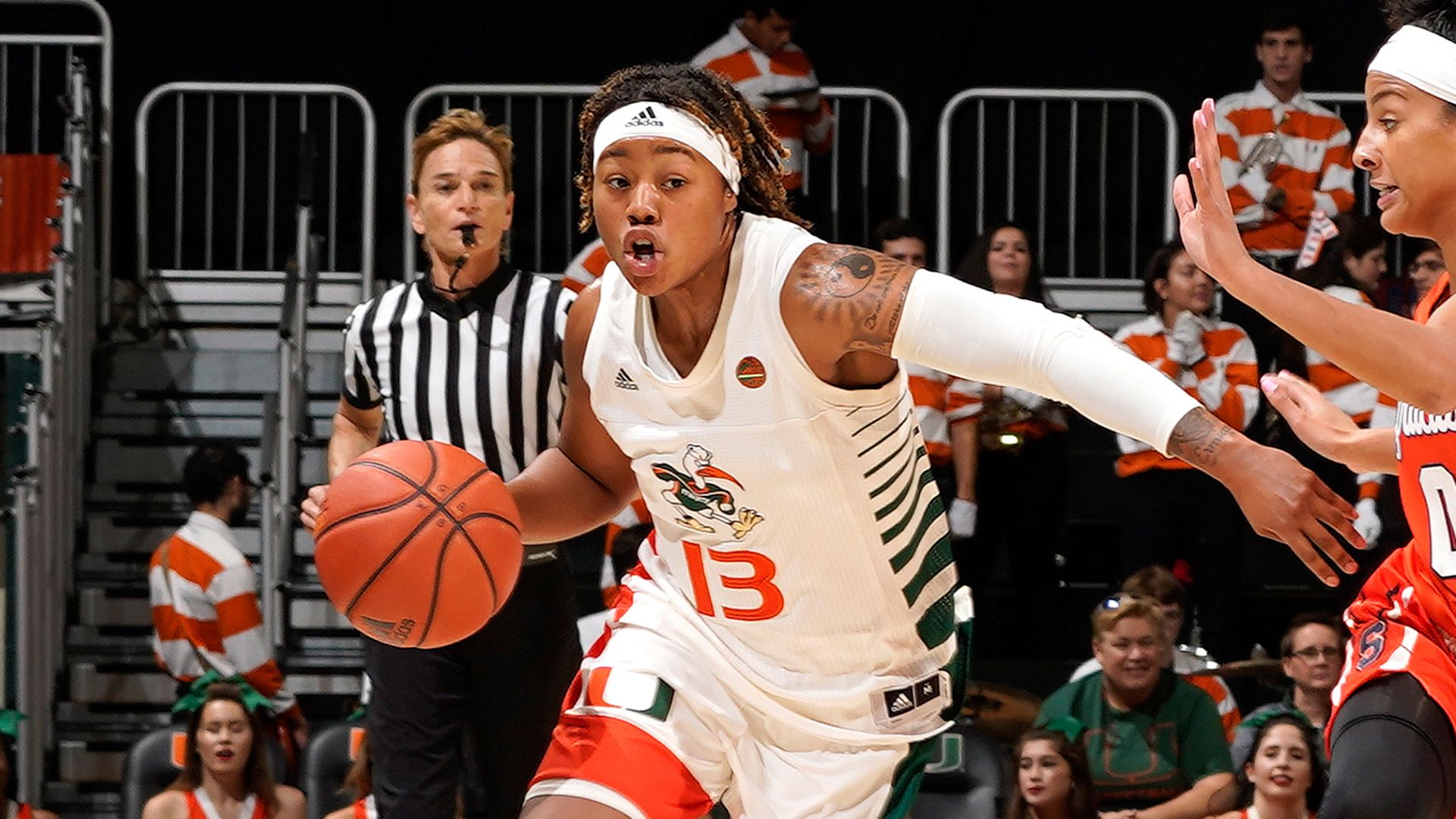 CORAL GABLES, Fla. – The Miami women’s basketball team looks to rebound on Thursday when it hosts the Clemson Tigers. Tipoff is set for 6 p.m. on ACC Network with Pam Ward and Debbie Antonelli on the call. Fans can also listen to the game on WVUM 90.5.

Fans are invited to celebrate the LGBTQ community on Thursday, as the Canes host Pride Night at the Watsco Center. There will be a pregame panel with former student-athletes and members of the campus community, as well as a performance by Tiffani Fantasia and the Gay Men’s Choir.

The Tigers came out on top in last season’s contest, posting the 76-67 win. The Canes played without then-redshirt junior Beatrice Mompremier, who missed the game due to the passing of her father. Prior to last season, Miami had won straight four meetings against the Tigers.

The Canes fell to Notre Dame, 76-53, Sunday afternoon at Purcell Pavilion in their last outing. For the third game in a row, junior Mykea Gray led the Canes in scoring, pouring in 16 points in the contest. Fellow guard Kelsey Marshall joined Gray in double figures with 10 points.

Coming off a historic season, the Tigers are rebuilding this season and currently sit at 7-11 (3-4 ACC). Clemson is 2-3 over the its last five games and rides a two-game win streak into Thursday’s contest.

Last time out, the Tigers hung on for a 62-58 win over Duke in Clemson. Thursday’s win marked the second straight home win for the Tigers, halting a three-game skid. Clemson knocked down seven threes in the contest, five of them coming off the hands of redshirt junior Kendall Spray.

Miami head coach Katie Meier and Clemson coach Amanda Butler are no strangers on the basketball court, as Butler served as an assistant coach under Meier for two years at Charlotte.