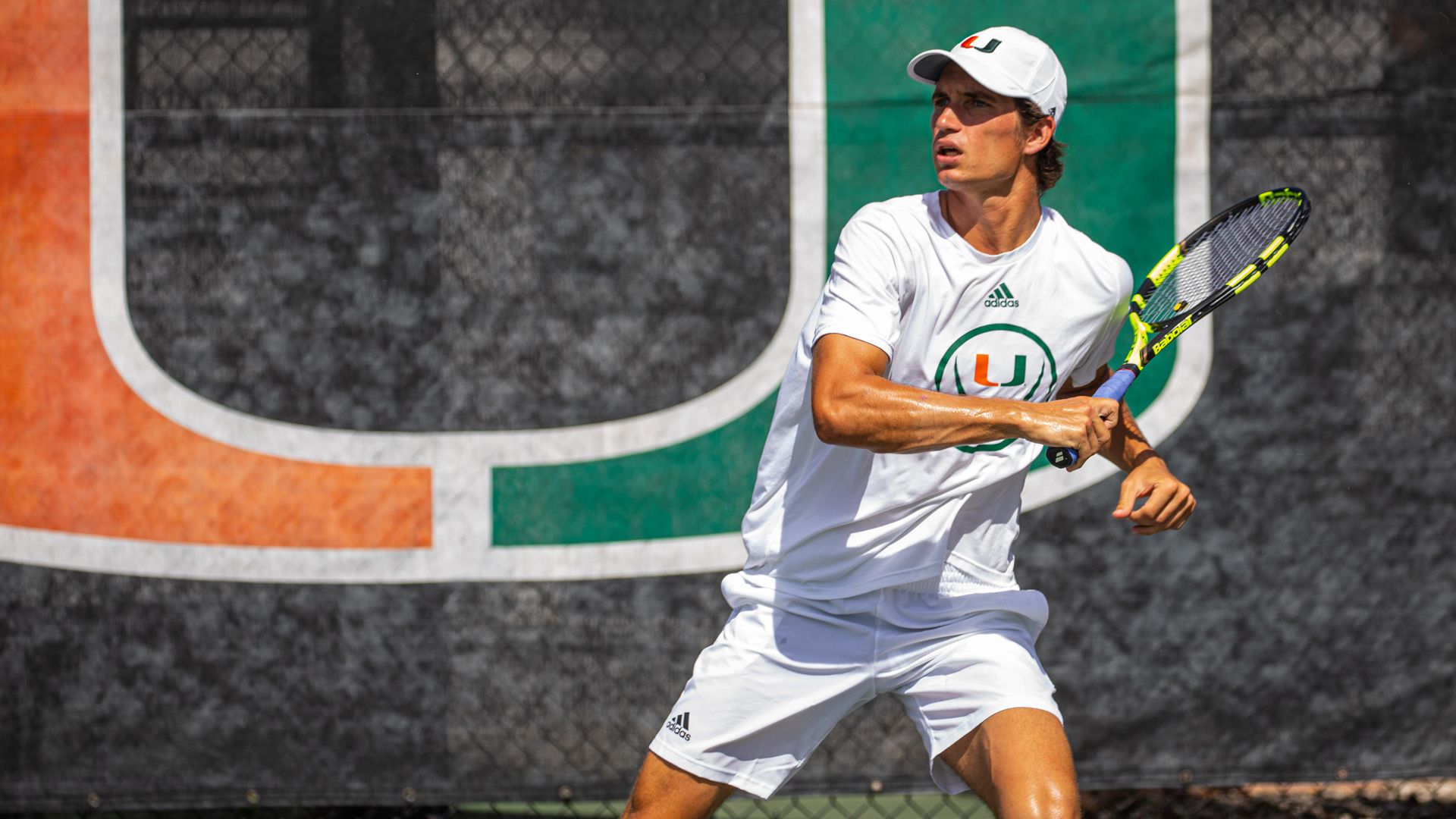 CORAL GABLES, Fla. – The University of Miami men’s tennis team secured its second straight sweep to start the year, posting a 7-0 victory over Liberty Sunday afternoon in the first of two matches at the Neil Schiff Tennis Center.

Similar to Friday, the Hurricanes jumped out to the early lead through doubles action and never looked back.

Carrying momentum into singles, the Hurricanes continued to cruise winning the opening set on five of six courts.

Competing at No. 6 singles, Aubone cruised past Thomas-Smith, 6-1, 6-2, in his first match of the spring, to give Miami the commanding 2-0 lead in the overall match.

The remaining three matches were played out with Miami once again eyeing a sweep.

The loan Hurricane to drop a set, Dunlap bounced back with a strong showing in the second and third sets against Wilson to secure the victory, 3-6, 6-1, 6-3.

Taking on Muamba at the top singles position, No. 63 Soriano Barrera earned a straight-set victory, 6-4, 6-4, to place the Canes one point away from earning back-to-back sweeps.

In the final match to conclude, Hannestad secured his first dual match victory as a Hurricane, topping Burton, 7-5, 6-3, to preserve the sweep.

Miami will return to action at 5:30 p.m. on Sunday to face Georgia Southern.