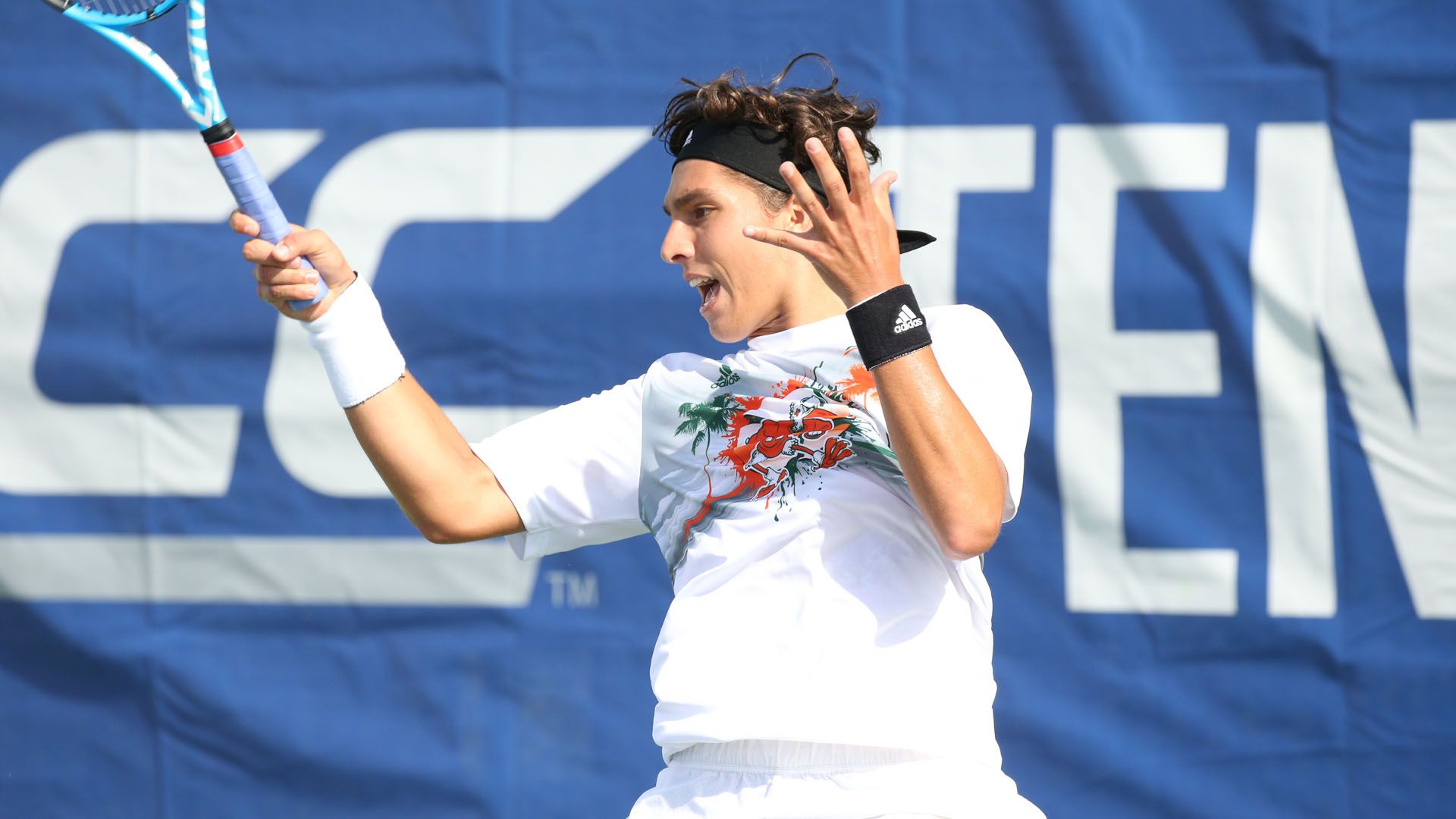 Similar to the first two matches, Miami (3-0, 0-0 ACC) jumped out to the early lead through doubles action and never looked back.

Facing off against Alexandros Roumpis and Valentin Dun at No. 3 doubles, sophomore Francisco Bastias and junior Adria Soriano Barrera breezed to a 6-0 win.

With all eyes turning to court 2, redshirt senior Dane Dunlap and junior Bojan Jankulovski remained calm, cool and collected to secure the doubles point, 6-3, over Pascal Wagemaker and Jonathan Morales.

Carrying momentum into singles, the Hurricanes continued to cruise winning the opening set on all six courts.

Competing at No. 6 singles, junior William Grattan-Smith secured the first seven games of his match, ultimately topping Santiago Suarez, 6-0, 6-3, to give Miami the commanding 2-0 lead in the overall match.

Less than 15 seconds later, Bastias extended the Miami lead to three, when the sophomore defeated Roumpis 6-4, 6-2.

Looking to clinch the match for Miami, Aubone landed a beautiful forehand following a return by Neil Kandhai, to seal the match, 6-2, 6-3.

One of the three remaining matches was played out, with Hannestad serving for the match. After falling behind 1-4 in the opening set, the junior secured 11 of the final 14 games to earn a 6-4, 6-3 victory.

Up next, the Hurricanes will travel to Stanford, Calif., to compete at ITA Kickoff Weekend. There, Miami will open with a neutral site match against No. 14 California on the first day (Saturday, time TBD) before battling either No. 12 Stanford or Tulane on Jan. 26.

If Miami wins both matches in the Golden State, it will advance to the ITA National Team Indoor Championship, held Feb. 14-17 in Madison, Wisc.