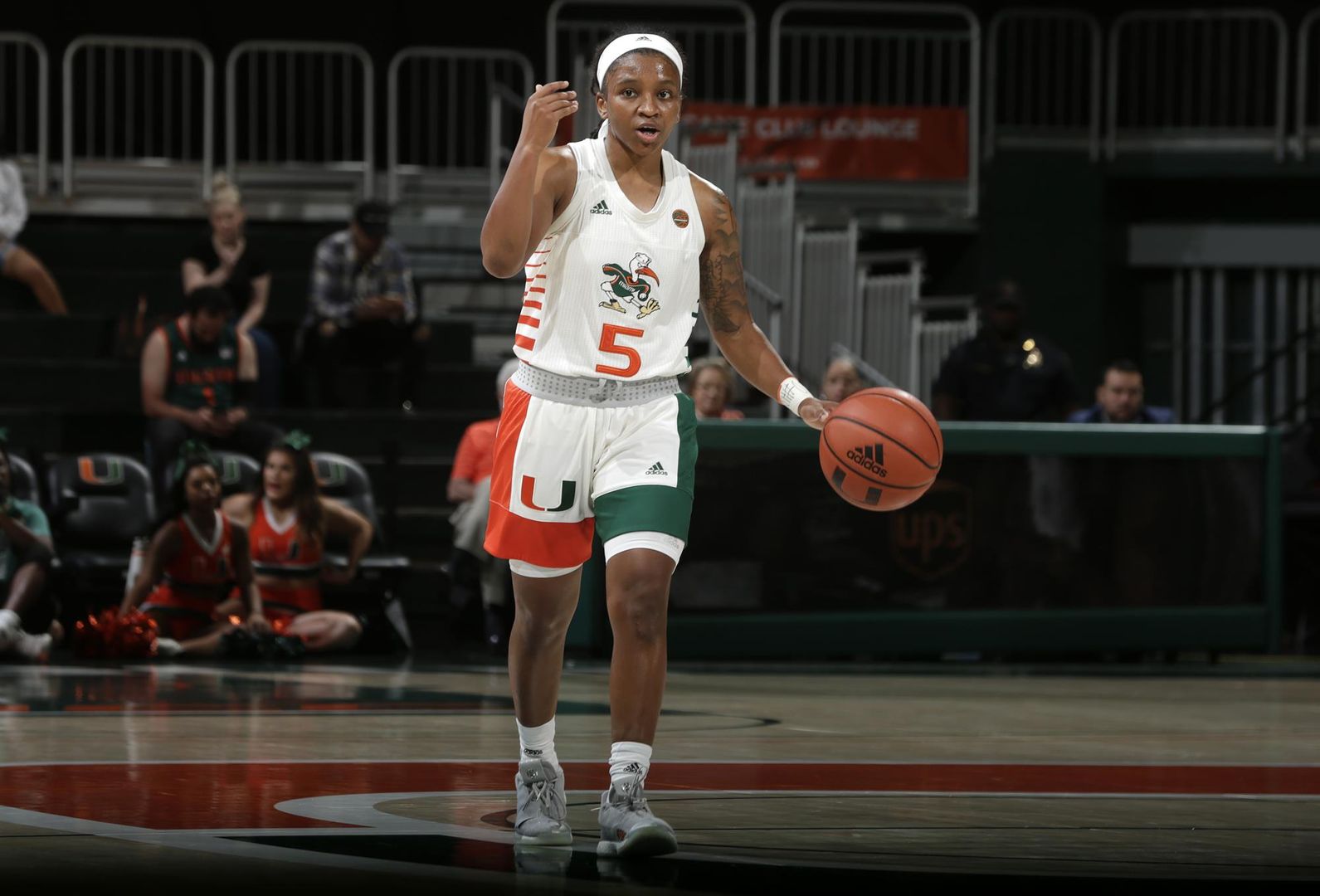 CORAL GABLES, Fla. – The Miami women’s basketball team remains on the road on Sunday when it takes on Notre Dame at Purcell Pavilion. Tipoff is set for 1 p.m. and the game will air on ACC Network with Brett Dolan and Monica McNutt on the call. Fans can also listen to the game on WVUM 90.5.

The Fighting Irish and the Canes have squared off 24 times in program history with 16 of those 24 instances coming prior to both teams joining the Atlantic Coast Conference. Notre Dame has emerged victorious in 19 of the 24 meetings.

However, two of the five victories have come under head coach Katie Meier, including last year’s 72-65 upset victory over Notre Dame on Feb. 7, 2019. Miami is looking for its second straight win over the Irish, a feat that has never been accomplished in program history.

The Canes came up short to North Carolina on Thursday, falling 78-58 in Carmichael Arena. It was a two-point game heading into the final 10 minutes of play but the Tar Heels outscored the Canes 28-10 in the final quarter to make it a 20-point defeat.

Junior guard Mykea Gray paced the Canes in scoring on the night, tallying 21 points in the contest for her second consecutive 20-point outing. Gray got off to an electric start, pouring in 12 points in the first quarter alone and eclipsing the 1,000-career point mark after going 3-of-3 at the charity stripe in the period.

After losing five starters to the WNBA, the Irish are still looking to find their footing this season. Notre Dame sits at 6-12 on the season with a 1-5 mark in ACC play. Four of Notre Dame’s five starters are averaging double-figures this season led by Katlyn Gilbert at 13.8 points per game.