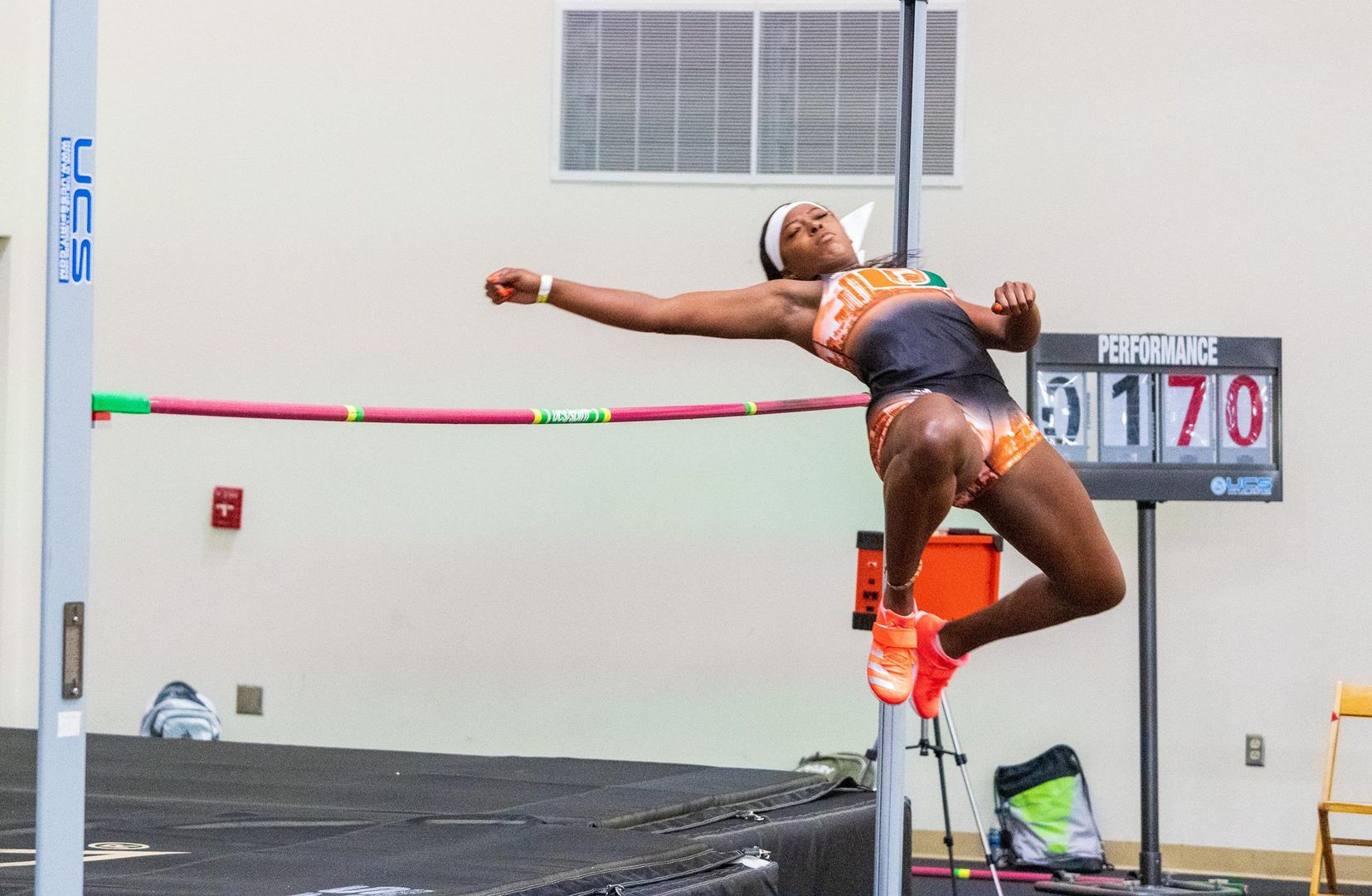 NASHVILLE, Tenn. – Freshman Taylor Wright broke into Miami’s top five in the women’s high jump in the first day of competition at the Vanderbilt Invitational.

Wright’s mark of 1.80m ranks second in program history and second in Friday night’s competition. Wright debuted for the Canes last weekend at Michigan with a mark of 1.75m.

The jump squad also featured Tristan Schultheis who finished fifth in the men’s high jump with a mark of 2.05m. Senior Darlene Charles finished seventh in the women’s long jump with her mark of 5.46m. Freshman Russell Robinson’s mark of 7.13m in the long jump finished 14th in a stacked field of 31 athletes.

Junior Debbie Ajagbe reached the finals in the women’s weight throw for the second consecutive weekend and finished fifth with her mark of 20.14m. Senior Sherry Lubin finished 14th at 16.66m and Hannah-Sophia Hall rounded out the top 20 finishers with her mark of 15.76m.

Kevin Arreaga finished third in the men’s weight throw with his mark at 20.44m. Arreaga had the top collegiate mark in the field of 20 behind two unattached throwers.