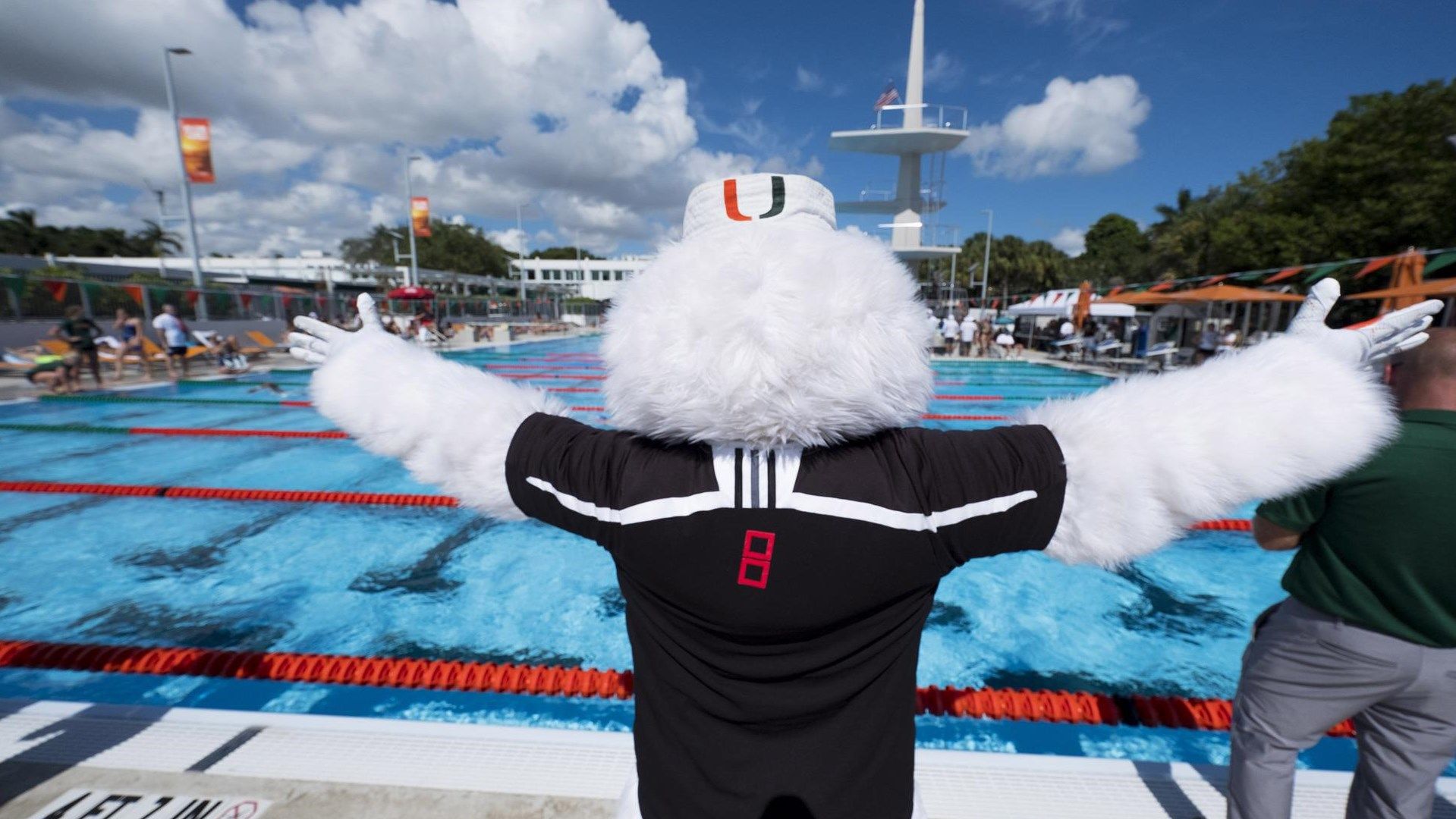 CORAL GABLES, Fla. – The University of Miami women’s swimming & diving team will honor a vital senior class Saturday prior to its final home meet of the season at the Whitten University Center Pool.

As part of pre-meet festivities before a matchup against FGCU (12 p.m.), the Hurricanes will recognize diver David Dinsmore and swimmers Claire McGinnis and Manon Viguier.

UM’s fourth swim / dive senior – redshirt senior diver Alicia Blagg – will be at the Great British National Cup as she begins qualifying for the 2020 Tokyo Olympics.

One of Miami’s team captains and a native of Oakland Township, Mich., McGinnis has been Miami’s top distance swimmer during her four-year career at The U. Viguier, a France native, has Miami’s best-ever time in the 100-yard freestyle and was a member of two all-time top relay teams, and also ranks among the top 10 in several other individual events.

Dinsmore, a 2017 NCAA national champion, is a three-time defending ACC gold medalist and a three-time NCAA All-American. And, though she will not be present Saturday, Blagg was named the 2019 ACC Women’s Diver of the Year after earning NCAA All-America recognition and sweeping the springboard at last year’s ACC Championships.

The Hurricanes will be looking to continue their recent run of success against their talented in-state foe; in 2018-19, Miami pulled off a home-and-home sweep of FGCU, including a 121-119 win at the Whitten Pool in October 2018.