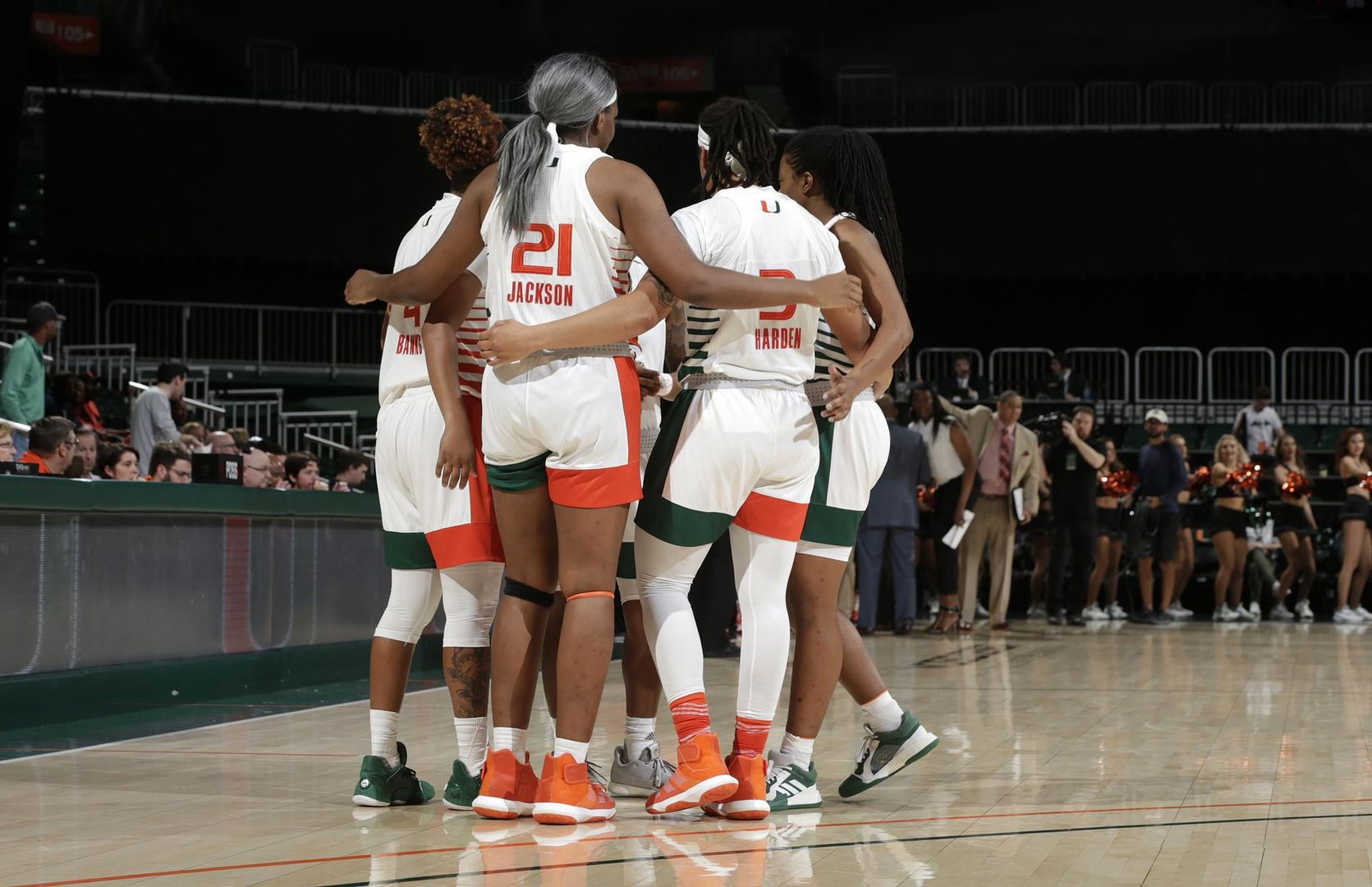 CORAL GABLES, Fla. – The Miami women’s basketball team heads up to Chapel Hill for its second road contest of conference play, taking on North Carolina at 6 p.m. on Thursday. The game will air on ACC Network Extra and fans can also listen to the game on WVUM 90.5

The series between Miami and North Carolina dates back to the 1980-81 season, with the teams meeting 23 times in program history. The Tar Heels hold the 13-10 advantage over the Canes in the all-time series, but Miami has won four straight games against the Tar Heels.

The Canes sit at .500 (4-4) when playing in Chapel Hill and have won three straight games at North Carolina. The last time the teams met, Miami came away with a 76-68 victory at the Watsco Center. Beatrice Mompremier posted a double-double (18 points, 10 rebounds), while Mykea Gray totaled 17 points and six assists in the contest.

The Canes got back in the win column on Sunday with a 77-62 victory over Syracuse. Mykea Gray led all scorers with 20 points in the contest. Junior Kelsey Marshall joined Gray in double figures with 19 points on the day, while redshirt sophomore Destiny harden paced the Canes in rebounding (six). Miami added 16 steals and six blocks to the team stat line, besting the Orange in both categories.

North Carolina enters Thursday’s contest at 12-4 on the season and 3-2 in ACC play. The Tar Heels hold an 8-1 record when playing at home, highlighted by a 66-60 victory over No. 9 NC State on Jan. 9. All five starters for the Tar Heels are averaging double-figures this season.