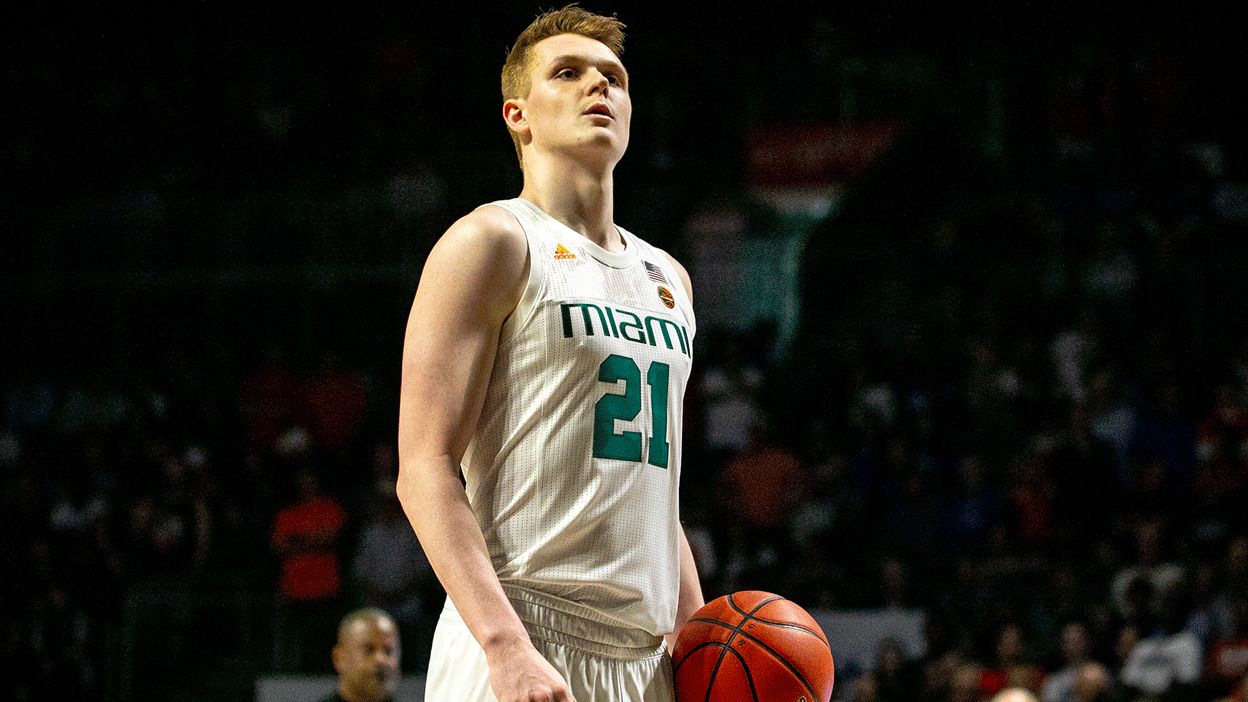 Even in his native New Zealand, where basketball is still growing in popularity, people know who Mike Krzyzewski is and what he’s accomplished. And so, when the longtime Duke coach raved about Waardenburg’s performance in Miami’s game against the Blue Devils earlier this month – calling him Miami’s “X-Factor” that night – Waardenburg’s family and friends took note.

The barrage of text messages was proof and even Waardenburg himself couldn’t help but be a touch awed by his own brief post-game exchange with the rival coach.

“It meant a lot,” said Waardenburg, who had 11 points, six rebounds, a block and a steal against then-No. 2 Duke. “I wasn’t the biggest college ball watcher growing up before I got here, but he’s obviously a name everyone knows, even back home. … He’s had a huge impact on ballers across the world and that was a nice moment. Everyone back home was kind of texting me like, ‘Good job’ and ‘That was awesome,’ and stuff like that. … Old coaches, I got to catch up with them and see how they were doing as well, it was awesome.”

If Waardenburg can continue playing the way he has in recent weeks, he just might find himself receiving even more attention.

As the Hurricanes continue working their way through their ACC schedule, the redshirt junior has emerged as one of Miami’s more reliable contributors, particularly on the defensive end of the floor.

With fellow forwards Deng Gak and Keith Stone both nursing injuries of their own, Waardenburg has been called on to be the Hurricanes’ reliable presence inside and he’s continually delivered, averaging 9.5 points and 8.1 rebounds over the course of Miami’s last eight games. He also played all 40 minutes of Sunday’s win over Pittsburgh.

It hasn’t been easy, Waardenburg concedes, but he knows his team needs him.

“Guys have to dig deep right now,” Waardenburg said. “This is my fourth team that I’ve been on since I’ve been here and I think just that experience is helping me right now. Looking back and reflecting on the things Kamari Murphy did when he was here as a big man, I remember being on the bench, watching him and there were nights maybe he wasn’t scoring, but he was making a big impact rebounding and defending and that’s always stayed in my mind.

“Obviously, right now it’s hard for me to move and stuff. Offensively, I’m not really able to shoot off balance, so I might as well just go rebound, defend, work my tail off down on the other end and do the little things for the team.”

Powering through isn’t new for Waardenburg, who, while playing in New Zealand often found himself on multiple teams – including the developmental squad for the Skycity Breakers, where he played alongside budding professionals much older and bigger than he was.

Still, when he arrived at Miami during the 2016-17 season, he redshirted in order to get stronger and adapt to the more physical style of play he’d encounter in the ACC.

When he began playing, there were struggles, but he powered through, thanks to some encouragement from his teammates and coaches.

“The first sign of how far he had to come was at Minnesota in November his redshirt freshman year. He got into the game and really struggled against a top-20 team and I think afterwards, he lost his confidence and when you lose your confidence, it’s harder to go hard. It’s harder to give effort,” Hurricanes head coach Jim Larrañaga said. “Later in that same season, I asked him to do one thing – just, not turn the ball over. If he would do that, then I would play him. He did it and that worked for him. He was focused on not turning the ball over and he started to realize all you’ve got to do is a lot of simple things to be successful. …

“He put all his effort into defense and rebounding and became a key contributor on an NCAA Tournament team. … He’s made progress in that area. Recently, he told me when he was a freshman, he thought he was giving 100 percent effort and looking back on it, he was probably only giving 30 percent. Now realizing what 100 percent effort looks like, he feels like he’s giving 80 to 90 percent and he still has a whole other level he can get to. We’re very, very pleased with his progress and hope he can, again, be tremendously productive this January and February because those been his best months.”

For his part, Waardenburg is determined to continue being the player Miami needs, both on and off the court. While he understands the Hurricanes need him in the paint, he also knows they need him to be a voice in the locker room, especially as Miami’s continues navigating a tough January stretch that will include a matchup against rival Florida State and road games at North Carolina State, Duke and North Carolina.

Waardenburg is confident that even through those games, the Hurricanes can pick up some critical wins and match some of the success they had during a big December run.

“We’ve seen flashes of what we can be against Illinois, against Temple,” Waardenburg said. “Playing some good defense, getting out and scoring the way we know how and just playing good basketball, that’s the key.”