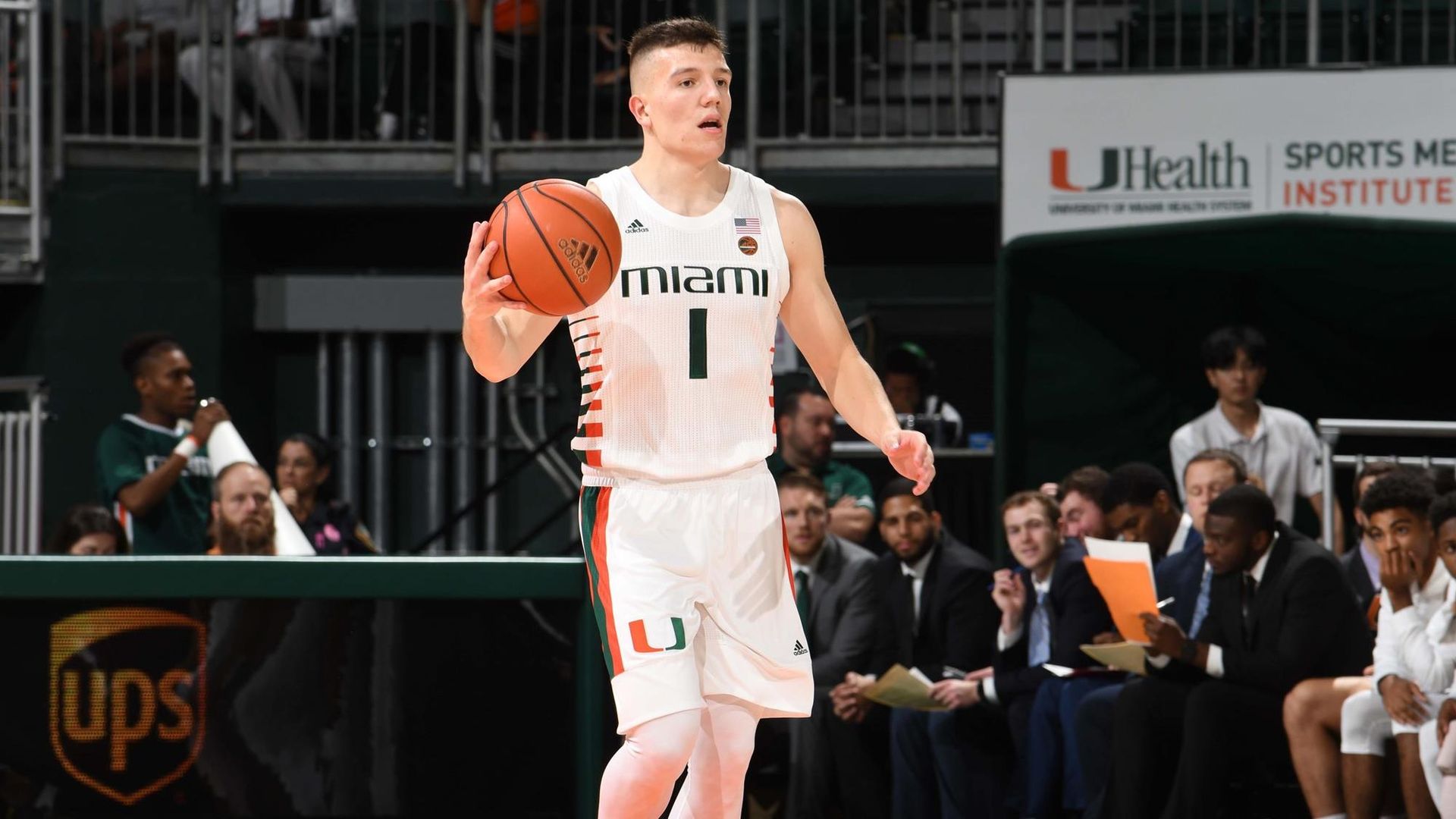 CORAL GABLES, Fla. – The University of Miami men’s basketball team will play its first of three games in an 11-day span in the Tar Heel State Wednesday night.

The action will be televised live on RSN—that is FOX Sports Florida locally—and FOX Sports GO, with Bob Rathbun and Mike Gminski on the call. A full affiliate list is available HERE and it can also be seen on WatchESPN, subject to blackout, HERE. Joe Zagacki will have the radio broadcast on 560 The Joe WQAM HERE, while live stats for the matchup can be found HERE.

The Hurricanes are 11-13 all-time versus NC State, including 4-7 on the road and 7-6 under the guidance of ninth-year head coach Jim Larrañaga. The Wolfpack tallied an 87-82 road triumph on Jan. 3, 2019, in the most recent affair.

Miami is coming off a 66-58 victory over Pittsburgh Sunday night at the Watsco Center. Redshirt junior guard Kameron McGusty scored a team-high 19 points for the Hurricanes, who jumped out to a 16-0 lead. Senior guard Dejan Vasiljevic played all 40 minutes and scored 13 points, while junior guard Chris Lykes added 12 despite fouling out for the first time in his career.

NC State heads into Wednesday night’s game at 11-5 (2-3 ACC) on the season. Redshirt senior guard CJ Bryce is the Wolfpack’s leading scorer at 16.1 points per game, but has missed the past four contests due to injury.

Up next for the Hurricanes, after their visit to NC State, is an in-state showdown with ninth-ranked Florida State Saturday at 1 p.m. at the Watsco Center, live on ACC Network.