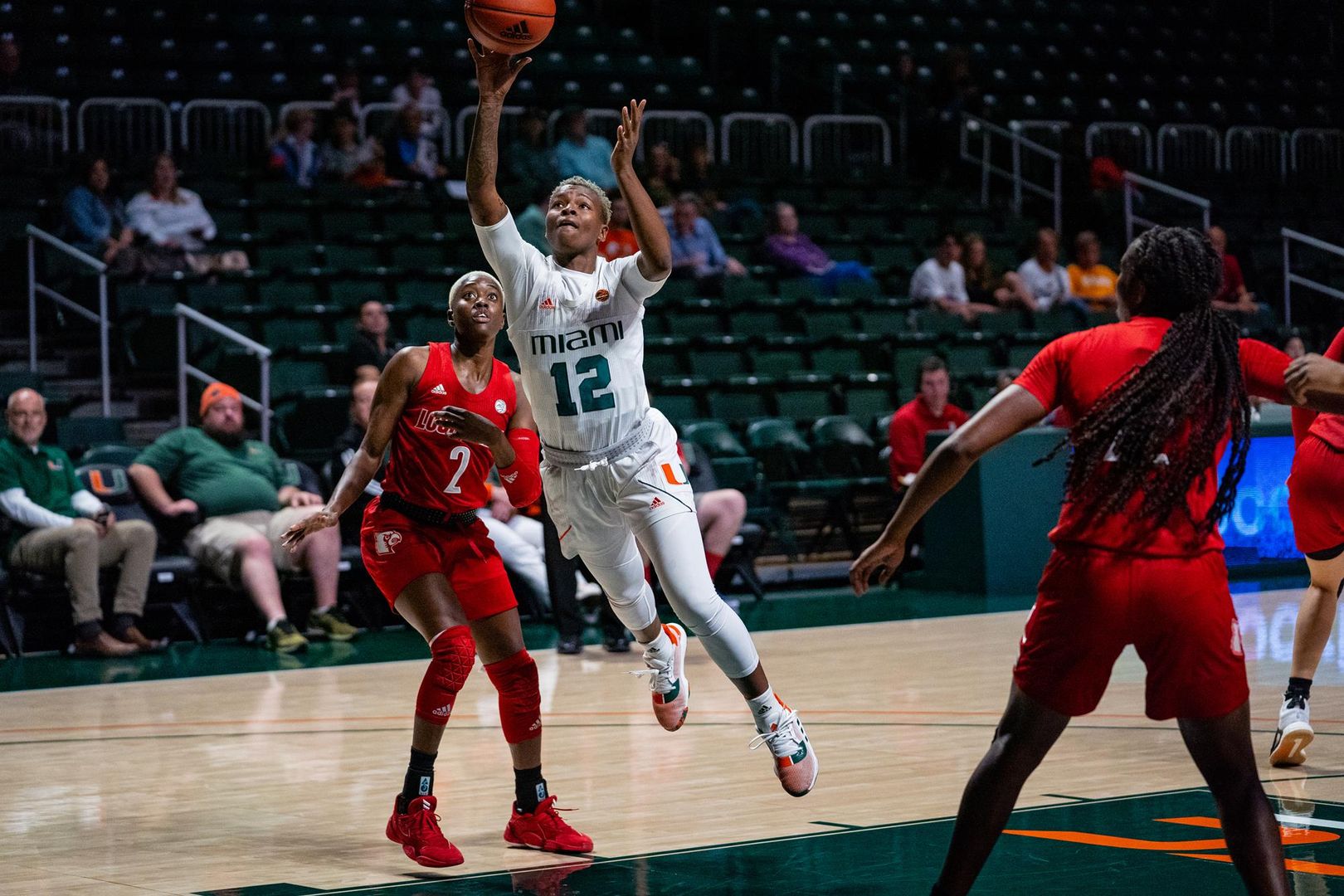 Miami Closes Out Homestand on Sunday

CORAL GABLES, Fla. – Miami women’s basketball closes out its three-game homestand on Sunday when it hosts the Syracuse Orange at the Watsco Center. Tipoff is set for 12 p.m. and the game will air on ACC Network with Brett Dolan and Kelly Gramlich on the call. Fans can also listen to the game on WVUM 90.5.

The Canes and the Orange have met 30 times in program history, with Miami coming out on top in 20 of the 30 games. When playing at the Watsco Center, the Canes are 11-4 all-time against Syracuse. The last game between the Orange and the Canes came at the ACC Tournament, a 92-85 victory for Syracuse. Miami won the earlier game in the season, defeating Syracuse 84-71 in Syracuse on January 23.

Miami fell short of No. 7/7 Louisville on Thursday, facing an 87-41 setback at the Watsco Center. Redshirt junior Iggy Allen posted a season-high nine points, while freshman Brianna Jackson tallied 13 points to lead all Miami scorers. The bench shouldered the scoring load for the Canes, accounting for 22 of Miami’s 41 points.

The Orange hold an 8-6 record (2-1 ACC) so far this season and carry a two-game winning streak into Sunday’s contest. Both games were overtime victories at home for the Orange, a 90-89 OT win over No. 8 Florida State and a 74-63 defeat of Notre Dame. Seven of Syracuse’s games have come against top-25 opponents and the Orange are 2-5 in those seven games.