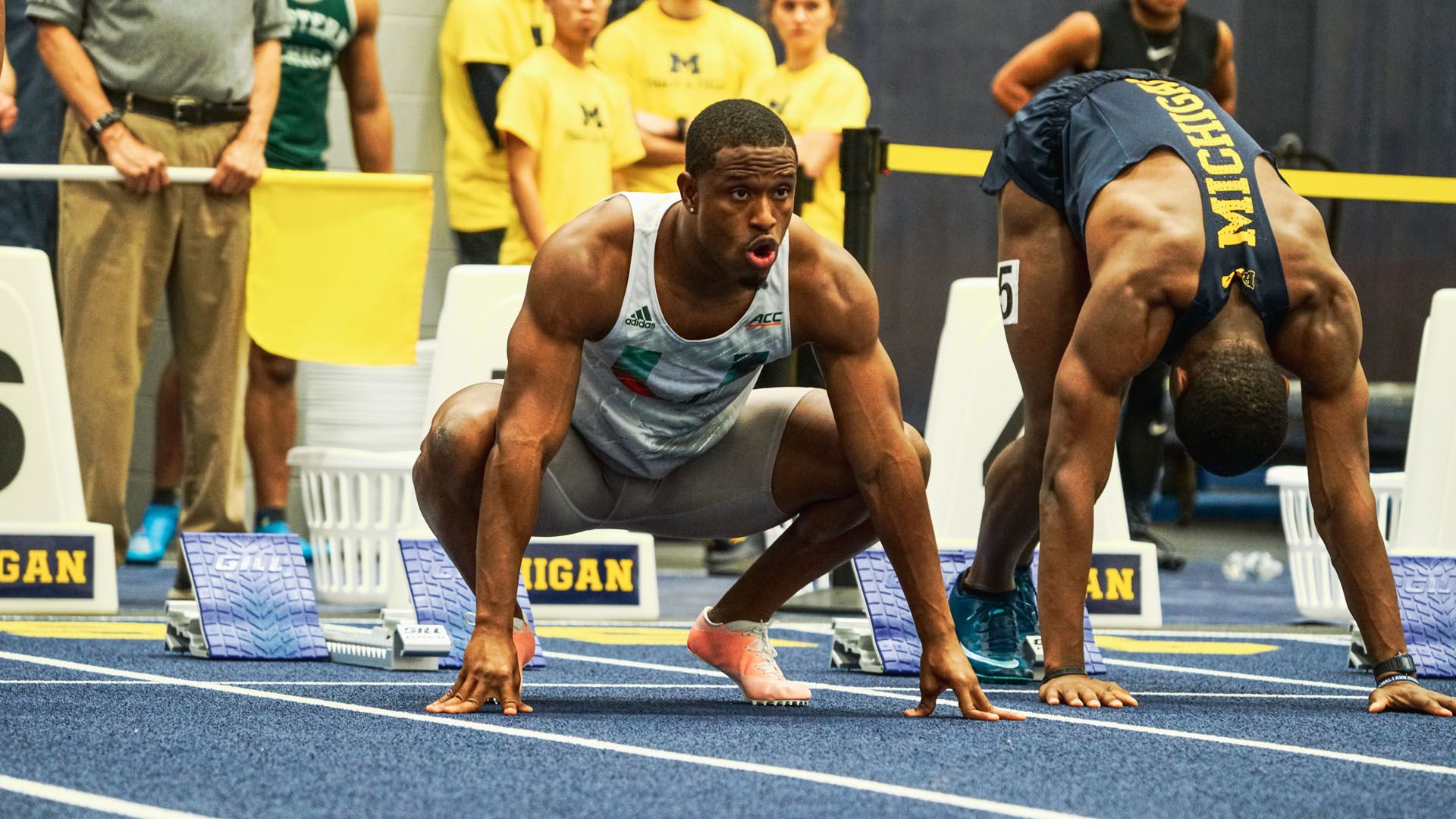 Freshman Jacious Sears showed no signs of nerves, lighting the track up winning both the 60m and the 200m with meet-record times. Sears won the 60m with her time of 7.38 seconds and the 200 in 23.98. Senior Alfreda Steele finished second in the 60 at 7.42 seconds.

The 2019 ACC indoor 60m hurdles champion, Tiara McMinn, began the day winning the event with a meet-record time of 8.29 seconds. Senior Raheem Chambers claimed the 60m dash with his time of 6.71, recording the Canes’ fourth meet record of the day.

Sophomore Davonte Fuller showed out with a Miami program record, meet record and personal-best time of 1:19.31 in the 600m. McKinly Brown finished just behind him in second with his time of 1:19.95, which ranks second in UM history.

Junior Kevin Arreaga got the tempo rolling in the field events, winning the the weight throw with a personal-best throw of 20.94m . The Spaniard’s throw ranks second in program history. Newcomer Jeffrey Williams’ mark of 16.47m ranks fifth in Miami history. Williams also finished fourth in the shot put with a mark of 16.07m.

After claiming Miami’s second-best mark in program history last season at ACC Indoors, Tristan Schultheis bested the mark at 2.10m to win the high jump. Freshman Russell Robinson was the final Cane to record a meet record with his winning mark of 7.40m in the long jump, ranking fifth all-time in school history. Robinson is the first person to break into the top five since 2016.

Miami travels to Nashville, Tenn., for the Vanderbilt Invitational on Jan. 17-18 for the second indoor meet of the season.