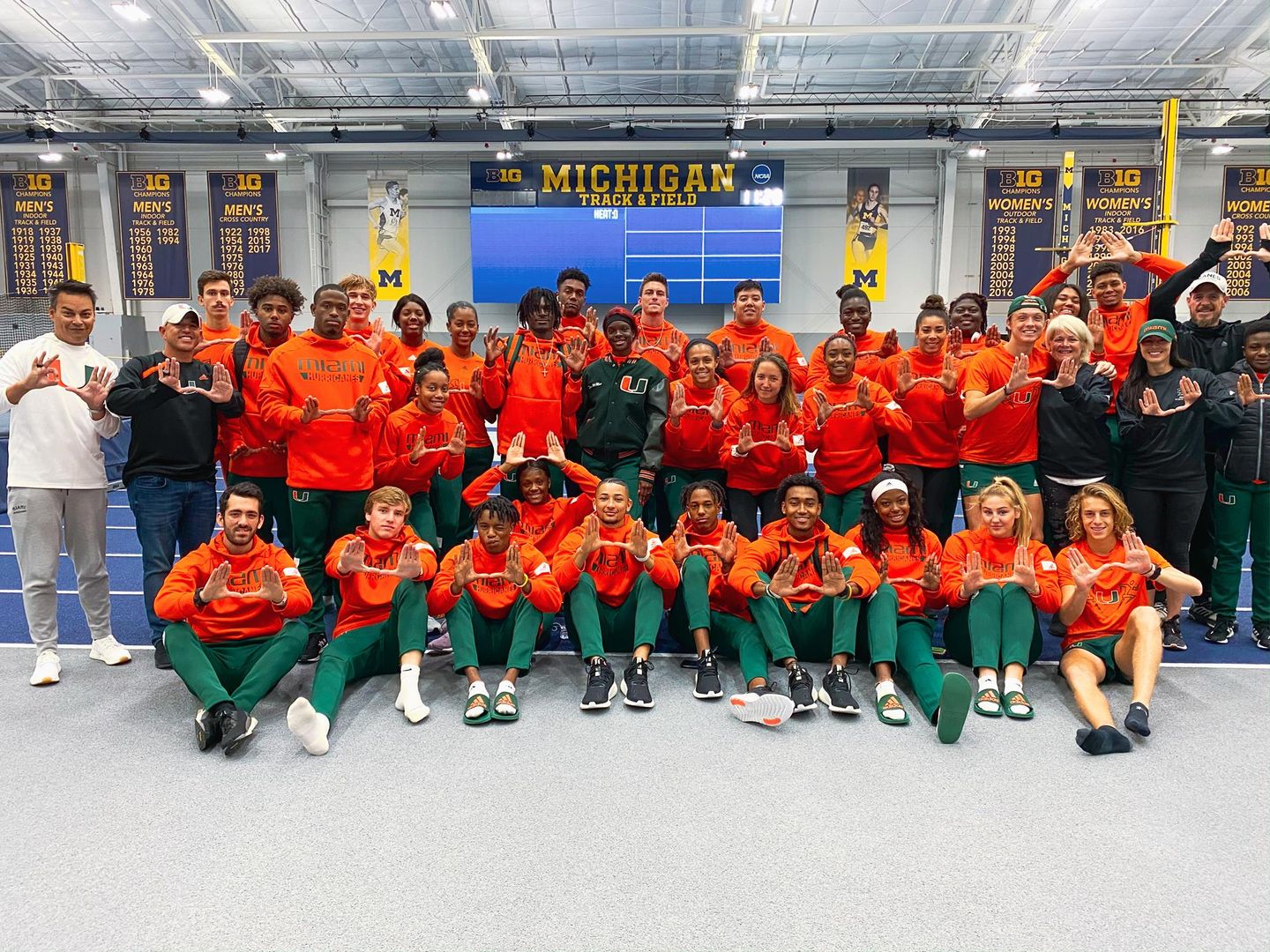 ANN ARBOR, Mich. – The University of Miami track and field program will open the 2020 indoor season at the third annual Wolverine Invitational at the U-M Indoor Track building on Saturday.

Miami will compete against the Wolverines, Michigan State, Bowling Green, Buffalo, Central Michigan, Eastern Michigan and others. Fans can watch tomorrow’s action here or follow along with live results here.

The women – the reigning ACC indoor champions – return a group of highly-touted individuals both on the track and the field. Tiara McMinn returns to the track with Miami’s top time in the 60m hurdles and will also compete in the 200m. McMinn will take the track at 11 a.m. to start the Canes’ season.

Seniors Brittny Ellis and Alfreda Steele will compete in the 400m and 60m, respectively, to compete in their final indoor season of their collegiate careers. Junior Debbie Ajagbe and sophomore Selina Dantzler, both medalists at the 2019 ACC Championships, will compete in both the shot put and weight throw beginning at 11 a.m.

On the men’s side, Raheem Chambers highlights the squad entering the meet with the fastest 60m time at 6.53 seconds. Chambers will return to the track for Miami at 11:43 a.m. in heat 3 of the prelims. Hasani Knight and transfer Jeffrey Uzzell will also join Chambers in the 60m.

The men’s jump squad will feature three freshmen –  Kevin Snyder, Russell Robinson and Trey Austin – making their debuts for the Canes in both the triple jump and long jump.

Saturday’s meet is the first of four indoor meets the Canes will take part in prior to ACC Indoor Championships at Notre Dame.

A complete list of the Canes competitors are listed below.