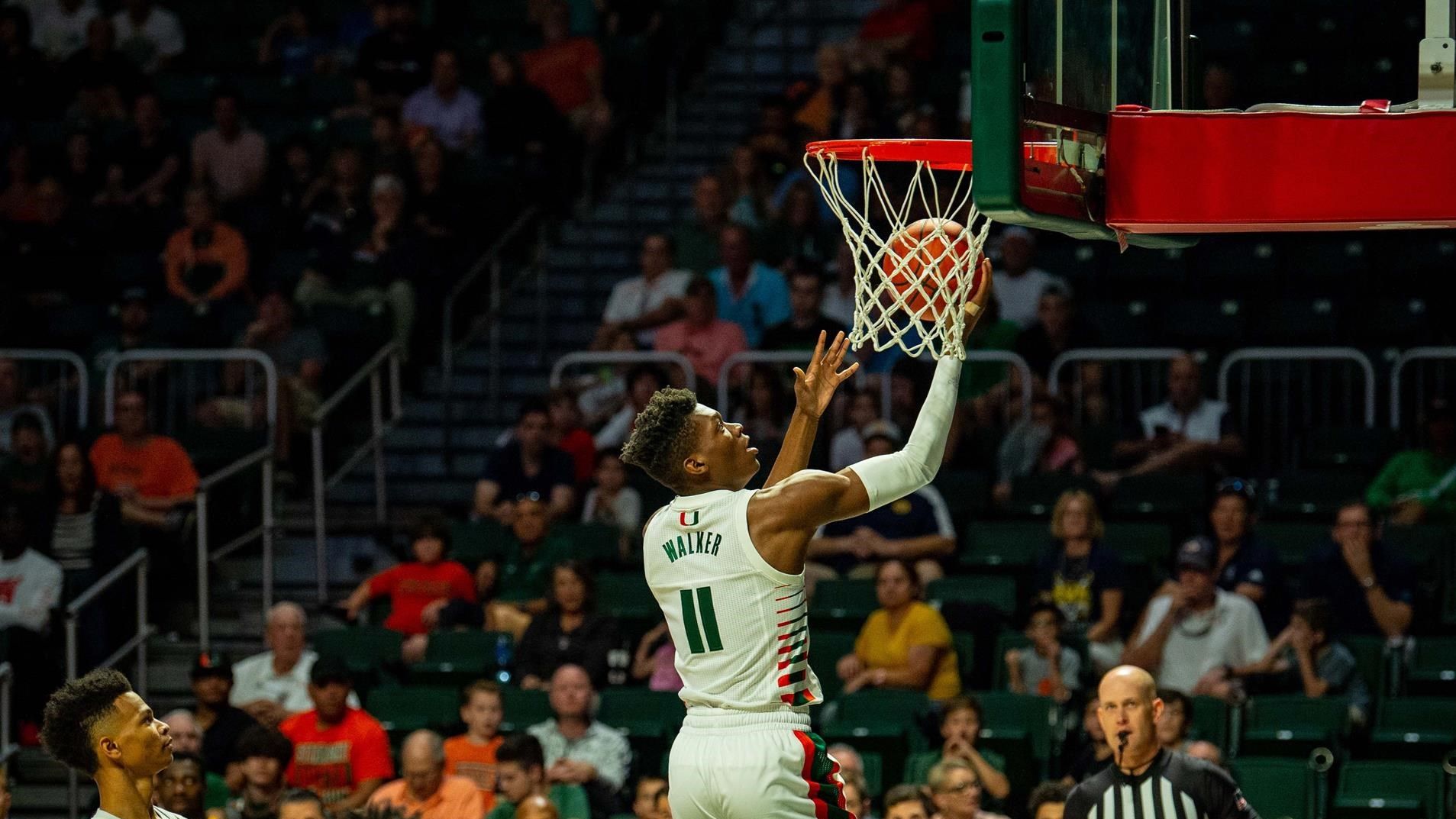 The contest will be broadcast live on ACC Network HERE, with Mike Monaco and Malcolm Huckaby on the call. Joe Zagacki and Danny Rabinowitz will have the radio broadcast on 560 The Joe WQAM HERE, while action can also be heard on WVUM 90.5 FM HERE and in Spanish on WMYM 990 AM HERE. Live stats for the game can be found HERE.

Sunday is also Miami’s “Coaching for Literacy” game, as the Hurricanes look to raise awareness and money towards combating childhood illiteracy. Fans can donate HERE.

Miami owns a 22-18 all-time ledger against Pittsburgh, including a 13-7 mark at home and a 6-1 record under ninth-year head coach Jim Larrañaga. The Hurricanes’ six-game winning streak against the Panthers is their longest against any ACC foe. In the teams’ most recent matchup, Miami tallied a 76-63 home victory on March 5, 2019.

The Hurricanes are coming off a 74-58 setback Tuesday night at No. 13/11 Louisville. Trailing, 30-10, early, Miami cut its deficit to five multiple times in the second half and trailed just 59-54 with under four minutes left, but the Cardinals closed with a strong offensive push on their home court.

Pittsburgh is 11-4 (2-2 ACC) on the season after posting its first road win over North Carolina, 73-65, Wednesday night. Sophomore guard Trey McGowens is the team’s leading scorer at 12.9 points per game.

The Hurricanes head to Raleigh, N.C., after meeting the Panthers, as they take on NC State Jan. 15 at 7 p.m. at PNC Arena, live on RSN.