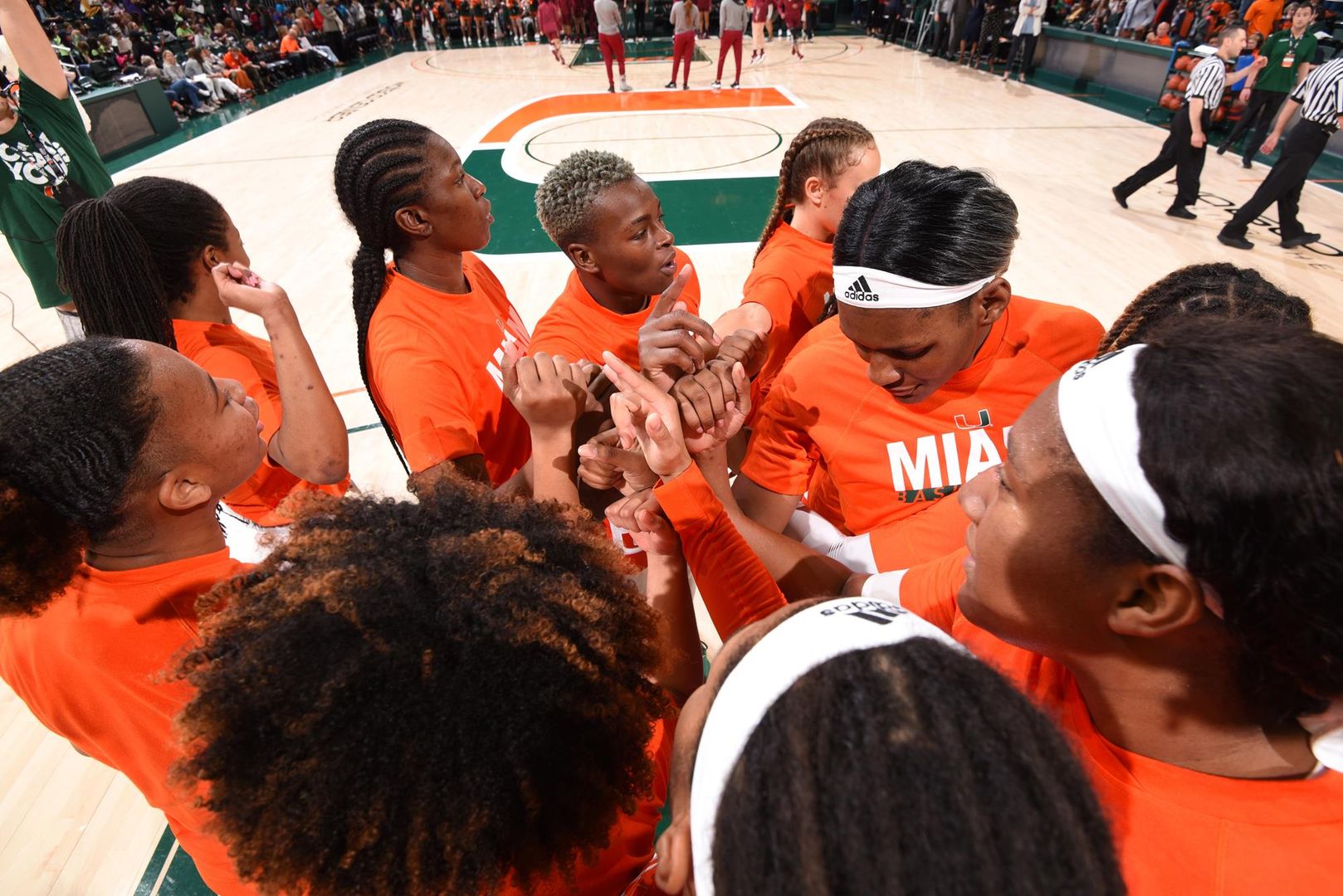 Miami Continues Homestand Against No. 7 Louisville

CORAL GABLES, Fla. – The Miami women’s basketball team welcomes its second top-10 team in as many days on Thursday when it hosts No. 7/7 Louisville for the second game of a three-game homestand. Tipoff is set for 8 p.m. and the game will air on ACC Network with Pam Ward and Debbie Antonelli on the call. Fans can also listen to the game on WVUM 90.5.

This will be just the seventh meeting between the two programs as Louisville did not join the ACC until the 2014-15 season. The Cardinals hold the 4-2 series edge over the Canes and Miami is 0-2 against Louisville when playing at home.

A pair of wins for the Canes bookend the series with the first coming in 1989 and the second coming 20 years later in 2019. Miami knocked off No. 2/2 Louisville on the road a season ago, marking the first win over a top-3 opponent in Miami program history. Three of the six meetings between the schools have been decided by single-digits.

Louisville enters Thursday’s contest 14-1 overall with a 3-0 record in ACC play. The Cards are riding a six-game win streak and have beaten a pair of ranked teams this season, including then top-ranked Oregon. Louisville’s only loss of the season was a 67-60 setback at Ohio State on Dec. 5.

Junior guard Mykea Gray continues to produce for the Canes, recording her sixth straight double-digit outing on Sunday against Florida State. The guard ranks second on the team in scoring (12.1 points per game).

Gray’s 21 points against Florida State was a new season-high, with 10 of those 21 points coming in the fourth quarter alone. The Maryland native has recorded 50 double-digit outings in her career and is just 29 points away from 1,000 career points.