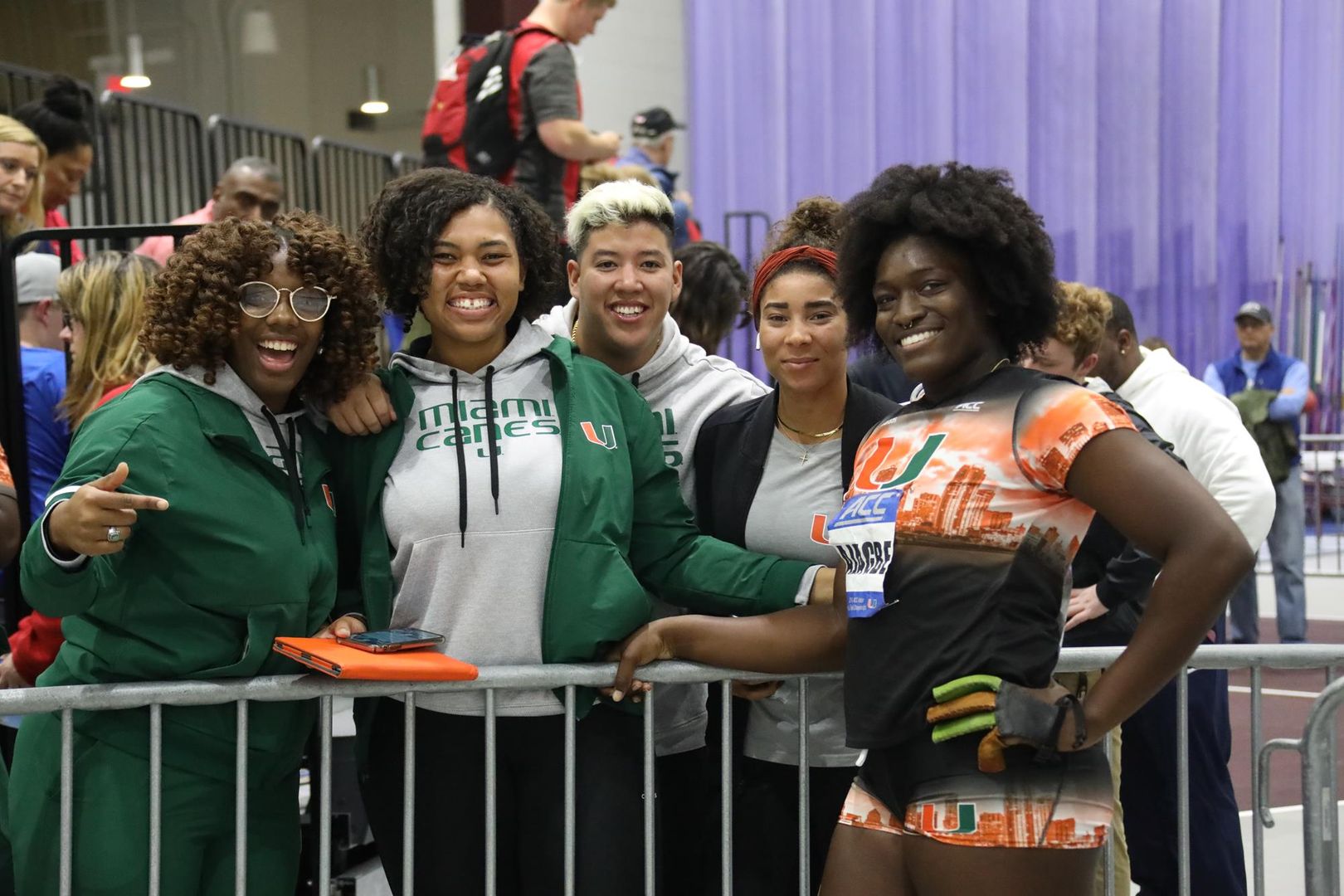 CORAL GABLES, Fla. – The University of Miami women’s track and field team enters the 2020 season ranked at No. 24, as announced Wednesday afternoon by the USTFCCA.

Tiara McMinn boasts Miami’s top track rank entering the year with a time of 7.95 in the 60 hurdles. The 2019 ACC indoor 60m hurdles champion holds the third-fastest time in the event in the NCAA. Redshirt senior Brittny Ellis ranks fifth in the 400m with her time of 52.19 seconds, while senior Alfreda Steele led the squad ranked in both the 60m and the 200m.

Kayla Johnson’s program-record time of 2:05.21 in the 800m is the final track score to help Miami move up one spot in the preseason rankings from 2019.

Sophomores Molly Caudery and Selina Dantzler appear in the preseason rankings for the first time. Caudery’s mark of 4.18m in the pole vault, which ranks second all-time in Miami history, ranks 21st. Dantzler, who finished third at the ACC Indoor Championship in the shot put with a personal-best mark of 15.90m, ranks 34th in the event entering her second season with Miami.

Junior Debbie Ajagbe rounds out Miami’s ranked marks with her mark of 20.75m in the women’s weight throw.

Miami’s men’s team enters the season ranked at No. 40, the highest the team has been ranked in the last 10 seasons. Senior Raheem Chambers highlights the squad with the nation’s fastest time in the 60m dash at  a UM-record 6.53 seconds.

Redshirt junior Kevin Arreaga’s mark of 20.75m in the weight throw ranks 20th in the nation and second in program history.

The National Team Computer Rankings are compiled by a mathematical formula based on the NCAA Division I Descending Order Lists. Marks from previous seasons are included until enough data can be drawn from the current season and current freshmen aren’t included in the rankings until they compete in an outdoor meet. The purpose and methodology of the rankings is to create an index that showcases the teams that have the best potential of achieving the top spots in the race for a national title. Ranking points don’t equate with points that will be scored at the NCAA Division I Outdoor Track & Field Championships.

The Canes open the season at the Michigan Invitational on Jan. 11.