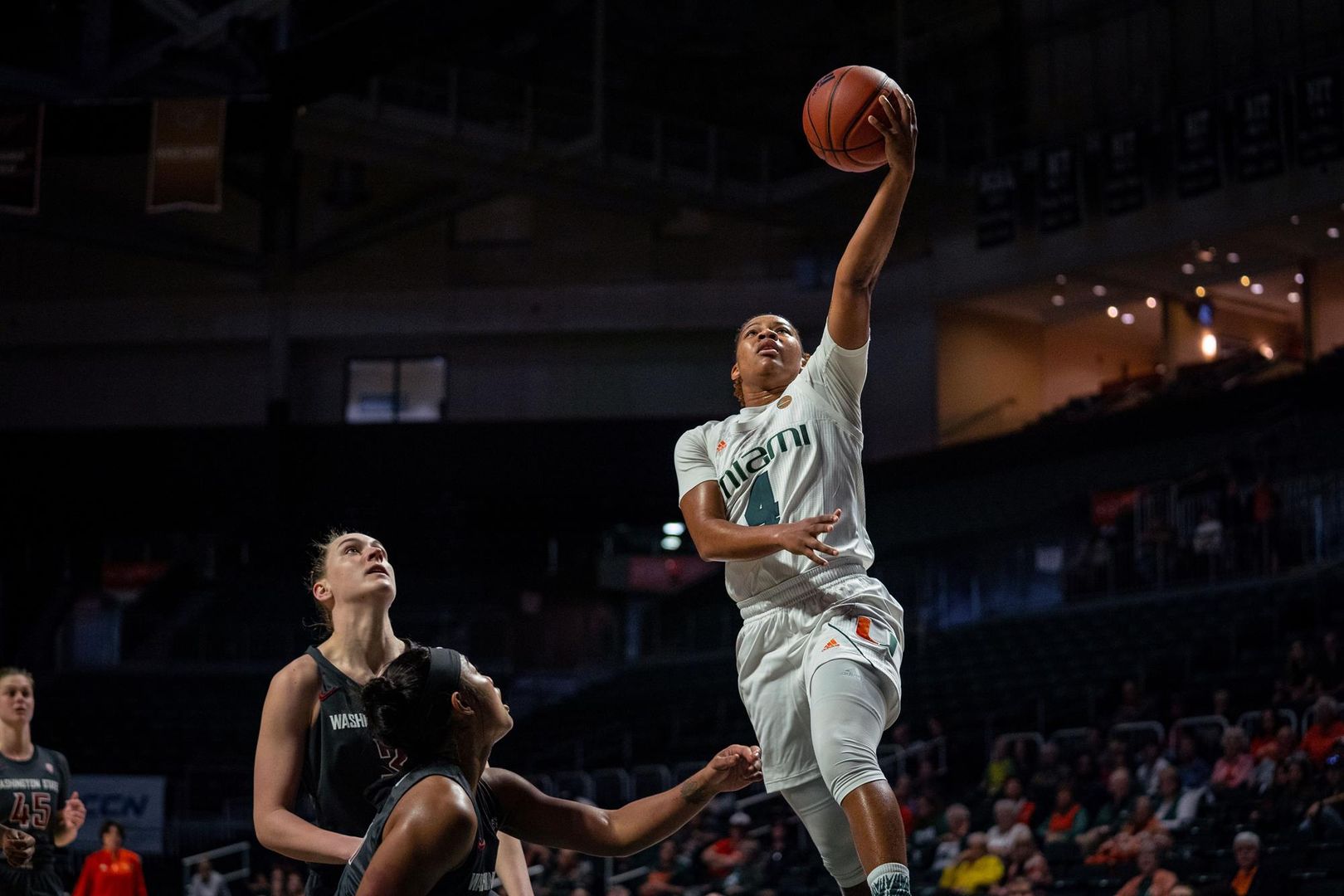 CORAL GABLES, Fla. – The Miami women’s basketball team starts Atlantic Coast Conference play on Sunday when they host Wake Forest for a 2 p.m. game at the Watsco Center. The game will air on ACC Network with Tiffany Greene and LaChina Robinson on the call. Fans can also listen to the game on WVUM 90.5.

This will be the 22nd overall meeting between the two schools, with Miami holding a 12-9 edge over the Demon Deacons. The Canes have won back-to-back games against Wake Forest, with the most recent victory coming on Jan. 6, 2019, a 72-57 win for the Canes.

The Canes are entering their 16th season in the Atlantic Coast Conference. In 15 ACC openers, Miami holds a 9-6 record. When playing at home, the Canes are 6-3 in conference openers.

Miami is 115-113 all-time in ACC games, with an 111-103 record under head coach Katie Meier. After posting a 12-4 record in ACC action a season ago, the Canes were picked to finish fourth and fifth in the conference by ACC coaches and the Blue Ribbon Panel, respectively.

The Canes closed out the non-conference schedule with a win, topping the Washington State Cougars, 74-68, on Dec. 21. With the win, Miami won its 13th Miami Holiday Classic title and the first since the 2016-17 season.

Wake Forest finished non-conference play with a 7-4 record, including winning its last three games. When playing on the road, the Demon Deacons are 1-2 this season, with the only win coming at Elon, a 69-57 victory on Nov. 25.