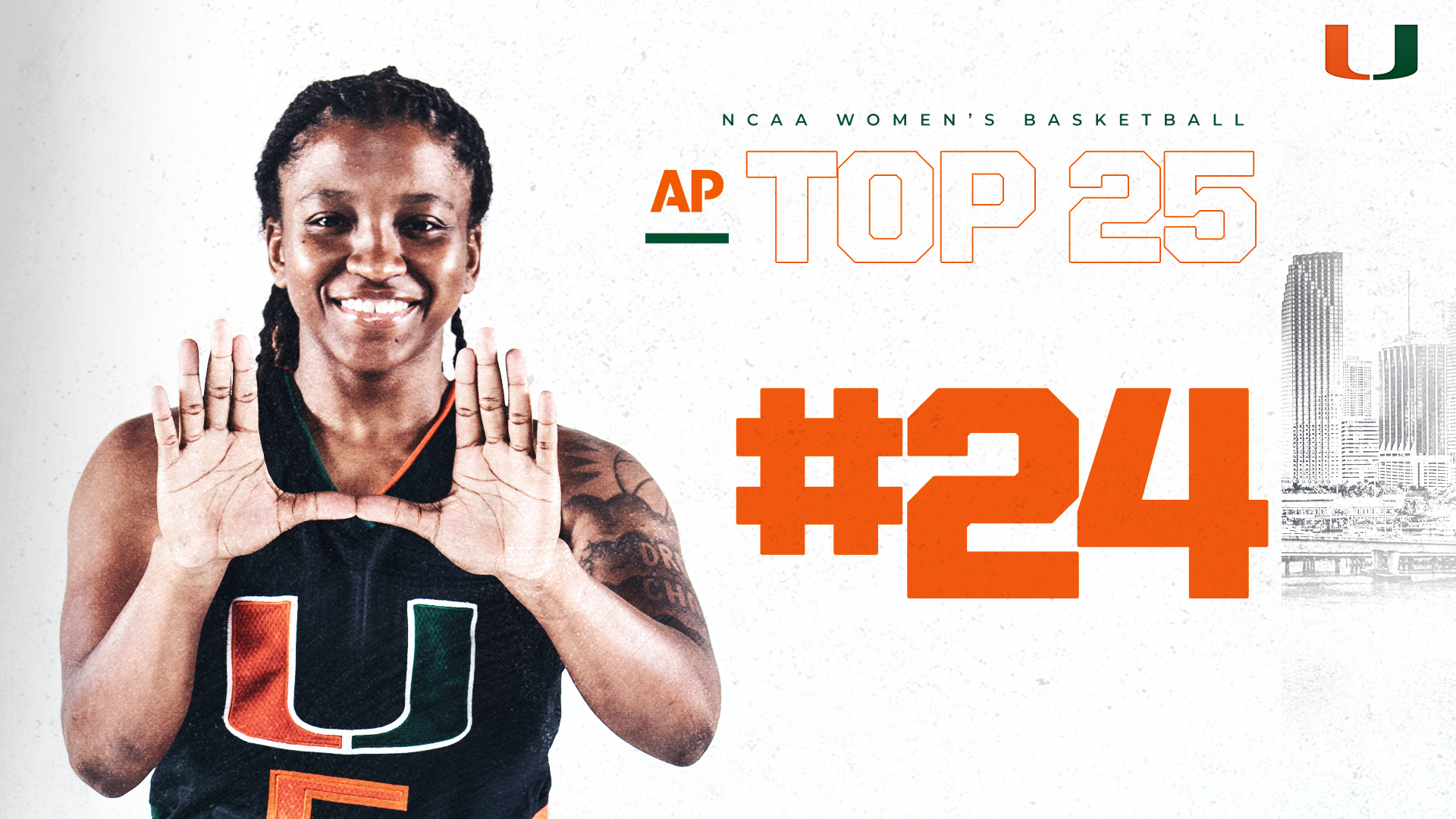 Canes WBB Back in AP Top 25

CORAL GABLES, Fla. – The University of Miami women’s basketball team is back in the Associated Press Top 25, checking in at No. 24 in this week’s poll.

The Canes posted a perfect 3-0 record last week to move to 8-3 heading into conference play. Miami is one of four Atlantic Coast Conference teams featured in the top 25.

Redshirt senior Beatrice Mompremier earned an ACC Co-Player of the Week nod following a week where she recorded three double-doubles in five days.

Head coach Katie Meier and her team are back in action on Saturday when they host Wake Forest to start ACC play. Tipoff at the Watsco Center is set for 2 p.m. and the game will air on ACC Network.