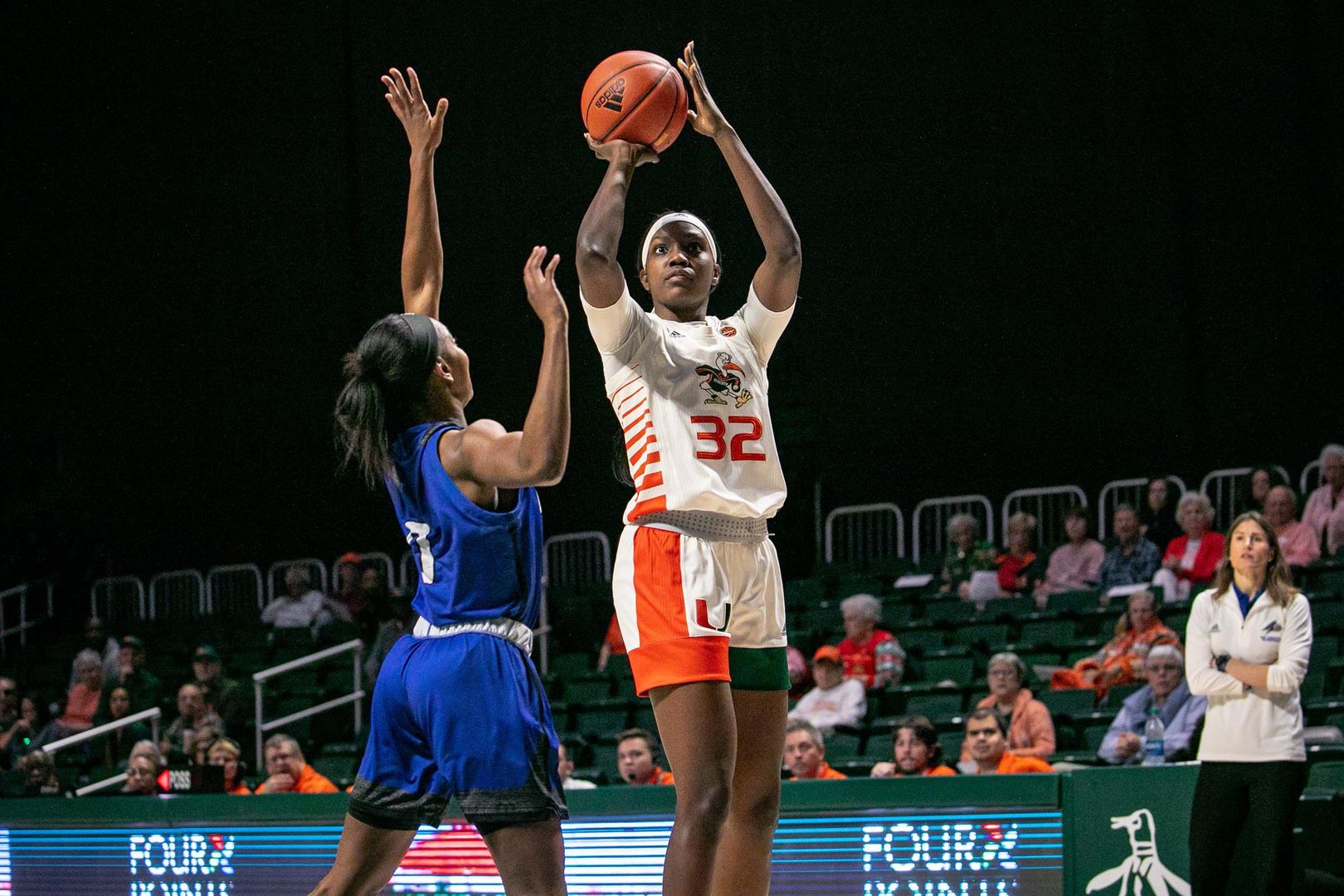 The Miami native posted three double-doubles over five days, averaging 16.7 points and 15.7 rebounds this week. Mompremier tied the record for most rebounds in a game by an ACC player this season with 19 against Washington State. For her play in the Miami Holiday Classic, Mompremier was tabbed to the All-Tournament Team.

The ACC Preseason Player of the Year, Mompremier is the only conference player to rank in the top five in both scoring (fifth – 17.9) and rebounding (third – 10.4) this season.

This is the fifth ACC Player of the Week honor for Mompremier during her time at Miami and the second this season.

Mompremier and the Hurricanes tipoff off ACC play on December 29 when they host Wake Forest at the Watsco Center. The game is set to start at 2 p.m. and will air on ACC Network.