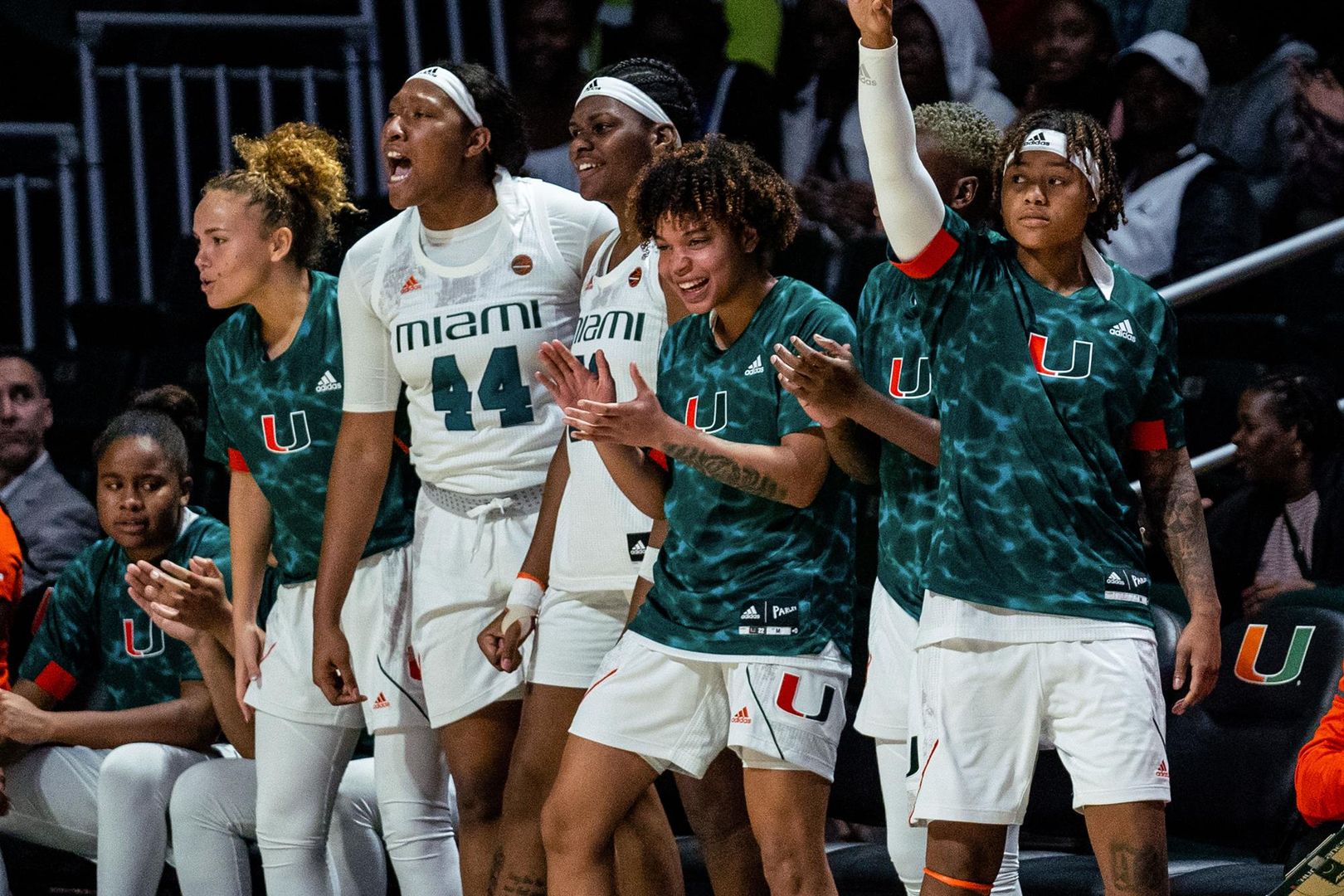 CORAL GABLES, Fla. – The Miami women’s basketball team closed out non-conference play with a 74-68 win over Washington State on Saturday morning at the Watsco Center. With the win, Miami won their 13th Miami Holiday Classic title and the first since the 2016-17 season.

“At halftime, I asked the team if they thought they were playing hard enough to beat a Pac-12 opponent and collectively they said no,” head coach Katie Meier said. “The team made some adjustments and the veterans really recognized the big moments and capitalized on them.”

The ACC Preseason Player of the Year, Beatrice Mompremier, put on a show against Washington State with 15 points and 19 rebounds in the contest for her second straight double-double. Junior Kelsey Marshall led all scorers with 18 points, while juniors Endia Banks and Mykea Gray both reached double figures with 14 and 15 points, respectively.

Mompremier, Marshall and Gray all earned a spot on the Miami Holiday Classic All-Tournament Team.

Miami dominated the glass on Saturday, outrebounding Washington State 43-31. The Canes showed their composure down the stretch, drawing 21 fouls, while committing only 10 of their own.

The game started as a back-and-forth affair with the Canes and the Cougars trading the lead throughout the first half of play. However, a 16-12 second quarter in favor of Washington State put the visitors up 35-32 at halftime.

Miami regrouped in the locker room and came out electric to start the second half. Back-to-back 3-pointers by Marshall highlighted a 14-0 run by the Canes, who took their largest lead of the night at 10 points with 3:22 to go in the third.

The Cougars battled back and retook the lead halfway through the fourth quarter but back-to-back layups by Mompremier and a dagger three by Marshall at the 3:38 mark put the Canes back on top. Banks and Gray each sank a pair of critical free throws in the closing minutes to give Miami the victory.

Conference play is here as the Canes host Wake Forest on Dec. 29 for the first Atlantic Coast Conference game of the season. Tipoff is set for 2 p.m. and the game will air on the ACC Network.

“Every game in the ACC is an opportunity and that is one of the reasons that I wanted to coach in this league,” Meier said. “No one is really a favorite in the ACC and if we go out there and play Miami basketball, we will get some really nice wins.”