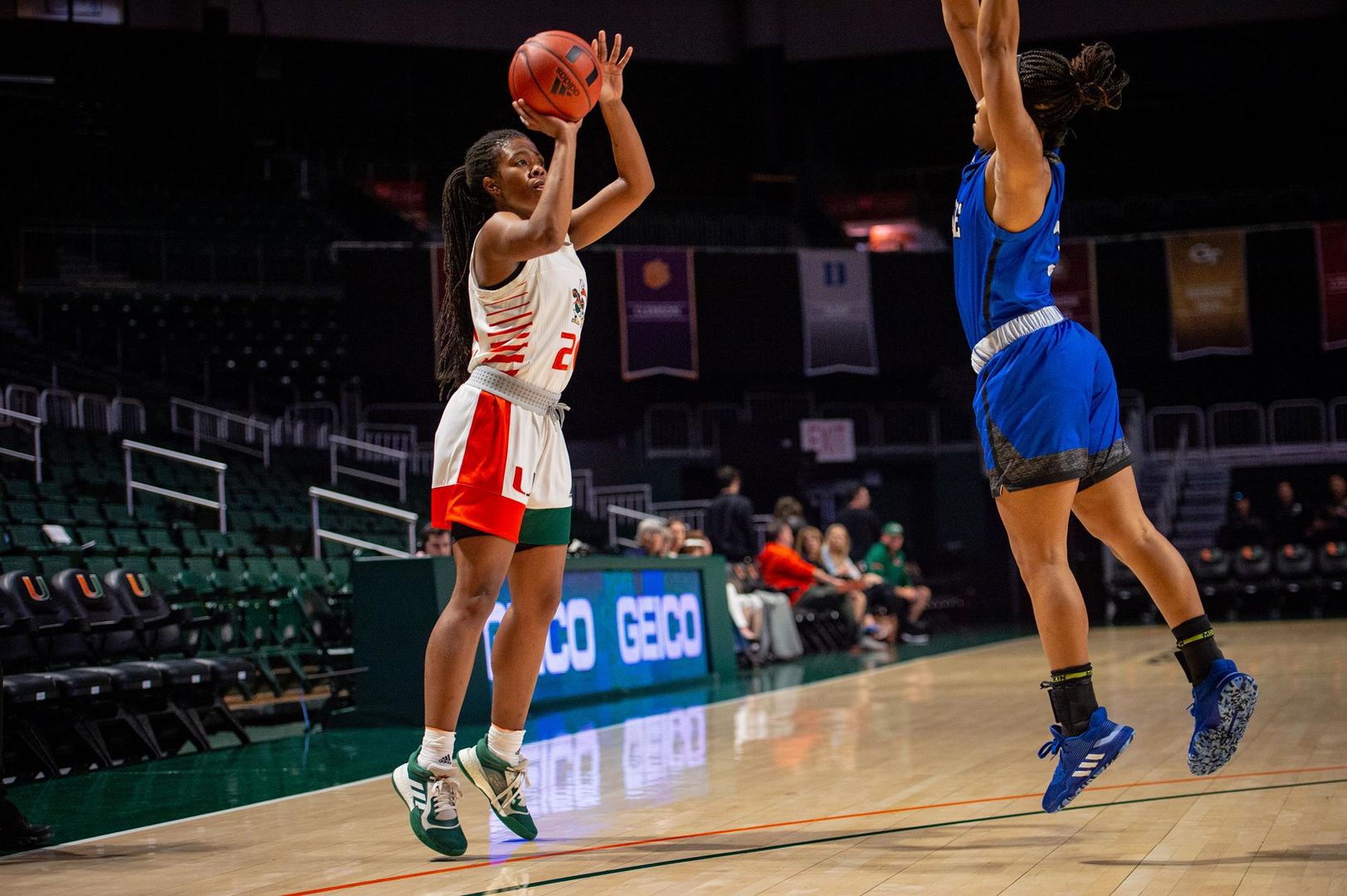 CORAL GABLES, Fla. – The Miami women’s basketball team put on a defensive show on Friday afternoon, defeating the UNC Asheville Bulldogs, 75-46, in the opening game of the Miami Holiday Classic.

“I’m starting to feel like we are getting ready for the ACC because we knew what was the most important thing today,” head coach Katie Meier said. “It was all about keeping this team under 40 to beat them, which we did, so I think that was a heck of statement.”

Miami held UNC Asheville to just 46 points in the contest, almost 20 points lower than their scoring average of 64.7 points per game. The Canes shut down the Bulldogs’ offense in the second quarter, allowing no points in the frame, a first in program history since changing to the quarter system in 2015.

For the second game in a row, redshirt senior Beatrice Mompremier recorded a double-double, pouring in 17 points on 8-of-11 shooting to go along with 12 rebounds. The threes started to fall for the Canes as they shot 36 percent from distance, including a 3-of-5 effort by junior Kelsey Marshall.

“My starters were very unselfish and very efficient,” Meier said. “I think they were about 61 percent from the field in the game. We played great defense and were mature on the offensive end and I’m really happy with that effort.”

Miami set the defensive tone early, limiting the Bulldogs to just nine points in the first half. On the offensive end, the Canes put up 45 points in the first 20 minutes, knocking down 59.3 percent of their shots. Across the first and second quarters, Miami went on a 23-0 to take a strong 36-point lead into the locker room.

Playing lockdown defense in the first half, the Canes did not allow UNC Asheville to score a basket for over 19 minutes of play. The Jags offense produced in the second half, outscoring the Canes 37-30, but the damage was done and Miami walked away with the 75-46 victory.

Miami is back at the Watsco in less than 24 hours to take on the Washington State Cougars. The game will tipoff at 11 a.m. and will air on ACC Network Extra.

“Washington State is very different,” Meier said. “They are going to move the ball and they have great size. They’ve played a great schedule and play in a great conference so we are going to have to play very disciplined and move the ball a little bit faster.”