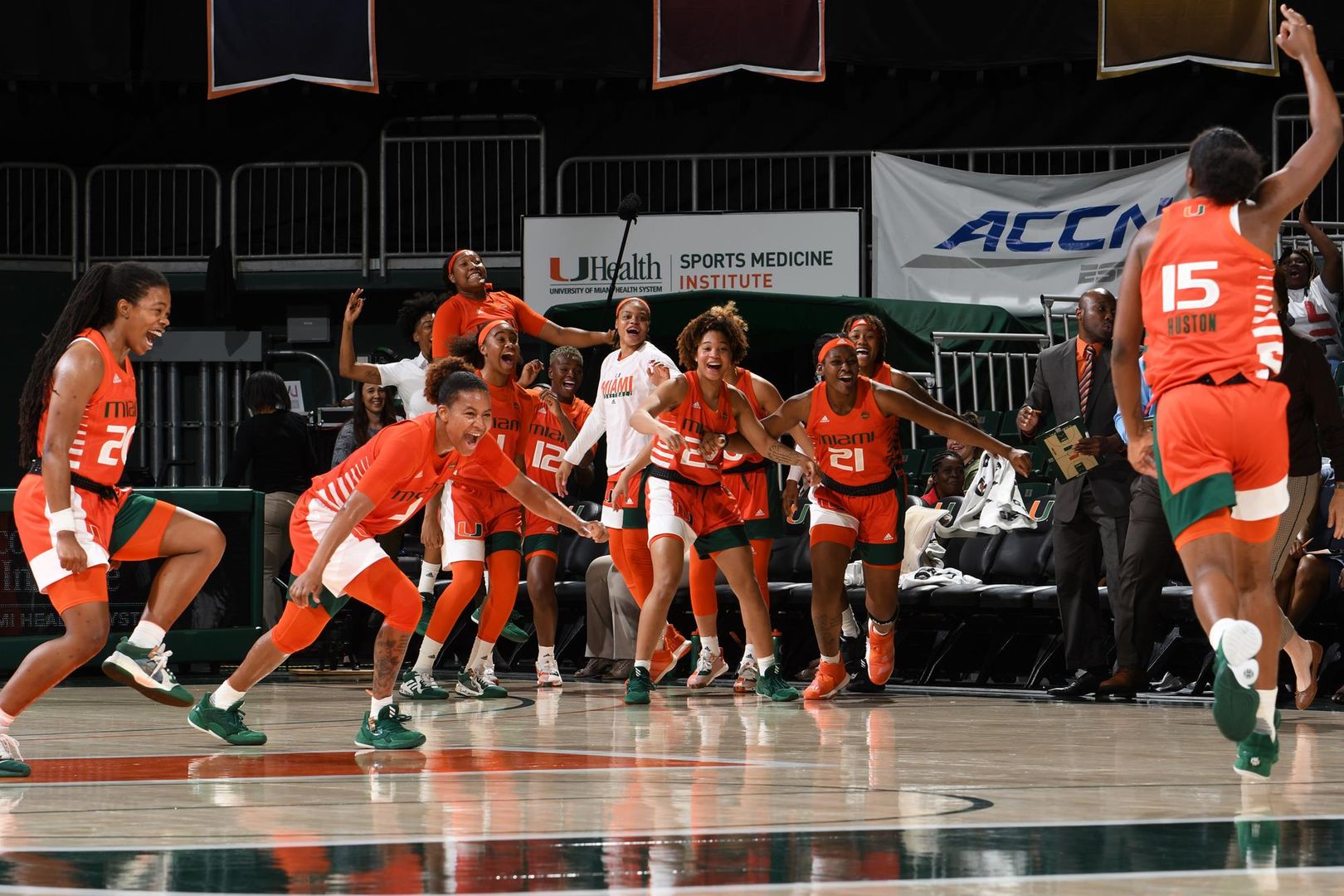 CORAL GABLES, Fla. – The University of Miami women’s basketball team (6-3) handed the Binghamton Bearcats (9-1) their first loss of the season on Tuesday when it defeated the Bearcats, 79-56, at the Watsco Center.

“In the beginning our defense was very sharp and it took team effort and communication,” head coach Katie Meier said. “We are still working out some kinks in our offense but, as long as our energy stays up, we will play a lot of players.”

Four Canes recorded double-digit outings in the win for Miami, led by redshirt senior Beatrice Mompremier, who paced Miami with 18 points. The forward tallied her third double-double of the season with 18 points and 16 rebounds in the contest. Juniors Mykea Gray (15), Endia Banks (12) and Kelsey Marshall (11) also posted double-figures.

The Canes were dominant inside, tallying 52 points in the paint, compared to Binghamton’s 18. On the boards, Miami could not be contained, outrebounding the Bearcats, 58-30, setting a new season-high for rebounds in a game. The Canes have reached the 50-rebound mark three times this season.

“Our play in the paint was clearly an advantage for us,” Meier said. “Not only did our bigs dominate but Banks and Taylor Mason had points in the paint.”

The Hurricanes came out hot to start the game, holding a 21-16 lead after 10 minutes of action. Binghamton surged back in the second quarter to make it a 2-point game with 6:27 to go in the first half, but the Canes mounted a 13-0 run, capped by a 3-pointer by Jamir Huston at the buzzer, to take a strong 38-23 lead into the locker room.

Miami controlled the game in the second half outscoring the Bearcats in both the third and the fourth quarter. Mompremier came alive in the last 20 minutes of play, pouring in 10 points to go along with eight rebounds in the second half. The Hurricanes held Binghamton to 56 points in the contest, the fewest points that the Bearcats have scored this season.

The Canes return to the court on Friday when they host UNC-Asheville at 12 p.m. to kickoff the Miami Holiday Classic at the Watsco Center.