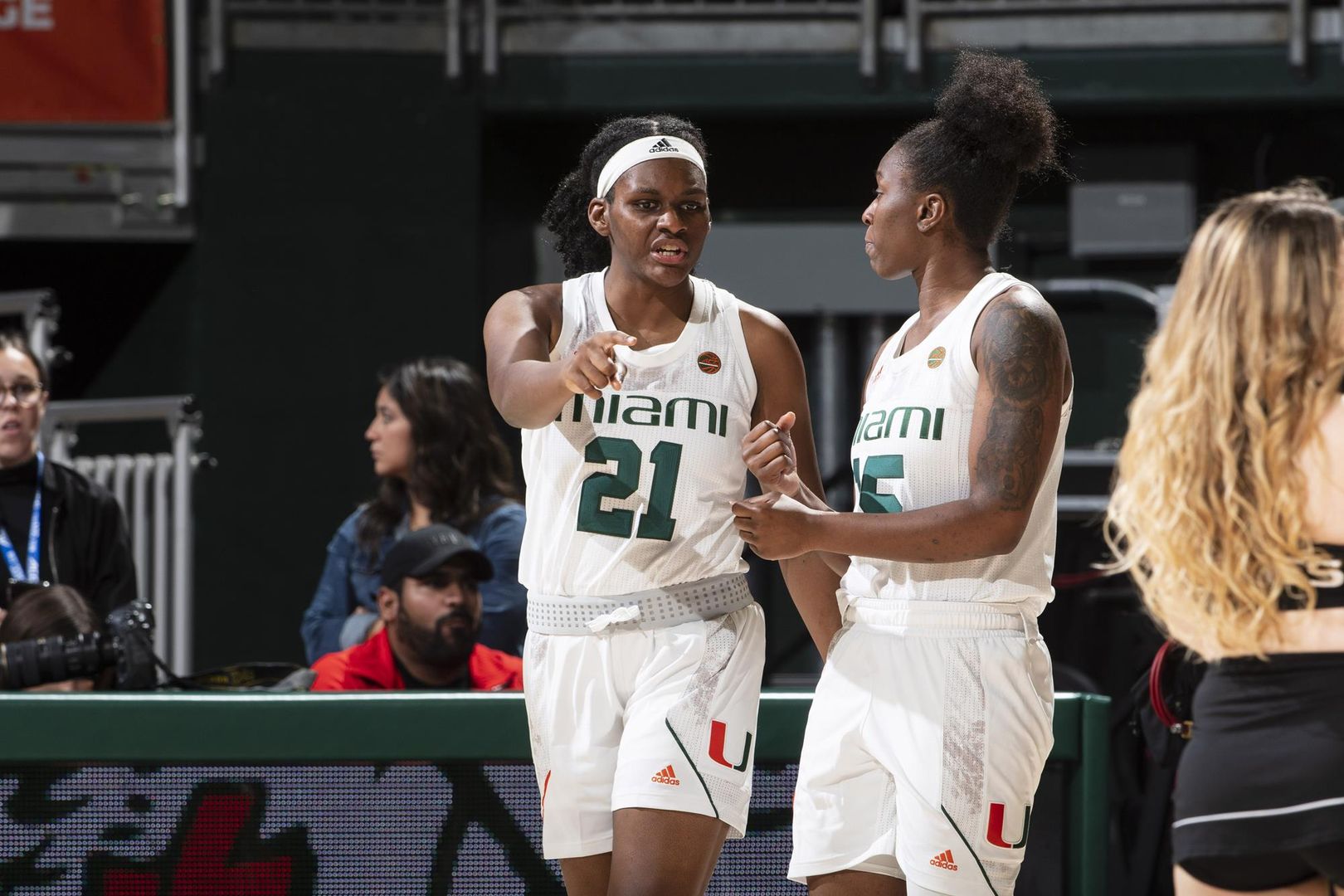 Canes WBB Back in Action on Tuesday

CORAL GABLES, Fla. – Following an almost two-week-break, the Miami Hurricanes (5-3) are back in action on Dec. 17 to take on the undefeated Binghamton Bearcats (9-0). Tipoff is set for 7 p.m. and the game will air on ACC Network Extra with Kevin Rogers and Ruth Riley on the call. Fans can also listen to the game on WVUM 90.5

Miami is looking to move to a perfect 4-0 against Binghamton when they meet on Tuesday. The last time the two teams met, Miami came away with a 68-52 win in Vestal, NY. In their three meetings, the Canes are outscoring the Bearcats by an average of 20.0 points per game.

Last time out, the Canes came up short to No. 14/16 Indiana on Dec. 4 in the Big Ten/ACC Challenge. Junior Endia Banks and redshirt senior Beatrice Mompremier led the Canes with 13 and 11 points, respectively.

Like Miami, Binghamton has been on a break for finals week with its last game coming on Dec. 5. In that game, the Bearcats fended off a strong Cornell team, defeating the Big Red, 59-56. Binghamton’s 59 points were a season-low for a team that is averaging 73.0 points per game this season.

The Binghamton game on Tuesday is the first of three games in five days for the Canes. Miami will host UNC-Asheville and Washington State this weekend for the Miami Holiday Classic at the Watsco Center.