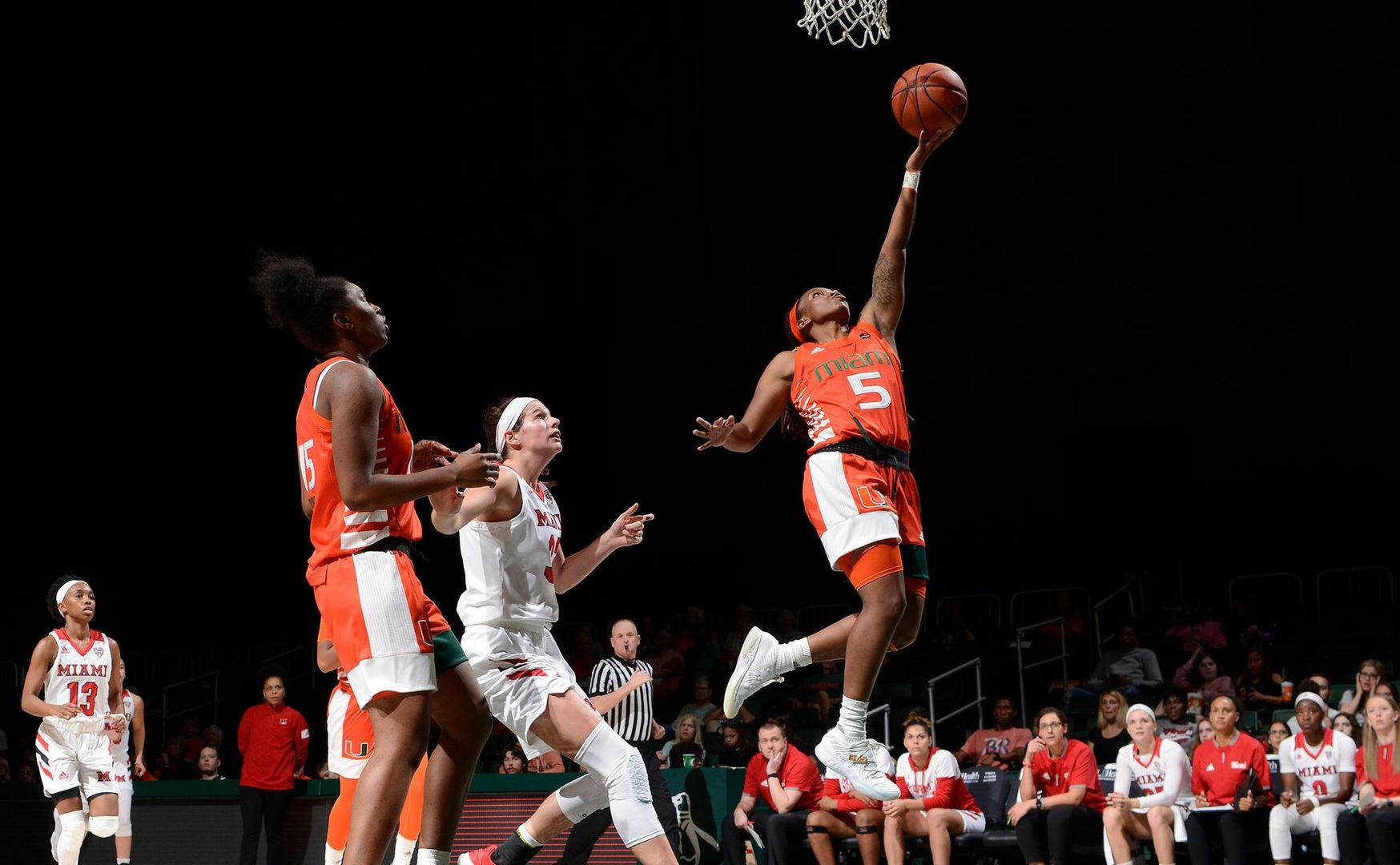 CORAL GABLES, Fla. – The No. 21/22 Miami Hurricanes are set to host the No. 14/16 Indiana Hoosiers on Wednesday night at the Watsco Center for the Big Ten/ACC Challenge. Tipoff for the game is slated for 6 p.m. and the game will air on the ACC Network with Pam Ward and LaChina Robinson on the call. Fans can also listen to the game on WVUM 90.5.

Miami and Indiana have met three times in program history with the Canes holding the 2-1 edge. The most recent meeting between the two schools came on Dec. 20, 2015 when the Canes defeated the Hoosiers 89-75 in the final game of the Miami Holiday Classic.

The Hurricanes recorded their third double-digit win of the season with an 80-62 victory over the Miami (OH) Redhawks on Saturday at the Watsco Center. It was truly a team effort as every single Hurricane scored in the contest, a first for Miami this season. The bench was a key factor for Miami, accounting for 40 of the Canes’ 80 points in the game.

The Hoosiers are coming off a 2-1 outing at the Paradise Jam. The highlight of the Jam for Indiana was a 71-57 victory over then-fifth-ranked South Carolina in the first game of the tournament. The Hoosiers were then tagged with their first loss of the season against then-second-ranked Baylor before closing out the Jam with a 34-point victory over Washington State.

About the B1G/ACC Challenge
For the 11th time in program history, the Hurricanes will compete in the Big Ten/ACC Challenge. Miami is 6-4 overall in the Challenge and 4-2 when playing at home. In 10 games, the Canes are averaging 67.9 points per Challenge game.

As a conference, the ACC is 8-0-3 in the Big Ten/ACC Challenge and has won the last three Challenges. The ACC boasts an 89-61 overall record in the 12 years that the Challenge has been played.