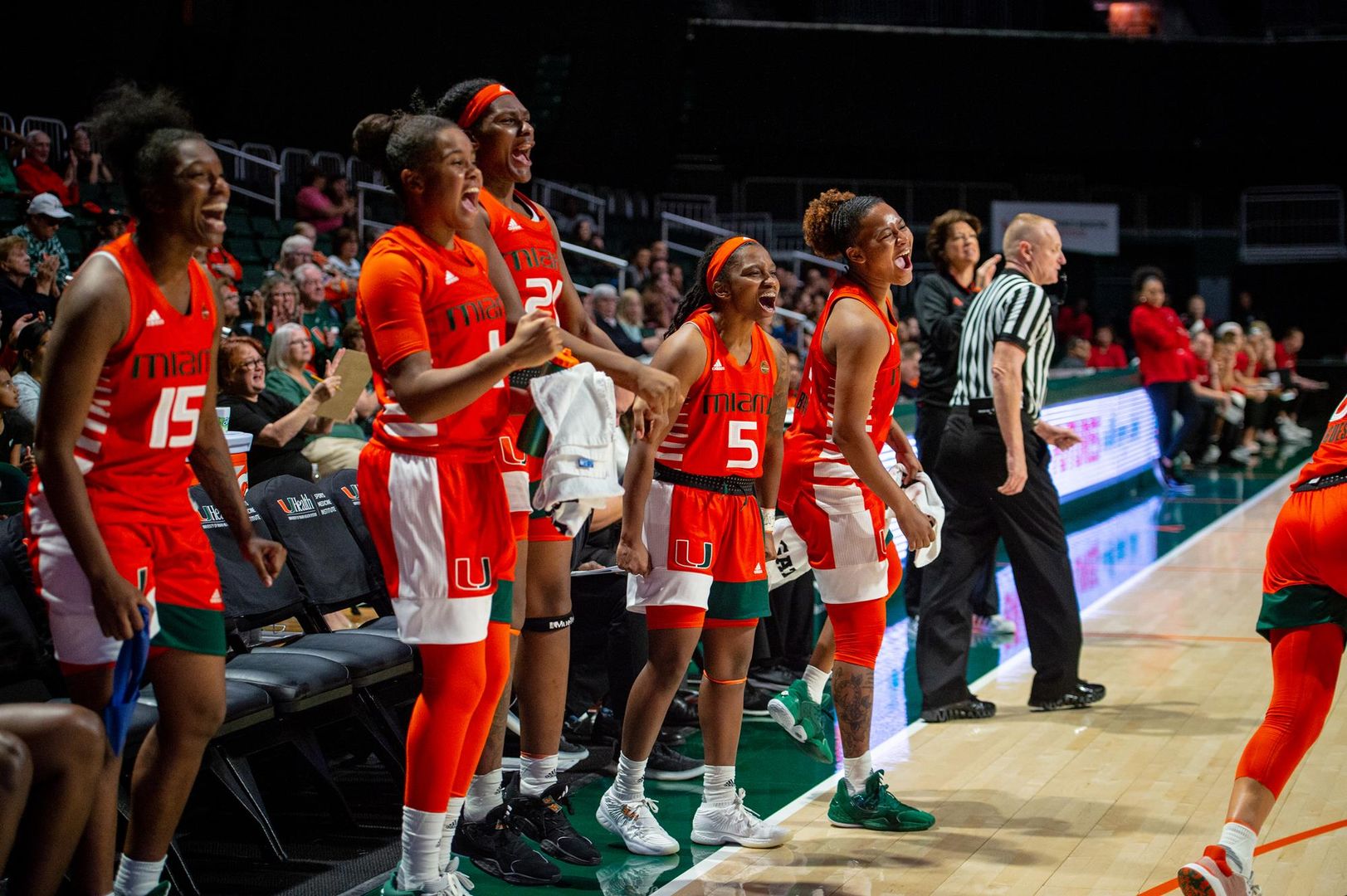 CORAL GABLES, Fla. – The No. 19/18 Miami Hurricanes recorded their third double-digit win of the season with an 80-62 victory over the Miami-Ohio Redhawks on Saturday at the Watsco Center.

“The most important thing is that everybody was concerned about the Miami Hurricanes,” head coach Katie Meier said. “They all just wanted to the give to their teammates and we really cheered and supported our way through the game.”

It was truly a team effort as every single Hurricane scored in the contest, a first for Miami this season. Four Canes recorded double-figure outings, led by redshirt senior Beatrice Mompremier (13 points). The bench was a key factor for Miami, accounting for 40 of the Canes’ 80 points in the game.

The post players were game changers for the Canes as they tallied 50 points in the paint against the Redhawks. Freshman center Sydnee Roby set a new career-high with 11 points in the contest, the first double-digit outing of her career.

“Our bench was huge and I was so proud of our freshman,” Meier said. “I thought Sydnee [Roby] and Brianna [Jackson] were vital. We rebounded like crazy and Jamir Huston, who was the Energizer bunny for us, was a big part of that.”

The freshman class came to work in the first half, accounting for 24 of the Canes’ 43 points. Forward Brianna Jackson got things going early for Miami, pouring in seven points in the first four minutes of action. Fellow freshman Sydnee Roby got Watsco rocking with a converted and-one play at the end of the first frame to give Miami a double-digit lead, 27-16.

The Hurricanes continued to dominate coming out of halftime, extending their lead to 22 points thanks to another and-one conversion, this time by freshman Yasmeen Chang. The Redhawks put up 24 points in the fourth quarter but the Canes walked away with the 80-62 victory, their third 80-point game this season.

Miami continues its homestand on Wednesday when the Canes host No. 17/23 Indiana for the Big 10/ACC Challenge on Wednesday, Nov. 4. The game is set to tipoff at 6 p.m. and will air on the ACC Network.