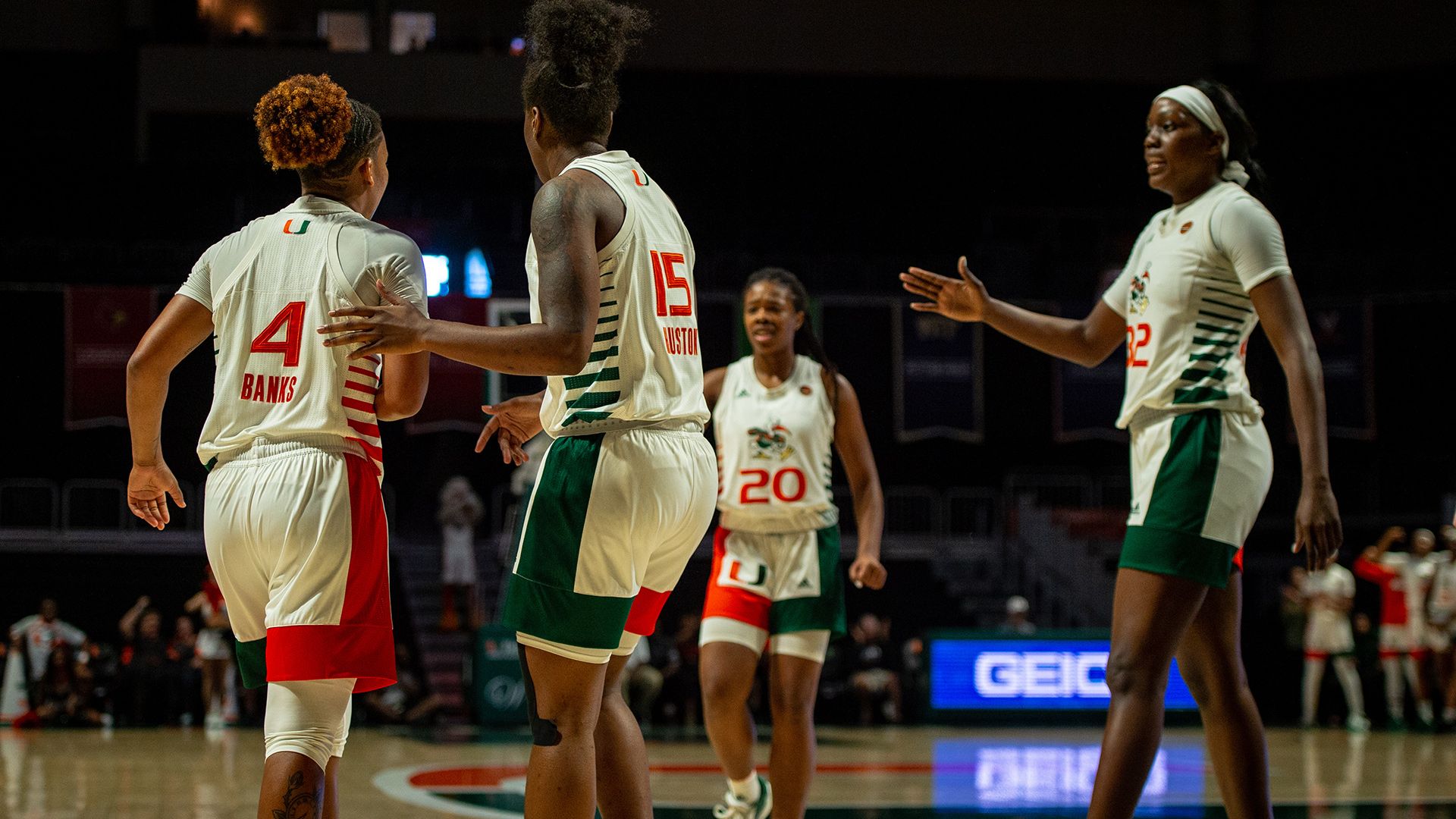 “We need to be better on offensive execution,” head coach Katie Meier said. “I knew that we would be exposed by this great team and we were. We need to make sure that whether or not we are scoring an individual does not determine our effort.”

Redshirt senior Beatrice Mompremier paced the Canes in both points (13) and rebounds (seven), while junior Endia Banks joined Mompremier in double figures with 12 points of her own.

The game remained competitive through the first 10 minutes, as both teams took a lead in the first quarter. However, the Beavers got hot from 3-point range in the second quarter, knocking down 4-of-6 shots to take a 36-28 lead into halftime.

Oregon State started the second half on a 9-0 run to go up by 17 and the Beavers maintained their double-digit lead through the rest of the game. Oregon State’s Mikayla Pivec led all scorers with 21 points in the game.

The Canes are back in action on Saturday, Nov. 30 when they host the Miami (OH) Redhawks for the final game of the Miami Thanksgiving Classic. The game is set to tipoff at 4:30 p.m. and will air on ACC Network Extra.