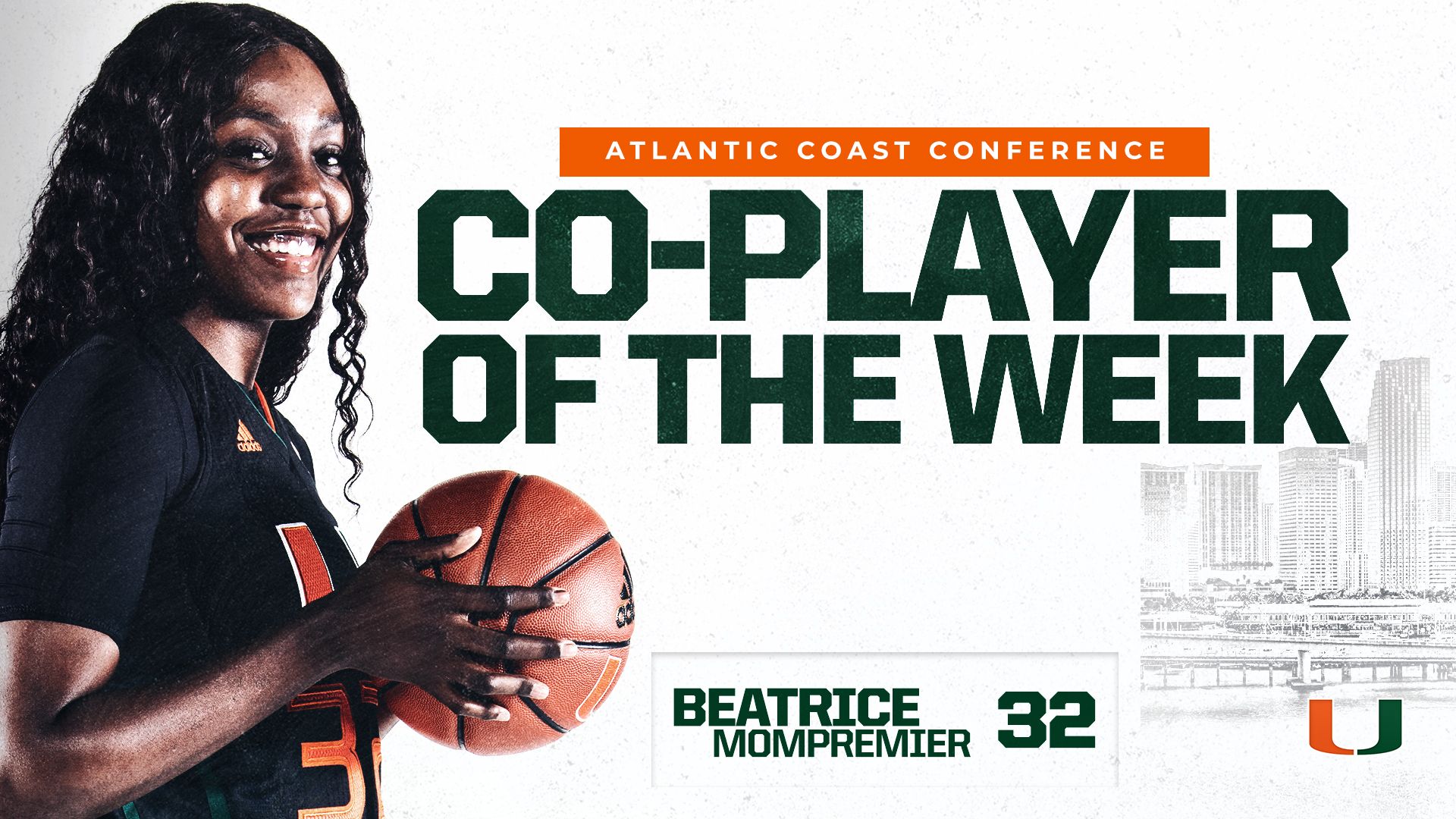 The ACC Preseason Player of the Year, Mompremier currently leads the league in scoring (20.2) and ranks second in rebounding (10.2). She is one of three Division I players to average 20-plus points and 10-plus rebounds this season (Ruthy Hebard – Oregon, Ashley Joens – Iowa State).

This is the fourth ACC Player of the Week honor for Mompremier during her time at Miami and the first this season.

Mompremier and the Hurricanes are back at the Watsco Center on Friday, Nov. 29 when they host seventh-ranked Oregon State to tipoff the Miami Thanksgiving Tournament. The game is set to start at 2 p.m. and will air on ACC Network Extra.