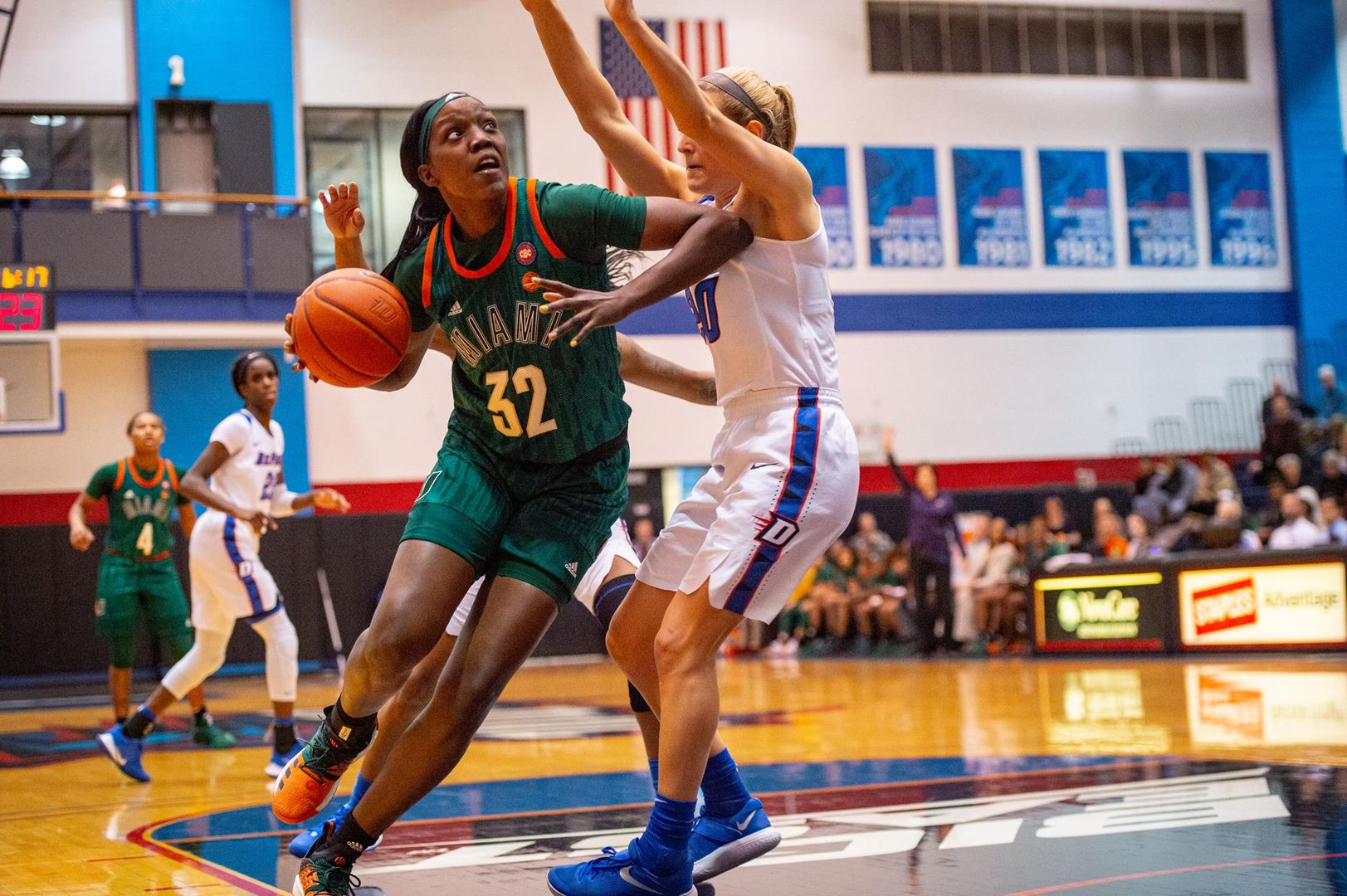 Canes Fall Short to No. 19/20 DePaul in Championship Game

CHICAGO, Ill. – The No. 16/17 Miami Hurricanes came up short, 89-83, at No. 19/20 DePaul in the championship game of the Maggie Dixon Classic on Saturday afternoon. Four Canes scored in double-figures in the six-point loss in Chicago.

Redshirt senior Beatrice Mompremier put on a highlight performance, recording 31 points and 18 rebounds in the contest for her third double-double of the season. Mompremier’s 31 points are not only a career-high for the forward, but also the first 30-point scorer since Adrienne Motley poured in 30 against Washington in 2015.

Mompremier, along with Kelsey Marshall, who averaged 16 points per game in the tournament, were named to the Maggie Dixon Classic All-Tournament Team.

Miami and DePaul traded the lead throughout the first half before the Blue Demons gradually built up a double-digit lead. Down 12 points with 8:27 to go in the game, the Canes rallied to within three of the Blue Demons but could not complete the comeback.

Miami returns to the Watsco Center on Nov. 29 when it hosts No. 5/7 Oregon State to kickoff the Miami Thanksgiving Tournament. Tipoff is set for 2 p.m. and the game will air on ACC Network Extra.