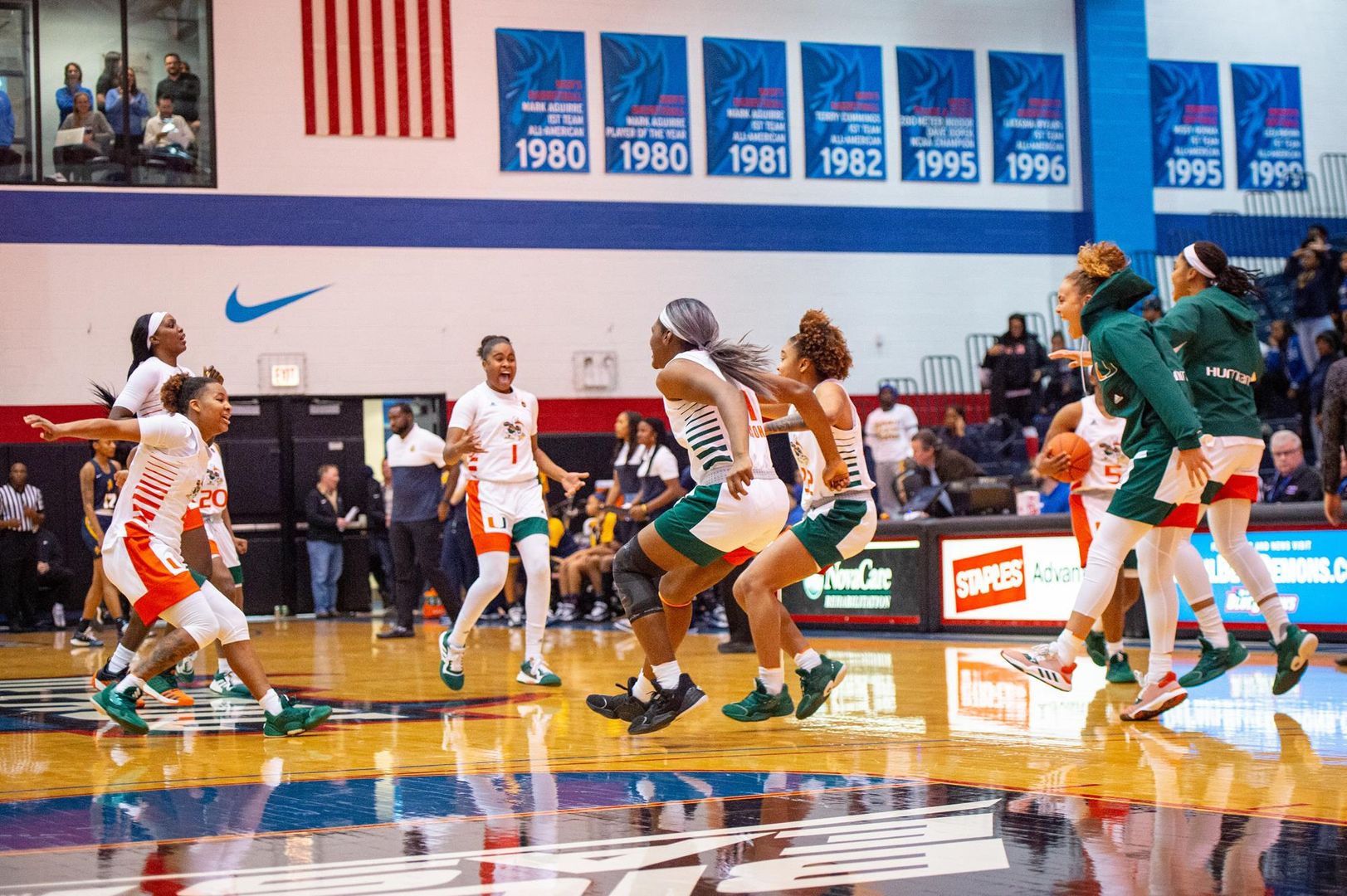 CHICAGO, Ill. – The No. 16/17 Miami Hurricanes completed the comeback in the first round of the Maggie Dixon Classic, defeating the North Carolina A&T Aggies, 68-67, on Friday afternoon at McGrath-Phillips Arena.

Down by two with 23 seconds to go, freshman Moulayna Johnson Sidi Baba hauled in an offensive rebound and dished the ball to a wide-open Mykea Gray in the right corner, who knocked down the 3-pointer to put the Canes up, 68-67.

The Aggies charged down the court but junior Kelsey Marshall was ready, recording a block and a steal in the final seconds. Miami went on a 7-0 run over the last 1:19 of the game to clinch the victory and move to 4-0 on the season.

Gray led all Miami scorers with 19 points in the contest, while Beatrice Mompremier and Marshall joined her in double-figures with 18 and 10 points, respectively. Mompremier buried 3-of-4 shots from the charity stripe in the final minute, and notched critical scores for the Canes in the final five minutes.

With several Canes in foul trouble early in the game, eight different Miami players saw significant minutes in the contest. In the first start of her career, Sidi Baba totaled five points and six rebounds in 25 minutes of action. As a team, the Canes outrebounded the Aggies 40-35, and tallied 20 offensive rebounds in the game. Seven of those 20 offensive boards came in the fourth quarter.

The Hurricanes return to McGrath-Phillips Arena tomorrow to take on No. 19/20 DePaul in the championship game of the Maggie Dixon Classic. Tipoff is slated for 3:30 p.m. and fans can listen to the game on WVUM 90.5