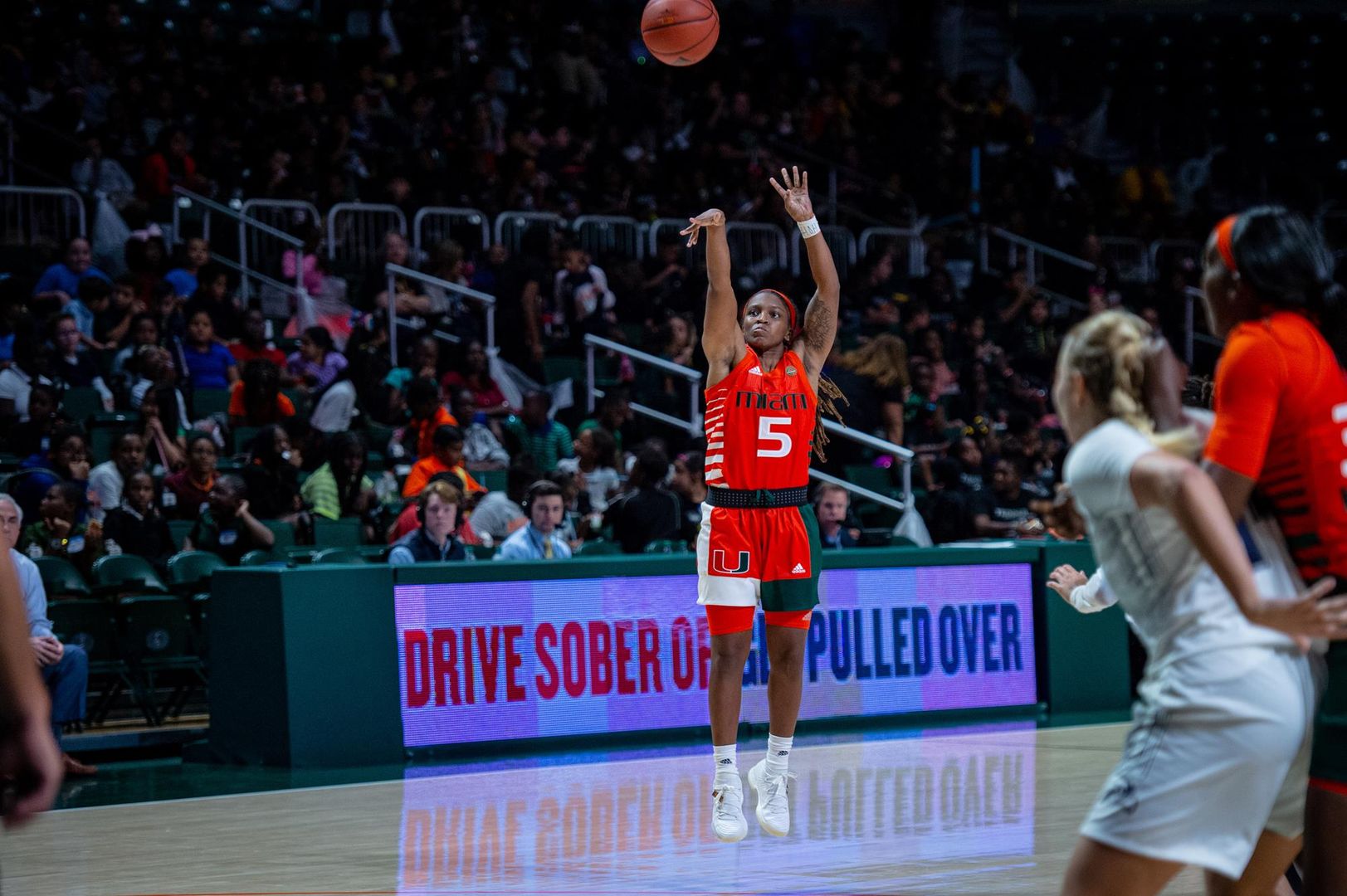 Canes Take On IUPUI On Sunday

CORAL GABLES, Fla. – The Hurricanes continue their non-conference homestand on Sunday, November 17 when they host the IUPUI Jaguars at the Watsco Center. Tipoff is slated for 1 p.m. and the game will air on ACC Network Extra with Alex Schwartz and Ruth Riely on the call. Fans can also listen to the game on WVUM 90.5.

Miami and IUPUI have only met once before in program history, a Thanksgiving week contest in 2001. The Canes dominated the Jaguars, posting a 72-58 victory at home on Nov. 23.

The Hurricanes are 2-0 on the season after recording a 78-55 win over North Florida on Wednesday. For the second game in a row, junior guard Kelsey Marshall paced the Canes in scoring with 16 points in the contest. The Miami bench also came to play, totaling 32 points in the game. Freshmen forwards Sydnee Roby and Brianna Jackson put in work on the defensive end, combining for a trio of blocks and nine rebounds.

The Jaguars are also 2-0 in 2019-20, coming off a 3-point win over Southern Illinois on Tuesday. Four Jaguars are averaging double-digit outings this season led by redshirt Rachel McLimore (18.0 points per game).

Miami is looking to start 3-0 for the 15th time in program history when it takes on IUPUI on Sunday. The Canes have done so five times under current head coach Katie Meier.