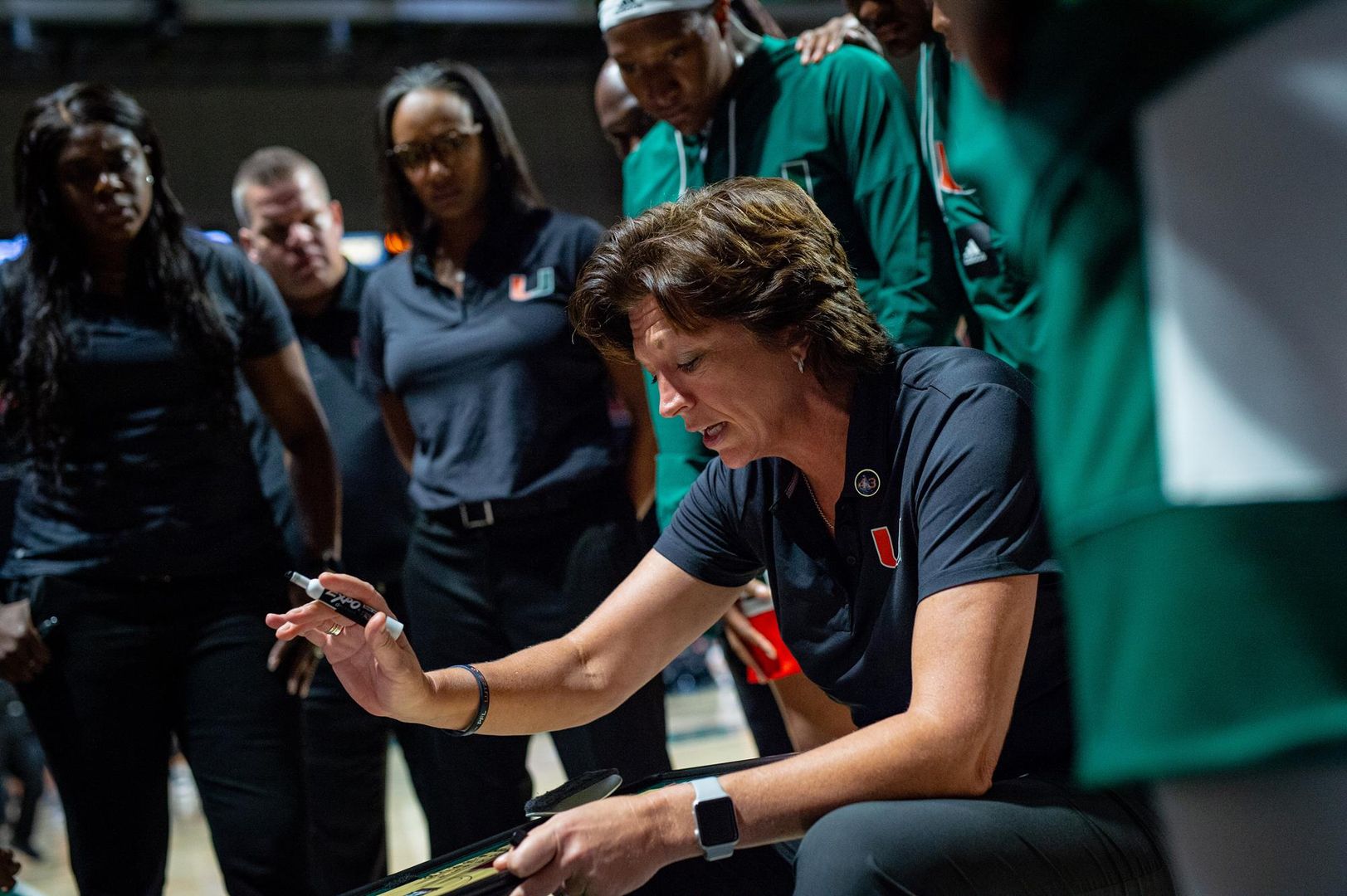 The 2020 signing class features a group of immense talent in Nyayongah Gony, Paula Fraile Ruiz and Naomi Mbandu. The trio is made up of a Top-60 recruit (Gony), a junior college national champion (Mbandu) and an international standout (Fraile Ruiz).

“This was a banner recruiting class for us,” Meier said. “We were very specific and very directed in what we were looking for and I feel like we got exactly what we wanted in this recruiting class, so my compliments to the staff. The future looks very, very bright here.”

A 6-foot, 3-inch forward from Lincoln, Nebraska, Gony is ranked as the No. 56 overall player in the class of 2020 by espnW HoopGurlz. Considered a four-star prospect by multiple major outlets, the forward comes in at No. 13 (espnW HoopGurlz) and No. 30 (ProspectsNations.com) among forwards in the 2020 class and is considered the top recruit in the state of Nebraska.

The Lincoln High standout was just shy of averaging a double-double as a junior, totaling 11.0 points and 9.0 rebounds per game in 2018-19. For her performance, Gony earned Class A All-State honors and was tabbed to the Lincoln Journal Star All-City Second Team in 2018-19.

Basketball runs in the family as Gony’s sister, Nyagoa, is currently a sophomore on the Purdue women’s basketball team. Gony chose Miami over offers from Louisville, Florida State, Nebraska and Purdue among others.

“Nyayongah was a massive target for us,” Meier said. “We loved her length and versatility and that there is nothing that she cannot do on the basketball court. She can shoot, she can rebound, she can score inside, she can play the point guard. When we had her on campus, everybody just fell in love with her.”

Standing tall at 6-feet, 4-inches, Fraile Ruiz has a wealth of international experience, most recently competing at the FIBA U18 Women’s European Championship – Division B in Sarajevo, Bosnia. The forward averaged 5.0 points and 3.8 rebounds in just 11.1 minutes of action throughout the tournament, helping Spain to a fifth-place showing.

Fraile Ruiz posted her best showing of the tournament in the round of 16, totaling nine points and nine rebounds in Spain’s 109-36 victory over Bosnia and Herzegovina.

In 2016, Fraile Ruiz represented her country at the FIBA U16 Women’s European Championship – Division B, taking home the bronze for Spain. The center posted 5.3 points and 3.3 rebounds per game in six contests.

At the club level Fraile Ruiz plays for Spain’s elite program Segle XXI at the senior level in LF2.

“Paula has such grace and athleticism to her game,” Meier said. “She is such a free-flowing post player with great wingspan and incredible touch. Because she has such great international experience, she also has a great skillset, especially with her vision. Her passing can elevate our team, so we are excited about her future and believe that she will develop into one of the most versatile post players in the ACC.”

A little closer to home, Mbandu is currently playing basketball at Gulf Coast State College and is considered the No. 2 junior college prospect in the nation by ASGR Basketball. The forward averaged 8.5 points, 3.3 rebounds and 2.2 assists during her freshman campaign in 2018-19.

A native of Tobes, France, Mbandu represented her country at the 2019 FIBA U20 Women’s European Championship in August. The 6-foot, 1-inch forward averaged 2.9 points and 2.0 rebounds in the tournament, helping France to a third-place finish.

“Naomi is one of the most confident shooters I’ve seen in a long time,” Meier said. “She uses her great size on the perimeter to hunt shots. When she catches it, she knows that it is going to go in. In our system, with the talent that we have, Naomi was a perfect fit and a very needed piece of the puzzle.”

On Miami’s Recruiting Class: The Canes come in with probably the fourth-best class in the Atlantic Coast Conference behind Syracuse, Louisville and Notre Dame. Naomi Mbandu and Nyayongah Gony are both athletic, long, skilled, and can play and guard different positions. They will be a problem on offense and defense for opponents.”

On Naomi Mbandu: “Mbandu is very athletic, versatile, and can play and guard multiple positions. She has a strong inside/outside game and is a matchup nightmare. Mbandu has the ability to be a future WNBA player and will make an impact immediately.”

On Nyayongah Gony: “Gony is athletic, wiry, skilled and has a long wingspan that allows her to be a defensive disruptor. She is a multiple-position player with a high IQ and the ability to shoot the three. Gony has a bright future and the potentiation to make the WNBA when she graduates.”

On Nyayongah Gony: “An Athletic stretch-4 performer with off-the-charts potential; superior length and wingspan provide a defensive presence in the paint; mismatch producer with offensive firepower to the arc; attacks the basketball off the dribble, yields results; continues to evolve as a power-5 prospect.”

On Paula Fraile Ruiz: “Paula is an extremely high character student-athlete with the athleticism, drive and potential to make some noise in the ACC. Her ceiling goes unmatched in the 2020 international class. She is truly a special one who will thrive with Coach Meier at Miami, it is a perfect fit.”