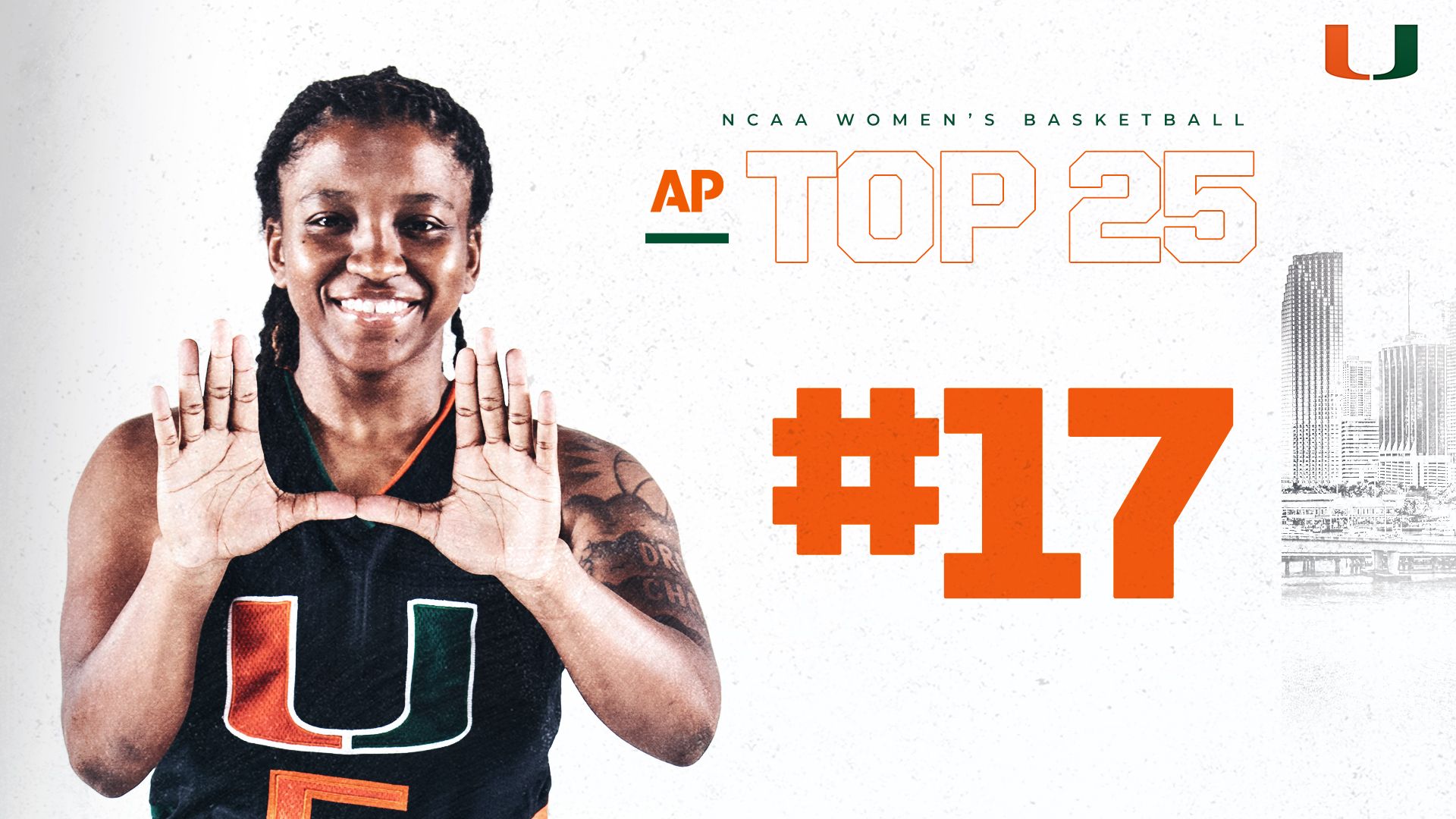 CORAL GABLES, Fla. – The University of Miami women’s basketball team moved up one spot to No. 17 in the Associated Press (AP) Top 25 Poll, as announced Monday.

The Canes garnered 245 points in this week’s poll and are one of six Atlantic Coast Conference teams featured in the top 25. The complete poll can be found HERE.

Miami began the season at No. 18 in the AP’s preseason poll, marking the sixth time in program history that the Canes opened the year in the AP Top 25.

The Hurricanes sit at 1-0 on the season after defeating Jackson State, 83-68, in the season opener on Sunday at the Watsco Center.

Head coach Katie Meier and her team are back in action on Wednesday when they host North Florida for an 11 a.m. matchup at the Watsco Center.