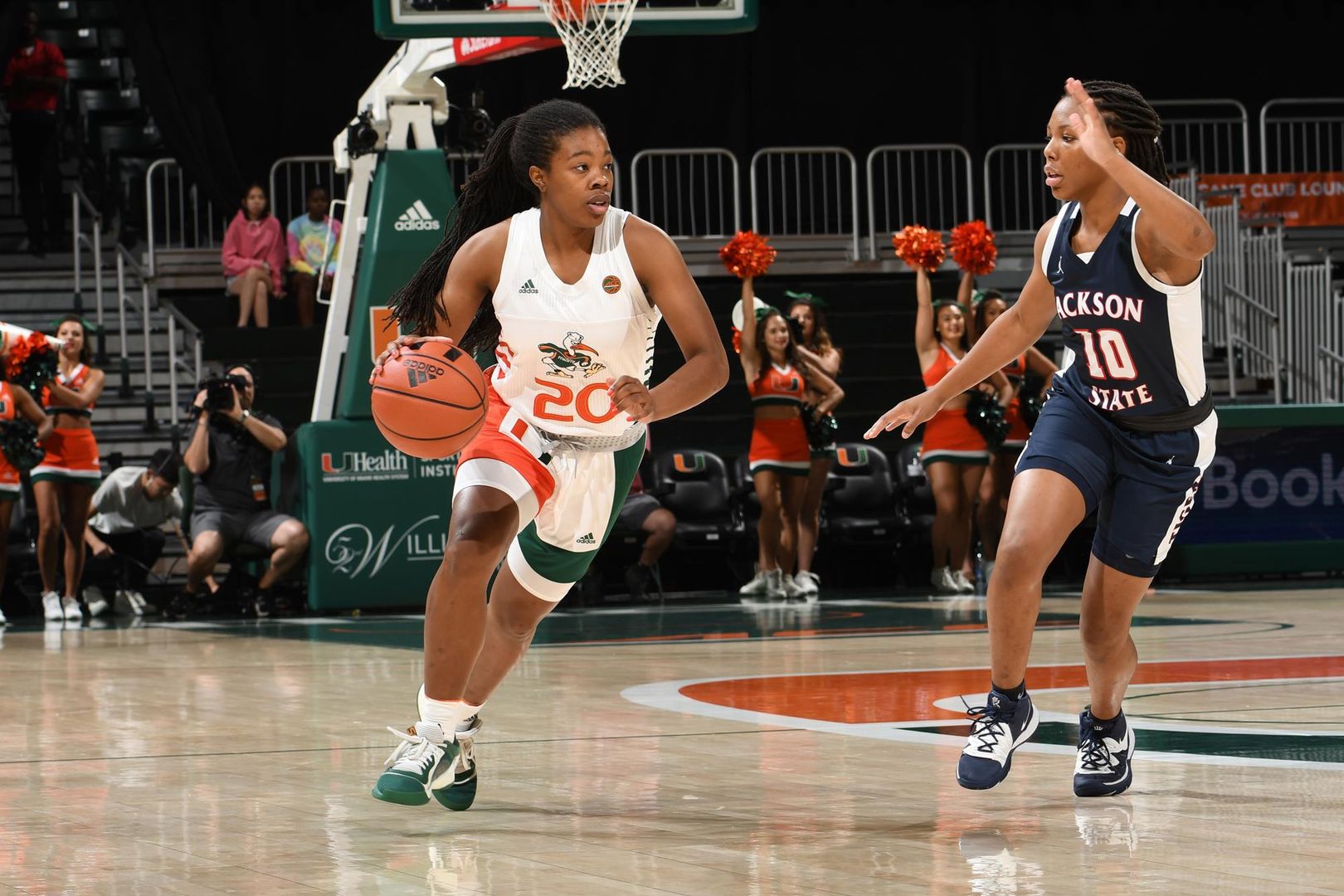 CORAL GABLES, Fla. – The Miami women’s basketball team tipped off the 2019-20 campaign with a win on Sunday, defeating Jackson State, 83-68, in the season opener at the Watsco Center.

“It took us a while to get in a rhythm and Jackson State had a lot to do with that,” head coach Katie Meier said. “They played multiple defenses and really attacked the ball. We are going to have to play through that and I thought that when we were playing faster, we didn’t turn the ball over as much.”

The Canes found a majority of their shooting success from beyond the arc, knocking down 45.8 percent (11-of-24) of their 3-point shots. Six different Canes recorded a 3-point basket in the game, led by junior Kelsey Marshall, who went 4-for-7 from distance.

“I thought Endia Banks was great,” Meier said. “At halftime, she didn’t have the scoring stats, but she had five assists. She was everywhere, moving the ball so strong and rebounding hard.”

Miami came out firing to start the game, knocking down 5-of-8 threes in the first quarter. Thanks to a 13-2 run, the Canes held a strong 24-10 lead at the end of the frame. The second quarter followed a similar pattern as Miami outscored Jackson State 18-13 to take a 42-23 lead into halftime.

The Tigers battled back in the second half outscoring the Canes by two in both the third and fourth quarter. However, Mompremier came alive for Miami, totaling 14 points and seven rebounds in the second half, en route to her 36th career double-double.

The Hurricanes are back in action on Wednesday when they host North Florida for Elementary School Day at the Watsco Center. Tipoff is set for 11 a.m. and the game will air on ACC Network Extra.