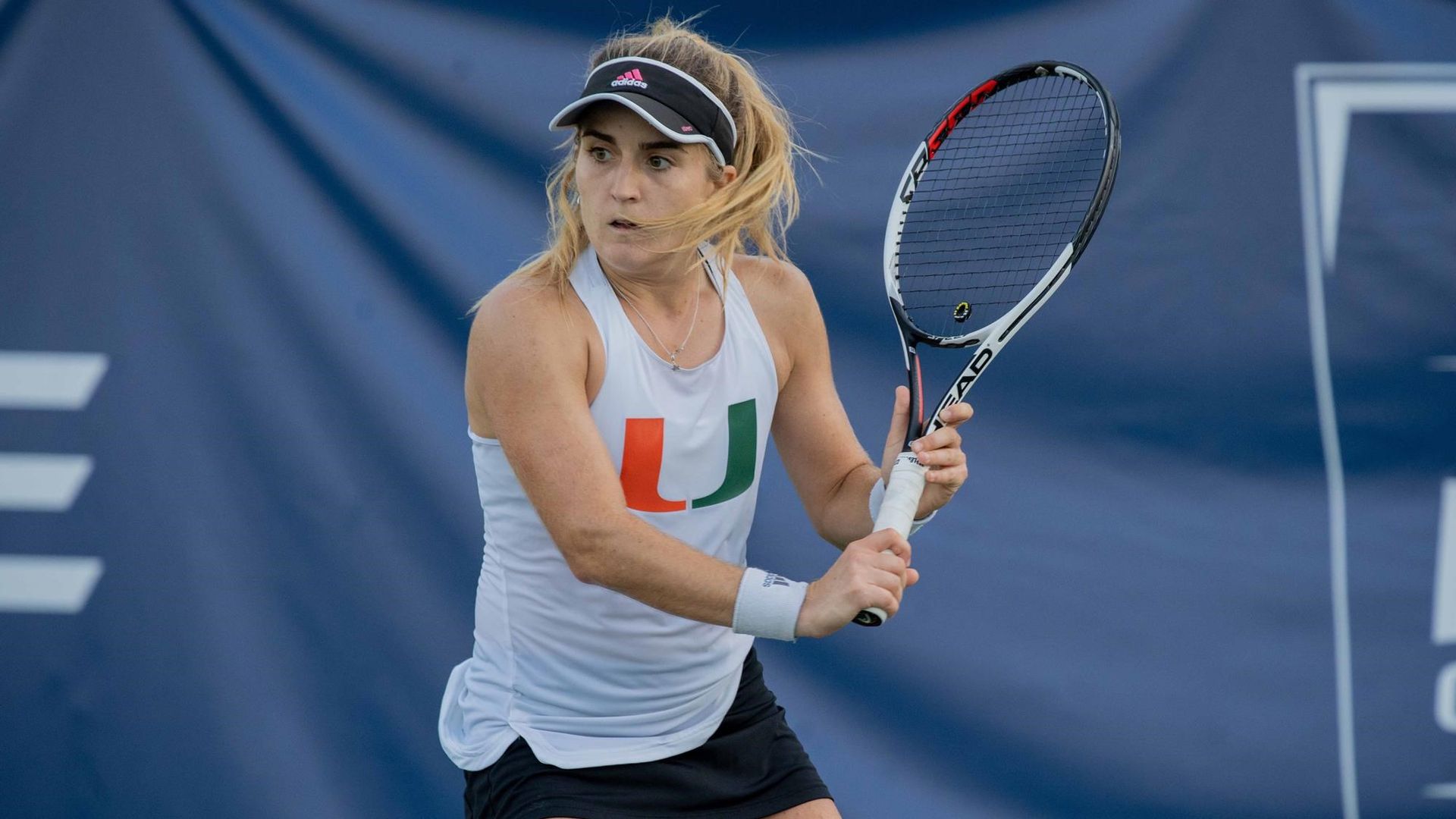 In a top-10 showdown, second-ranked Perez-Somarriba fell to seventh-ranked Sara Daavettila in a three-set match at the Newport Beach Tennis Club.

“Estela played a hard-fought match today and came up a bit short,” Miami head coach Paige Yaroshuk-Tews said. “I’m super proud of her effort and we’ll continue to work on details in her game that will enable her to improve in different situations moving forward.”

Fifth-seeded Perez-Somarriba took the opener, 6-3, in what proved to be the widest margin in any of the three sets.

The Tar Heel senior then won each of the next two games, including clinching the match on another deuce point, to advance to the final.

The setback against Daavettila snapped Perez-Somarriba’s 10-match winning streak against top-10 foes. It was her first such loss since Oct. 5, 2017 against top-ranked Ena Shibahara of UCLA. The Madrid native is now 11-3 in her career against top-10 opponents, with all three defeats in three sets.