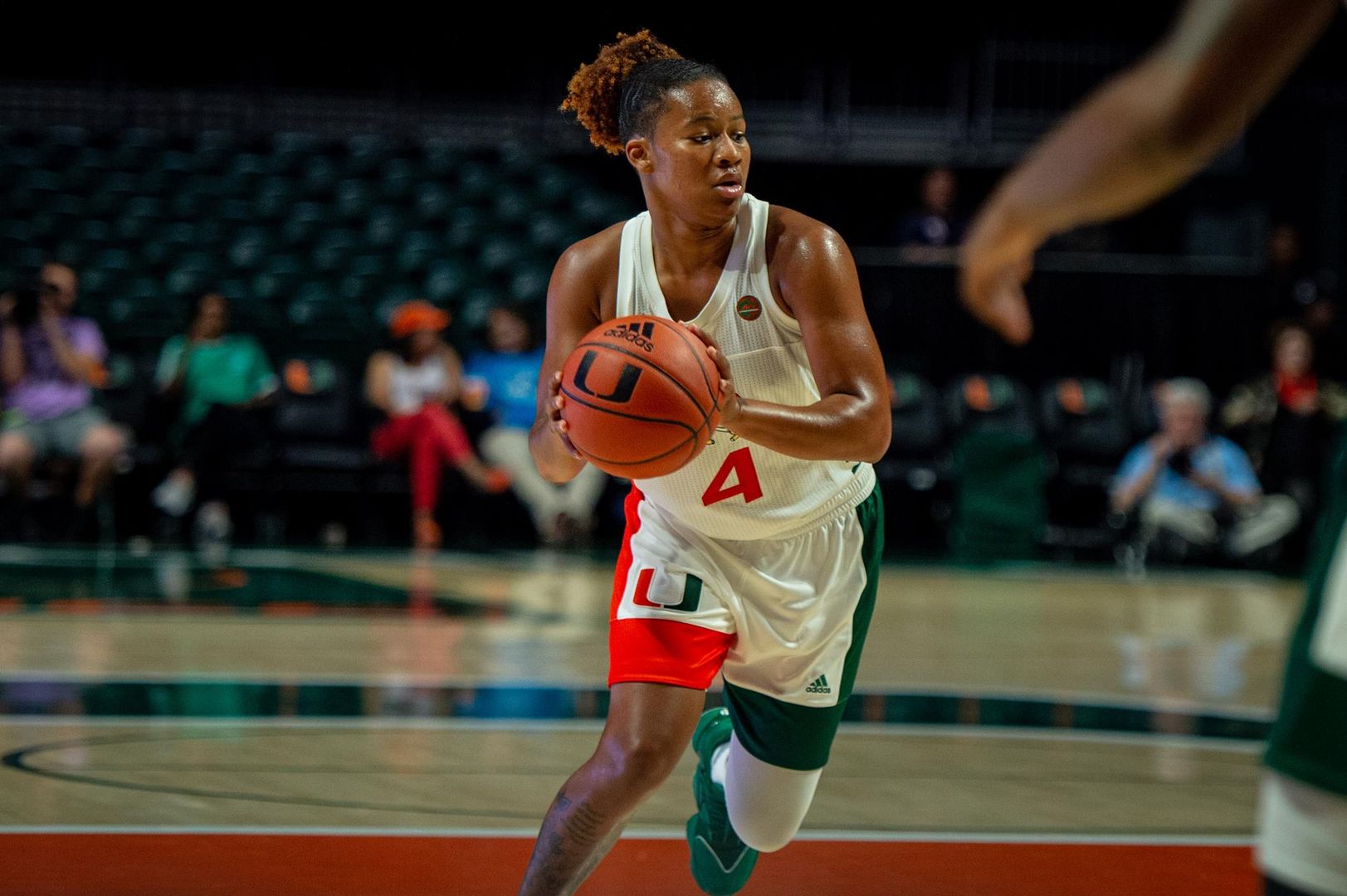 CORAL GABLES, Fla. – The University of Miami women’s basketball team is set to open the 2019-20 season on Sunday when it hosts Jackson State in the season opener. Tipoff is slated for 3 p.m. and the game will air on ACC Network Extra with Joe Zagacki and Megan Perry on the call.

Miami and Jackson State have met twice before in program history, splitting the series 1-1. The Canes came out on top in the most recent meeting, defeating the Tigers 77-50 at home in 2006.

The Hurricanes had their final preseason tune-up on Tuesday when they took on Nova Southeastern in an exhibition game. Miami came out firing in the first quarter, pouring in 28 points in the first 10 minutes, before cruising to a 90-46 victory over the Sharks.

Four Hurricanes recorded double-digit outings, led by redshirt senior Beatrice Mompre­mier, who poured in 16 points. Mompremier added 11 rebounds to her stat line, posting a double-double in just 15 minutes of action. Fellow forward Brianna Jackson also shined in her collegiate debut, totaling 11 points and 11 rebounds for a double-double of her own.

Jackson State enters Sunday’s contest looking to rebound after a loss in its season opener. The Tigers came up short, 82-46, at Tulane on Tuesday. Senior Marneisha Hamer paced the Tigers in scoring pouring in 17 points in the game to go along with five rebounds and two steals.