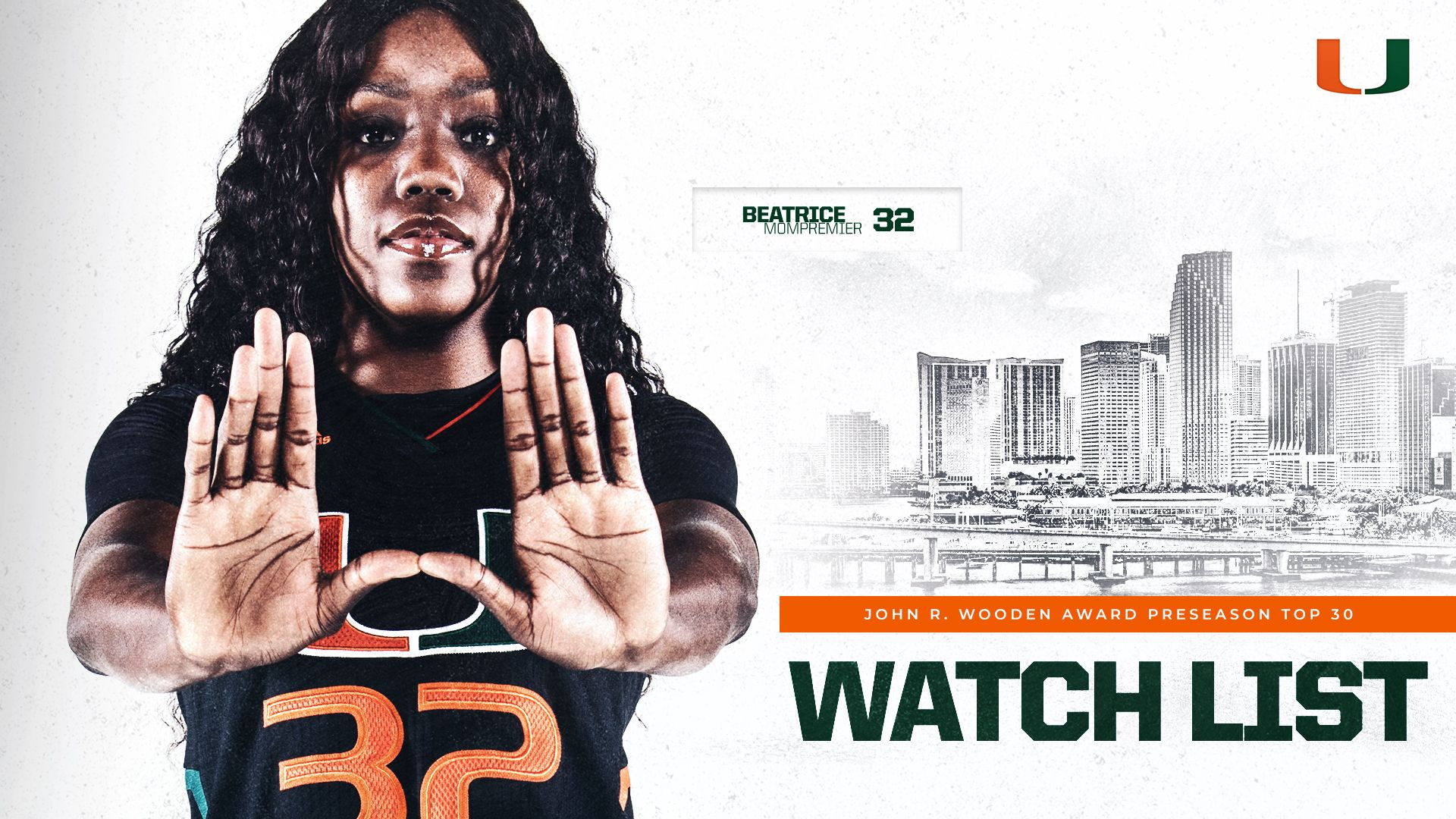 CORAL GABLES, Fla. – University of Miami women’s basketball forward Beatrice Mompremier has been tabbed to the John R. Wooden Award Preseason Top 30 watch list, as announced Tuesday. The watch list is comprised of early front-runners for the Wooden Award, which recognizes the most outstanding players in collegiate basketball.

The redshirt senior finished her first year with the Hurricanes averaging 16.7 points and 12.2 rebounds per game, in addition to totaling 34 blocks and 31 steals. Mompremier ranked fifth in the nation in double-doubles (25) and ninth in rebounds per game (12.2).

The preseason award list continues to grow for Mompremier as the Miami native has also been named an AP Preseason All-American, ACC Preseason Player of the Year and is a Lisa Leslie Award watch list honoree.

About the John R. Wooden Award
The players on the list are considered strong candidates for the 2020 John R. Wooden Award Women’s Player of the Year presented by Wendy’s. The National Ballot consists of 15 top players who have proven to their universities that they meet or exceed the qualifications of the Wooden Award.

Nearly 1,000 voters will rank in order 10 of those 15 players when voting opens prior to the NCAA Tournament and will allow voters to take into consideration performance during early round games. The Wooden Award All-American Team will be announced the week of the “Elite Eight” round of the NCAA Tournament. The winner of the 2020 John R. Wooden Award will be presented by Wendy’s during the ESPN College Basketball Awards on Friday, April 10, 2020.