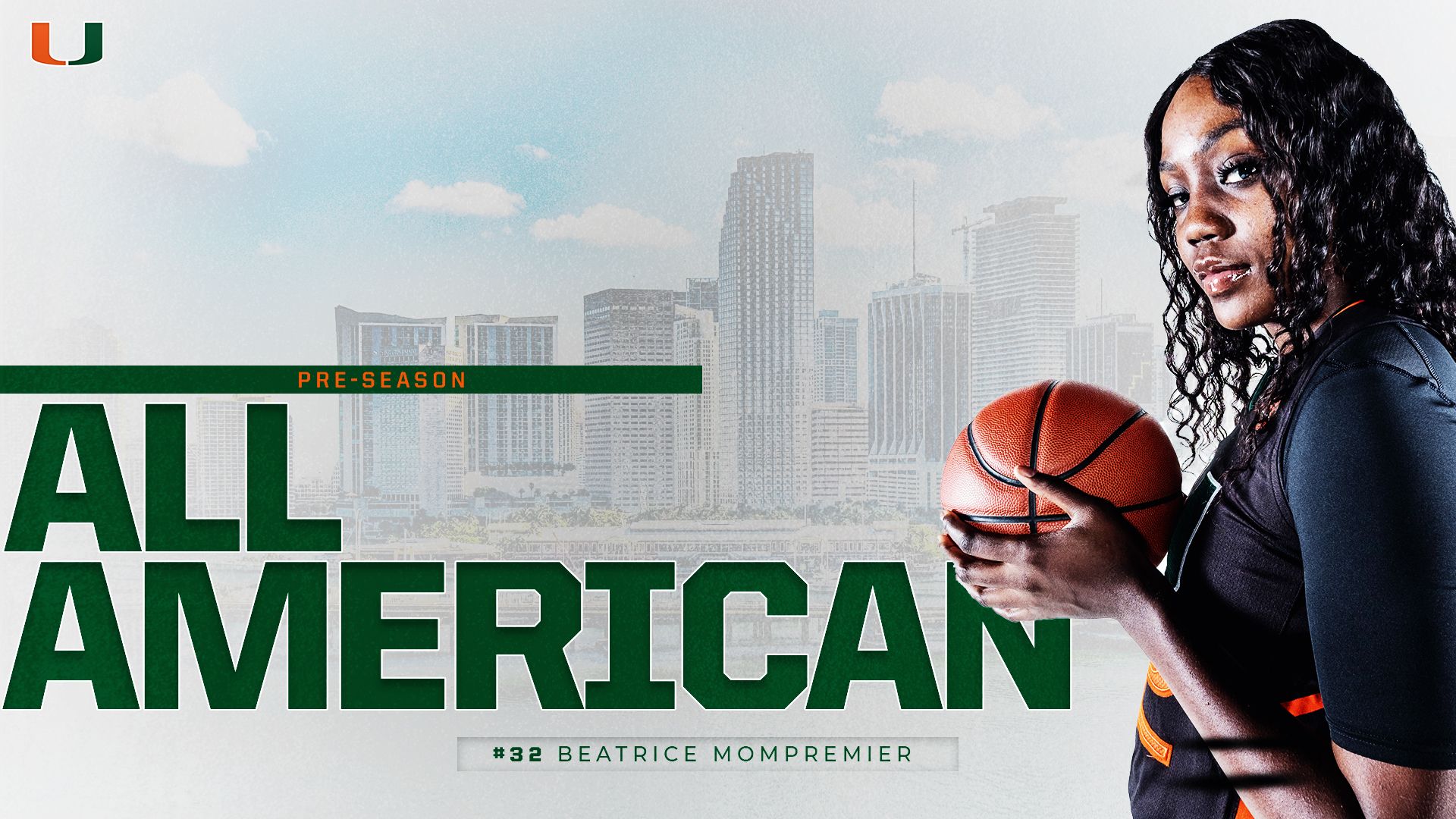 CORAL GABLES, Fla. – The preseason accolades are piling up for University of Miami women’s basketball player Beatrice Mompremier. The redshirt senior has been named an Associated Press Preseason All-American, as announced Thursday.

“Beatrice has worked very hard and I think that she has really expanded her game to where she can play at every spot on the floor,” head coach Katie Meier said. “Her versatility makes her one of the top players in the country, so I think this honor is well-deserved.”

Mompremier becomes the second player in program history to receive the honor, following in the footsteps of Shenise Johnson, who was named an AP Preseason All-American in 2011.

The Miami native finished her first year with the Hurricanes averaging 16.7 points and 12.2 rebounds per game, in addition to totaling 34 blocks and 31 steals. Mompremier ranked fifth in the nation in double-doubles (25) and ninth in rebounds per game (12.2), earning AP All-America Honorable Mention at the conclusion of the 2018-19 season.