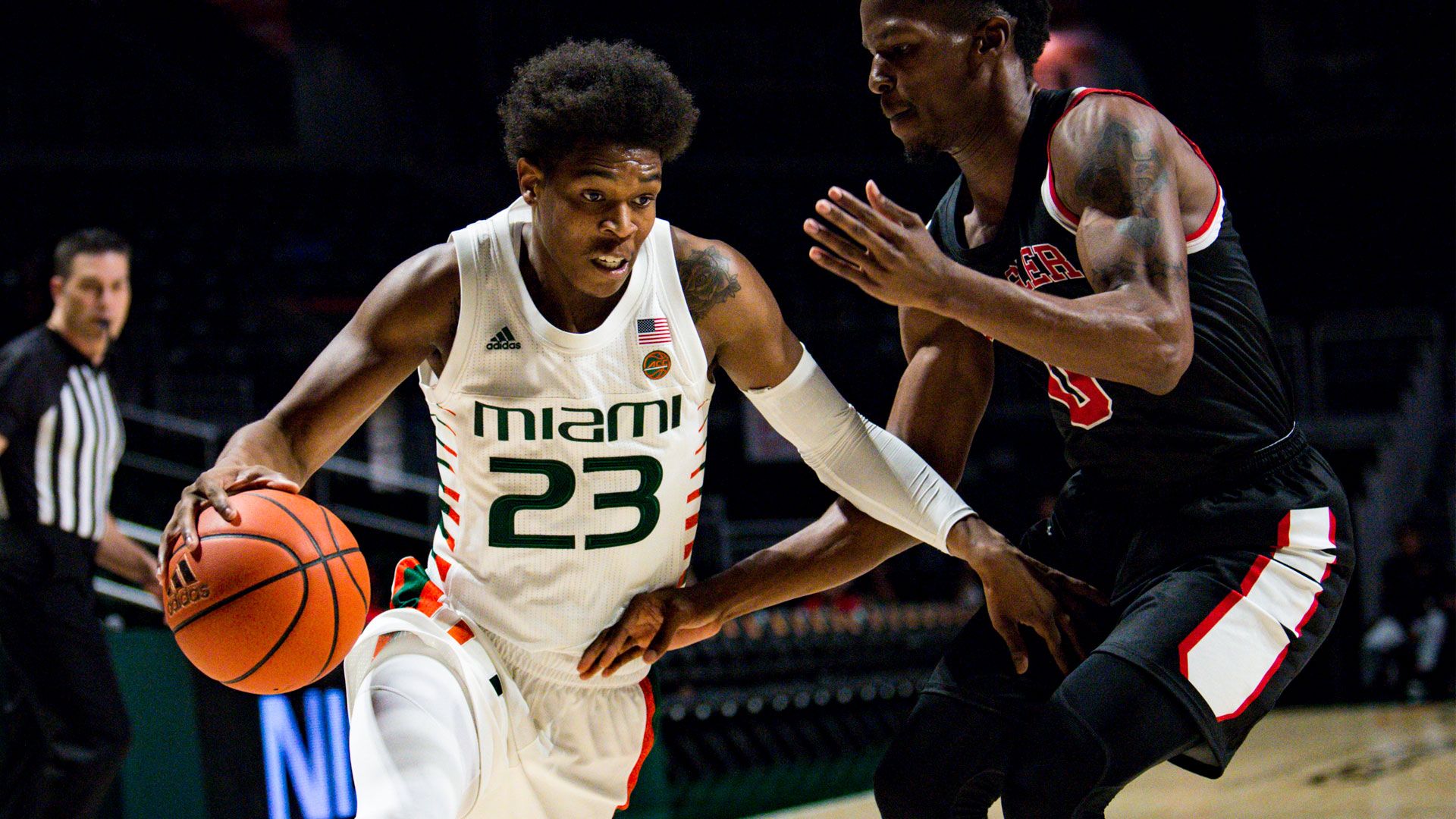 CORAL GABLES, Fla. – The University of Miami men’s basketball team opened its 2019-20 season with an 86-65 victory over Flagler Wednesday night at the Watsco Center.

The Hurricanes, behind a game-high 20 points on 8-of-13 shooting from redshirt junior guard Kameron McGusty in his first action with Miami, led for nearly 39 minutes in the dominant showing.

Miami led just 11-9 after four minutes, as Flagler senior guard Demerit Brown connected on all three of his 3-point attempts. The Hurricanes then took over full control for the remainder of the half.

A 23-3 run in a seven-minute span, capped by 14 consecutive points, that featured baskets by six different players gave Miami a commanding 34-12 edge with 8:48 on the clock.

The Hurricanes went on to take a 19-point lead, 47-26, into the locker room after a buzzer-beating putback layup by redshirt junior center Rodney Miller, Jr., that gave him a game-high 10 points at the break.

The Hurricanes went on to earn the 21-point victory despite Preseason Second Team All-ACC selection Chris Lykes, a junior guard, playing just 12 minutes as a precautionary measure due to a minor knee contusion.

Miller tallied 16 points on 8-of-12 shooting to go along with five rebounds and three blocks in just 19 minutes of action. Between Miller and McGusty, Miami’s two players who redshirted last season combined for 36 points on 64.0 percent (16-of-25) shooting.

“What is great about Rodney and Kam is that they are friends and roommates, and they have worked really hard during the season that they sat out. Looking at that tonight, it has proved to be very valuable,” Larrañaga said. “Rodney is in much better shape. He is very, very focused and working very hard. Kam is stronger, more skillful and more comfortable in both our offense and the way we play defense. I expect the two of them to maintain this level of proficiency for the entirety of the season.”

Sophomore guard/forward Gedi Juozapaitis logged a double-double for Flagler, leading the team in scoring (14) and rebounding (11). Brown finished with 12 points, as Miami held him to 1-of-6 shooting after the first four minutes.

The Hurricanes will open the regular season Nov. 5 at 6:30 p.m., as they host fifth-ranked Louisville at the Watsco Center, live on ACC Network.