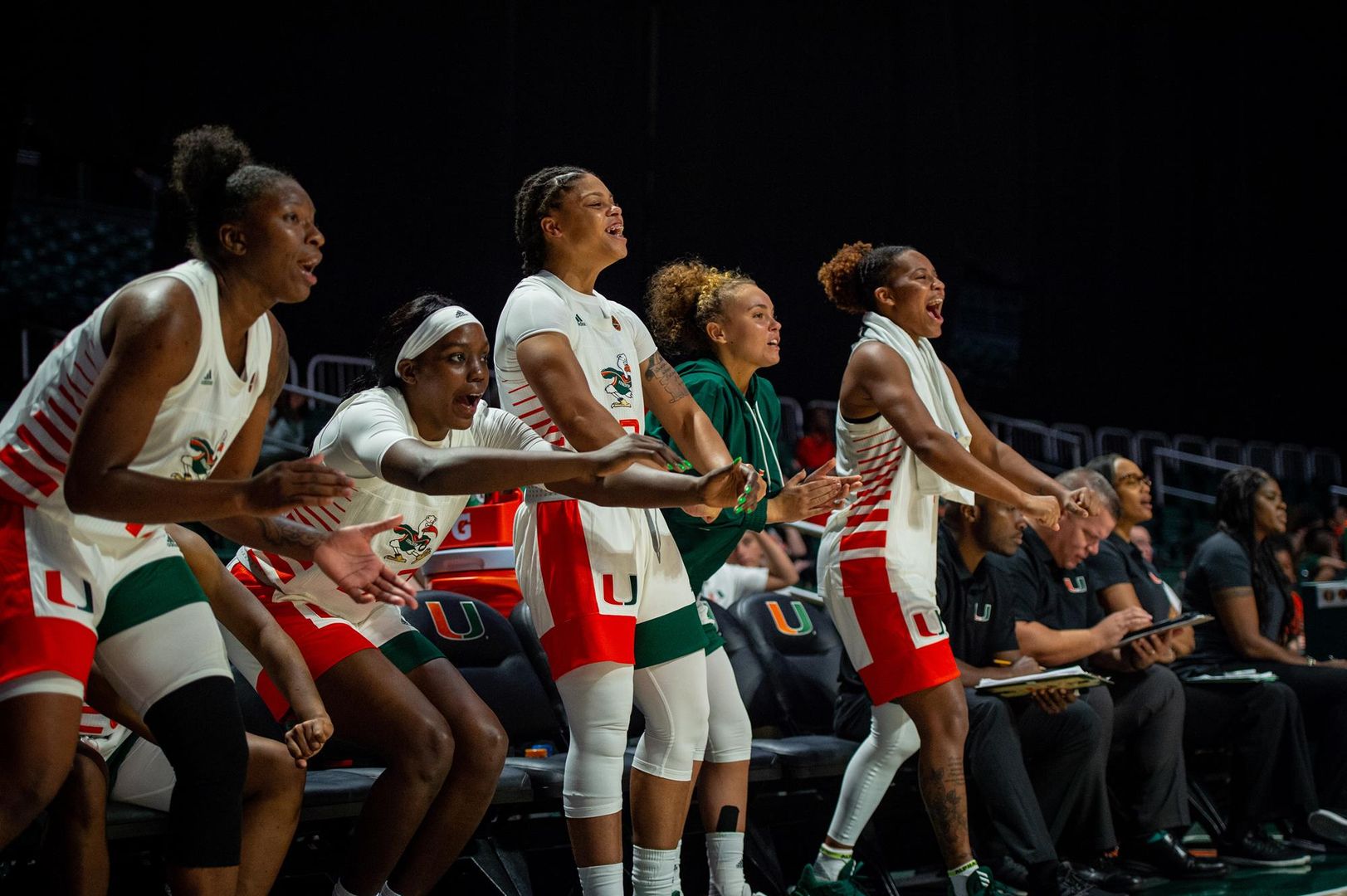 CORAL GABLES, Fla. – The Miami women’s basketball team opened up the 2019-20 season with a 90-46 victory over Nova Southeastern in an exhibition game at the Watsco Center on Tuesday night.

“I loved the effort tonight,” head coach Katie Meier said. “I thought the points in the paint were good and definitely something that we wanted to do. I thought our bigs did a fine job of guarding the shooters and the 68 points in the paint also came from a lot of our guards attacking the ball.”

The win was a team effort as all 12 Canes scored in the game. As a team, Miami shot a resounding 54.3 percent (38-of-70) from the field and outrebounded Nova Southeastern, 55-25. The Hurricanes were dominant on the offensive glass, hauling in 22 offensive boards and putting up 25 second-chance points.

Four Hurricanes recorded double-digit outings, led by redshirt senior Beatrice Mompremier, who poured in 16 points. Mompremier added 11 rebounds to her stat line, recording a double-double in just 15 minutes of game action. Fellow forward Brianna Jackson also shined in her collegiate debut, totaling 11 points and 11 rebounds for a double-double of her own.

“I think Kelsey Marshall has been playing great basketball for us,” Meier said. “But when we put the youngins all in together, they had really great chemistry, too. We didn’t drop off and that was very exciting.”

Miami jumped out to an early 22-7 lead thanks to a 15-0 run in the first six minutes of the first quarter. The Hurricanes shot 60.6 percent in the first half with 36 points coming in the paint to take a strong 46-20 lead into the locker at the half.

The Miami offense continued to roll in the third quarter, sparked by three straight baskets from Mompremier to open the frame. The Hurricanes’ bench came alive in the second half, putting up 31 points, led by sophomore forward Jamir Huston and Jackson, who had eight and seven, respectively. An 8-2 run by the Canes closed out the exhibition contest in favor of Miami, 90-46.

The Hurricanes officially open the 2019-20 regular season on Nov. 10 when they host Jackson State for a 3 p.m. match-up at the Watsco Center.