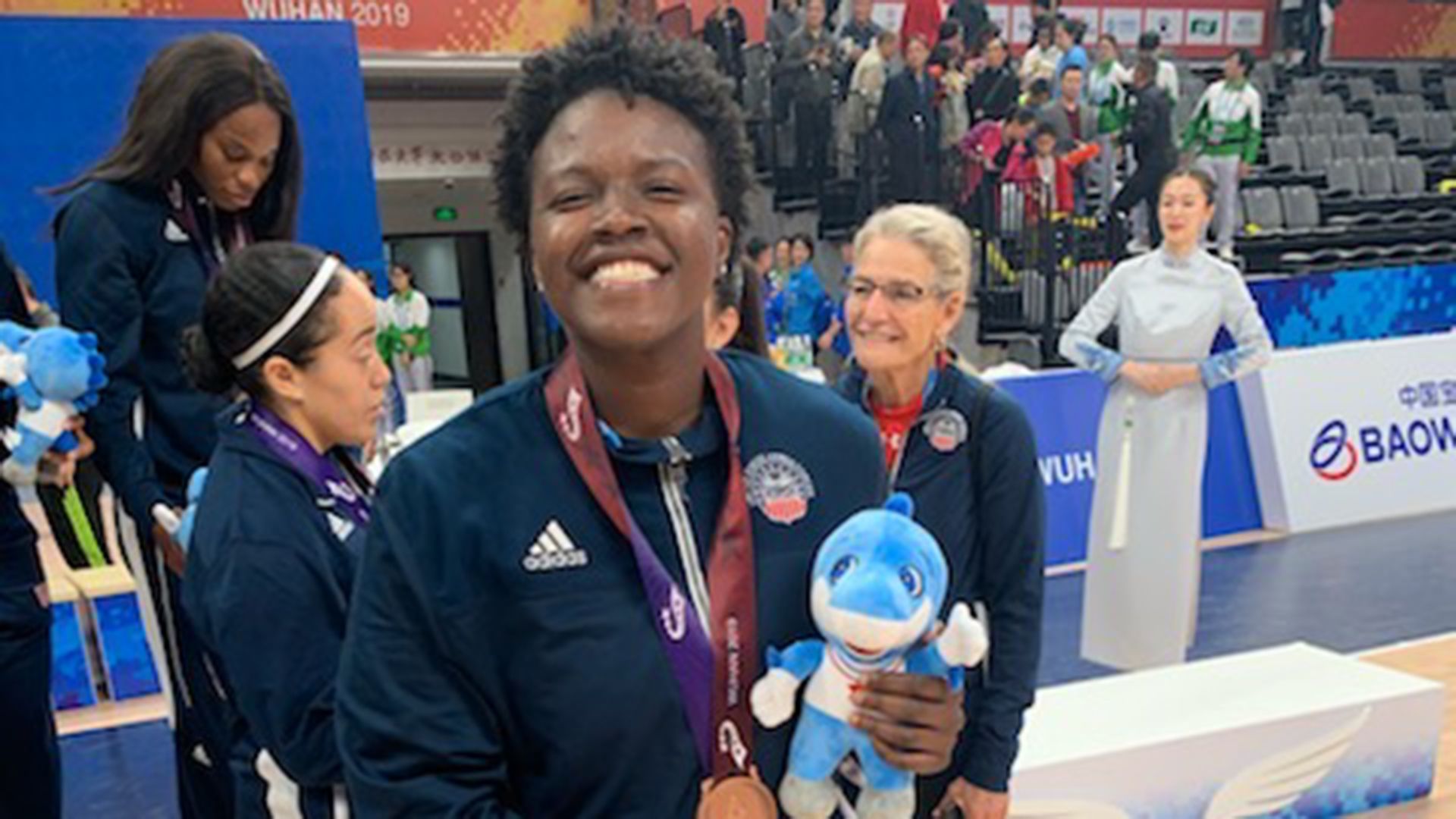 CORAL GABLES, Fla. – It’s not every day that you get to represent not only your alma mater, but also your country on an international stage. For Miami women’s basketball alum and current Air Force 2nd Lt. Charmaine Clark, that day came over the weekend when she helped the United States to a bronze medal in the 7th CISM Military World Games in Wuhan, China.

“It was such an honor to not just represent the United States of America, but also everyone who has had a hand in my career and life thus far,” Clark said. “I’m speechless that I have the privilege of being here and doing what I love.”

Clark posted nine points and five rebounds in America’s 85-79 victory over France for a third-place finish in the Games. The 2010 graduate started five of the six contests for the U.S. and averaged 7.2 points and 5.3 rebounds over the course of the competition.

“The experience has been amazing because there are over 109 nations and 10,000 athletes here,” Clark said. “I love playing against the other countries and the friendships that the atmosphere has created.”

The CISM Military World Games occurs every four years, but this is the first year that women’s basketball has been included in the competition. Clark, who has played for the Air Force team since 2016, was selected to participate in the Games after a strong showing in the Armed Forces tournament.

The Hinesville, Ga. native started 97 of 126 games played during her four-year career at Miami, averaging 6.5 points and 4.1 rebounds in her time as a Hurricane. Clark was part of current head coach Katie Meier’s first recruiting class at Miami, playing all four years under Meier.

“Coach Meier repeatedly told us ‘How do you eat an elephant? One bite at a time.’,” Clark said. “I take that everywhere with me as a reminder. While the process of things might not happen overnight, if I work towards my goals daily, I will accomplish them in due time.”

Clark returns to the United States as not only a bronze medalist, but also as an exemplary model for current and future Miami women’s basketball players.