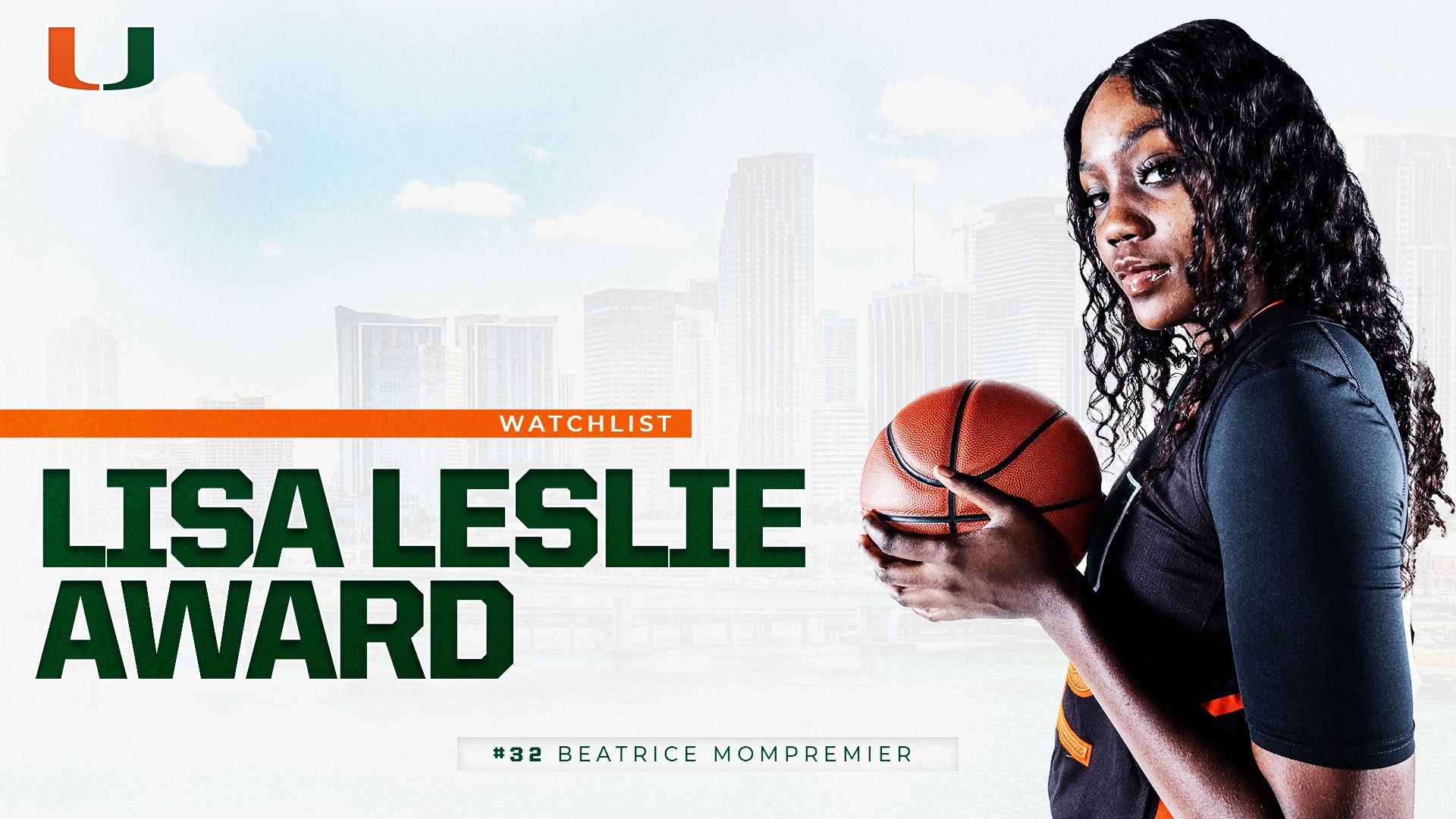 Named after the three-time All-American and 1994 National Player of the Year, the annual award recognizes the top centers in women’s NCAA Division I college basketball.

Mompremier was not only a First Team All-ACC honoree in 2018-19, but also an AP and WBCA All-America Honorable Mention selection. The Miami native ranked fifth in the nation in double-doubles (25) and ninth in the nation in rebounds per game (12.2) at the conclusion of the 2018-19 season.

New to this year, fans will have a direct impact on the selection process, as Fan Voting presented by Dell Technologies will begin on Friday, October 25. Fans are encouraged to vote for their favorite player and the top 10 player selections from the fan vote will get an additional vote towards making the next round.

This list will be narrowed down to 10 players in mid-February and then five finalists will be presented to Lisa Leslie and the selection committee in March. The winner of the award will be presented at the sixth annual ESPN College Basketball Awards Show live from Los Angeles on Friday, April 10.

About Lisa Leslie
Widely regarded as the best player in the country during her senior year of high school, Leslie decided to play basketball close to home at University of Southern California. While at USC, she set Pac-10 records for scoring, rebounding and blocked shots, earning All-Pac-10 honors each of her four seasons. In her senior season, she won multiple national player of the year awards, including the Naismith College Player of the Year and the WBCA Player of the Year.