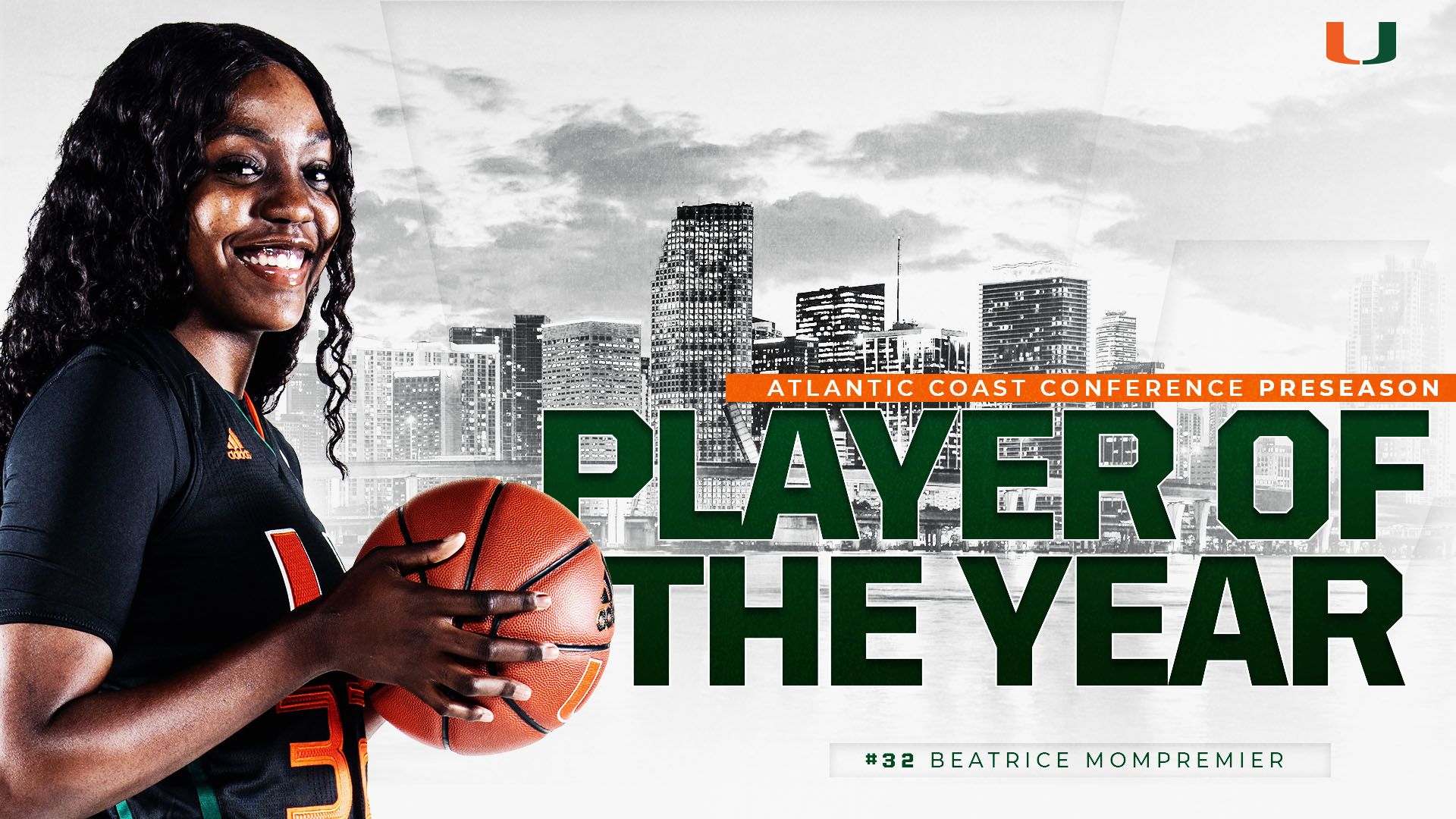 CORAL GABLES, Fla. – University of Miami redshirt senior Beatrice Mompremier has been named Atlantic Coast Conference Preseason Player of the Year, as announced by the league on Wednesday.

Additionally, the Hurricanes were picked to finish fourth by the ACC coaches and fifth by the Blue Ribbon Panel.

Mompremier was not only a First Team All-ACC honoree in 2018-19, but also an AP and WBCA All-America Honorable Mention selection. The Miami native ranked fifth in the nation in double-doubles (25) and ninth in the nation in rebounds per game (12.2) at the conclusion of the 2018-19 season.

The redshirt senior sits in the top three among returning ACC players in both scoring (16.7 points per game) and rebounding (12.2 rebounds per game). Mompremier was the only ACC basketball player named to the 2019 U.S. Pan American Games roster and also earned an invitation to practice with the U.S. National Team during its training camp in Coral Gables.

Miami was picked fourth by league coaches, sitting only behind Louisville, NC State and Florida State. The Canes went 2-2 against the top three teams in the ACC in 2018-19. This marks the fourth straight year that Miami has been selected in the top five and the seventh top-five showing for the Canes since they joined the ACC in 2004.

The Hurricanes open their season on Nov. 10 when they host Jackson State at 3 p.m. Ten of Miami’s first 12 games take place inside the friendly confines of the Watsco Center.