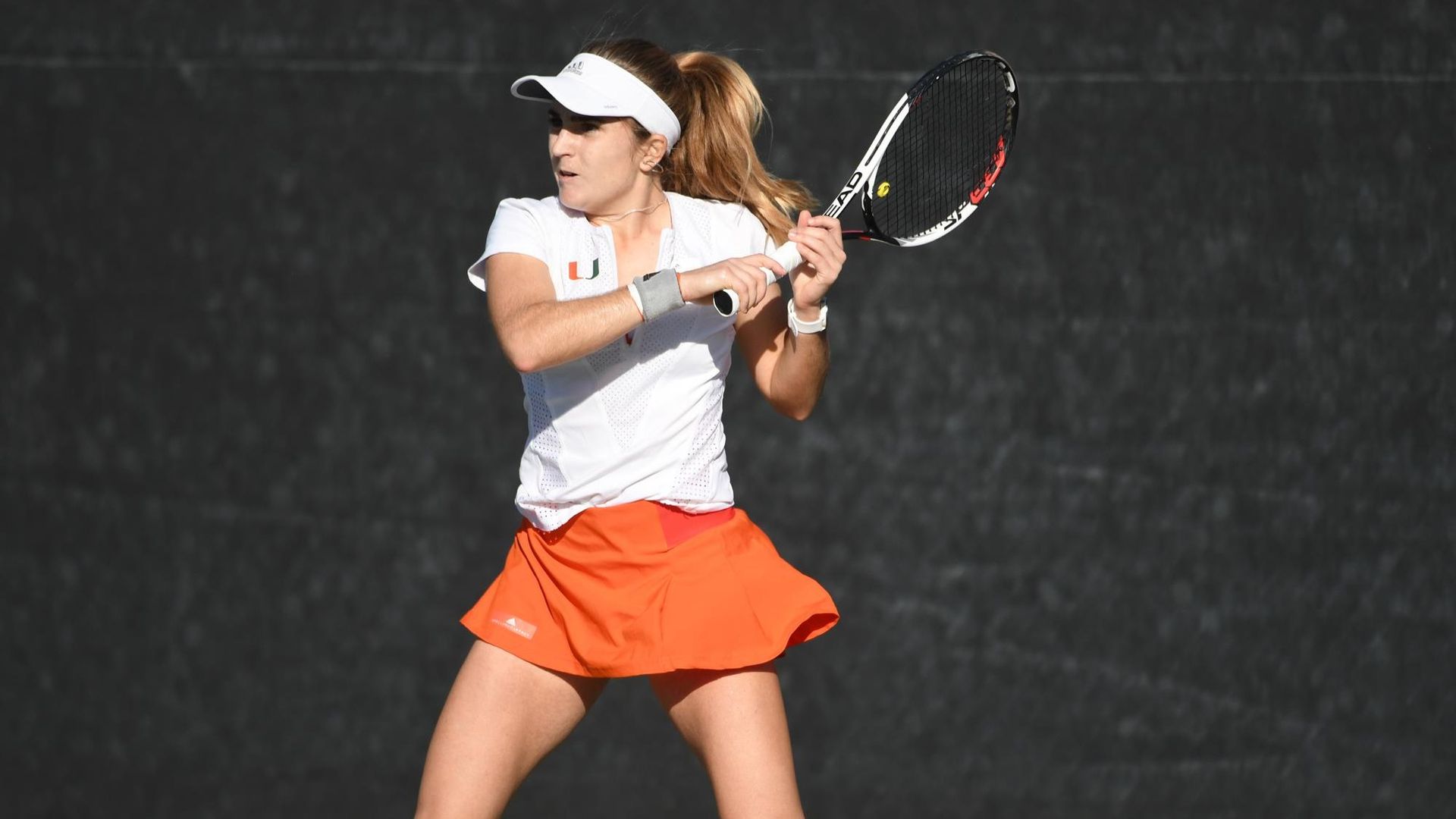 Perez-Somarriba Rolls in ITA Round of 32

For the second day in a row at the ITA Women’s All-American Championships, senior Estela Perez-Somarriba of the University of Miami women’s tennis team had her match pushed back multiple hours because of rain before earning a victory to continue on in the tournament main draw.

“Estela did a great job today in controlling the momentum of the match, tactically and mentally,” Miami associate head coach Laura Vallverdu said. “She did what she had to do and she got the ‘W.’ [This was] a good day for her to get off of the court quickly, as that will help her for tomorrow.”

After a delay of eight hours and 15 minutes Wednesday, second-ranked and top-seeded Perez-Somarriba had to wait an extra two-and-a-half hours to begin play Thursday at LaFortune Tennis Center.

Once she did, the Madrid native eased her way to her 10th straight win to open the 2019 fall campaign, doing so against No. 73 Martina Okalova of nearby Tulsa.

The reigning NCAA singles champion, Perez-Somarriba took the first set in nine games and the second in just seven to earn the 6-3, 6-1 decision. The victory was her fourth over a top-80 foe in her last five outings.

Perez-Somarriba will now face Texas’ Anna Turati, ranked No. 17 and seeded No. 15, Friday in the Round of 16 at a time still to be determined.