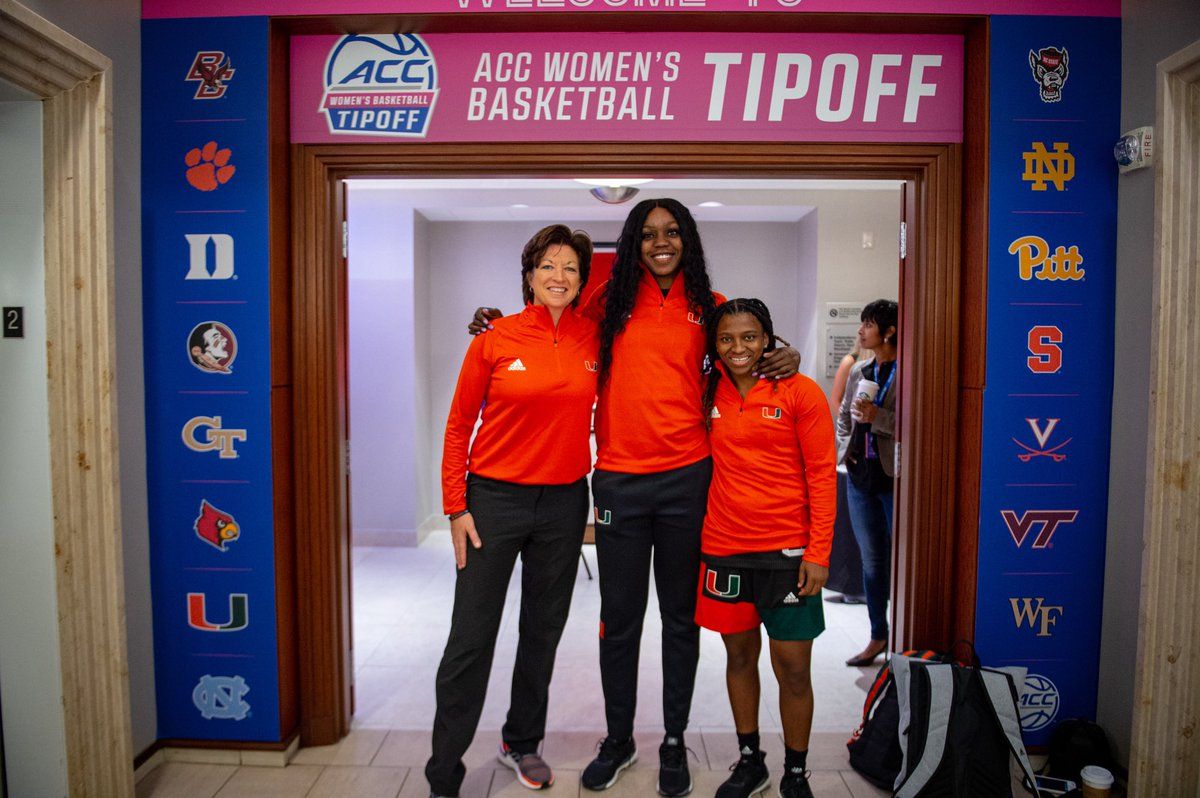 CHARLOTTE, N.C. – The Hurricanes are headed to Charlotte to take part in the annual Atlantic Coast Conference Tipoff ahead of the start of the women’s basketball season. Head Coach Katie Meier, along with redshirt senior Beatrice Mompremier and junior Mykea Gray will spend Oct. 3 interacting with media members and partaking in photoshoots for the upcoming season.

Coach Meier will kick things off for the Hurricanes when she appears on Packer and Durham at 8:20 a.m. Fans can watch the broadcast on ACC Network or listen live on Sirius XM 371. Following the interview, the Hurricanes will move through stations set up throughout the day, speaking with media members and posing for photos in ACC and ESPN shoots.

The Hurricanes return to Coral Gables on Thursday night to continue preparation for the upcoming season.