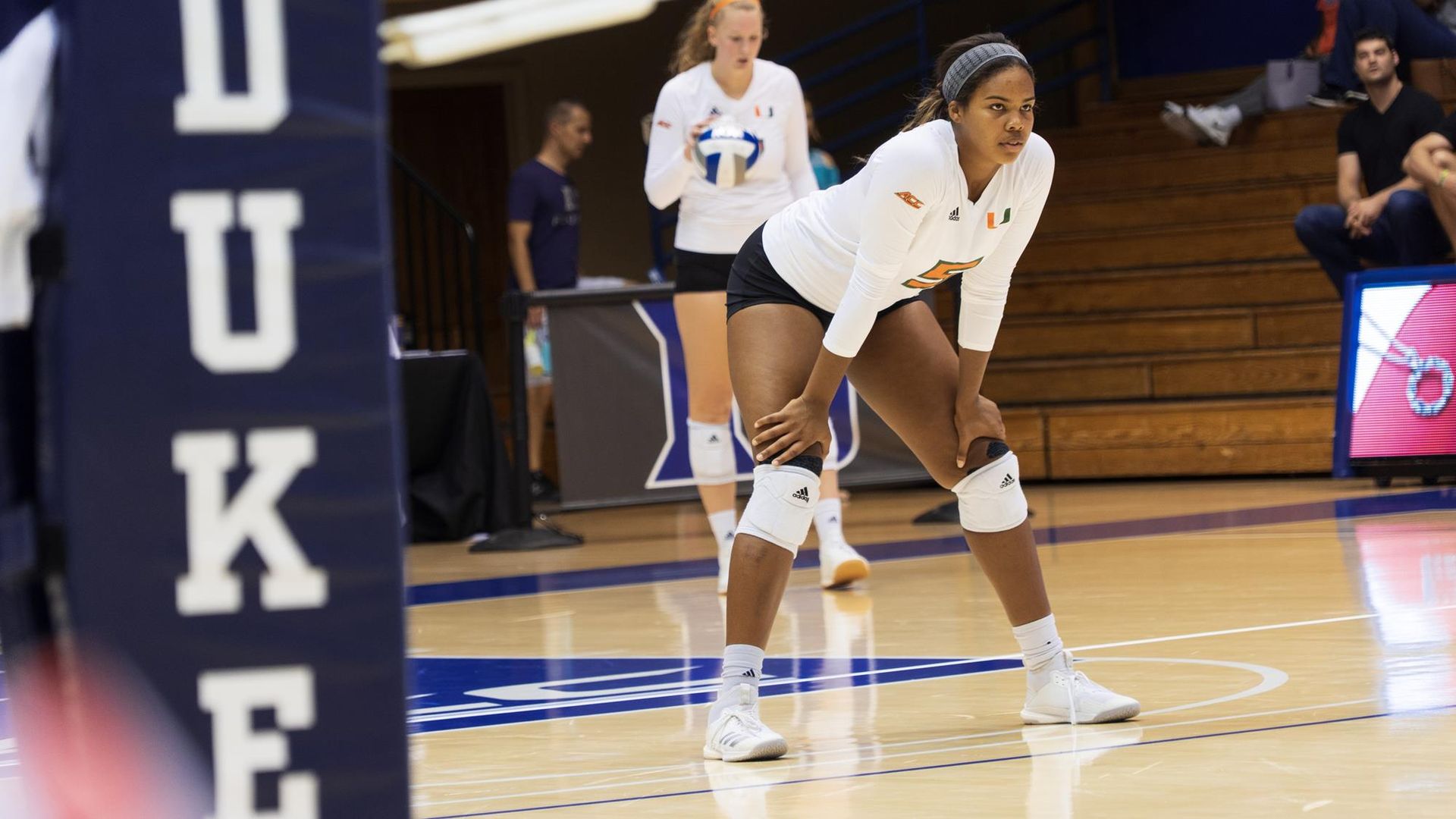 For the third-straight match, three different Canes (6-4, 2-0 ACC) notched double-digit kills. Redshirt junior Elizaveta Lukianova led the Canes with 17, while Janet Kalaniuvalu was close behind with 16. Kennedy Prince finished with 11 kills and added 11 digs to register her fourth double-double of the season.

“It’s a great feeling. Every ACC match is a tough match especially on the road,” head coach Jose “Keno” Gandara said. “These are big wins for our group and I am proud of the way they are connected and continue to improve.”

Miami took the first set, 25-21, outhitting the Blue Devils (7-8, 0-2 ACC) .270 to .095. Lukianova and Kalaniuvalu combined for more kills than Duke in the first set (10-7) as Miami tallied 16 to Duke’s seven. Combined with the distributed offense, Madison Dill’s defense was too much for Duke, picking up four of Miami’s 10 block assists.

Lukianova was unstoppable in the second, connecting on all five attacks for kills to help give Miami the 2-0 lead for the fourth-straight match. After two sets, Lukianova was hitting .500 with eight kills. Miami took the set, 25-19.

In the final set of the match, Kalaniuvalu registered six kills, one ace and one dig. Miami finished the set with four of its season-high tying 10 aces to best the Devils. Miami closed out the match taking four of the final five points to remain undefeated in conference play.

Miami closed out its longest road schedule of seven-straight matches with a four-match winning streak. This is the third consecutive season Miami has swept the opening weekend of conference play. The Canes will host No. 6 Pitt for its first ACC home match of the season on Oct. 4 at 6 p.m.

“That is the challenge,” Gandara said. “Next week we get to play at home but the task remains the same – find a way to continue to improve.”