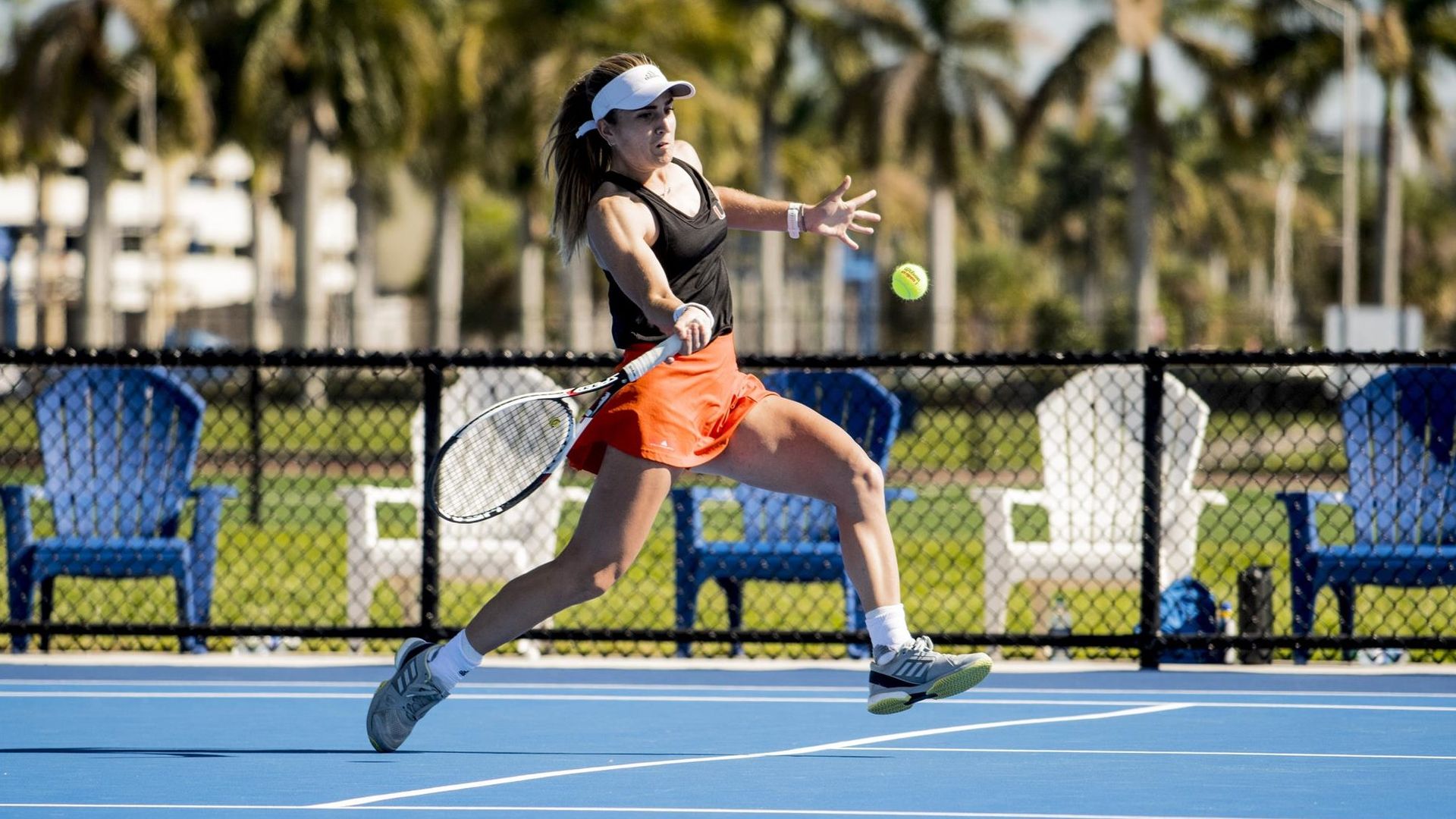 ORLANDO, Fla. – The University of Miami women’s tennis team turned in another strong day of action Saturday at the USTA Fall Ranked Spotlight.

The Hurricanes went 5-3 in singles play at the USTA National Campus, including notching a pair of top-70 victories.

“We’re learning a lot about ourselves and our toughness as a unit,” Miami head coach Paige Yaroshuk-Tews said. “These matches are extremely high level in difficult conditions.”

In consolation play, No. 80 Daevenia Achong resumed her winning ways, as the sophomore beat Tenika McGiffin of Tennessee, 6-2, 7-6 (7-5).

In the next group of singles matches, Perez-Somarriba again registered a straight-set decision. This time, the senior cruised past UCF’s Marie Mattel, 6-2, 6-1, to reach the tournament final.

Achong dropped her consolation matchup with another foe from UCF, Nandini Sharma, in a 2-6, 4-6 result. Cadar got back on track by edging McGiffin in straight sets, 6-4, 6-4.

Ito also earned a victory, logging the fourth ranked win of her career and her second in as many days in Orlando. The Kanagawa, Japan, native earned her second top-60 triumph as a Hurricane by beating No. 59 Jaeda Daniel of NC State, 6-0, 6-4.

“Estela is relentless in her approach and the results indicate that,” Yaroshuk-Tews said. “Yuna, Daev and Selma have had moments of great tennis and then gone flat for a short time. We’re hoping to end tomorrow on a high note for everyone.”

Play resumes Sunday at 9 a.m., with Cadar and Ito meeting Thumchaiwat and Dariya Detkovskaya in the Flight C finale. No. 33 Achong and Perez-Somarriba will not play, as their opponent withdrew from competition.

In singles play at 10 a.m., Perez-Somarriba meets No. 79 Shiori Fukuda of Ohio State, seeded No. 9-16, for the tournament crown. At the same time, Achong meets Ohio State’s Allen, Cadar plays No. 85 Marlee Zein of Florida and Ito takes on No. 23 McCartney Kessler of Florida.

For more information on the USTA Fall Ranked Spotlight, including a live streaming link, click HERE.