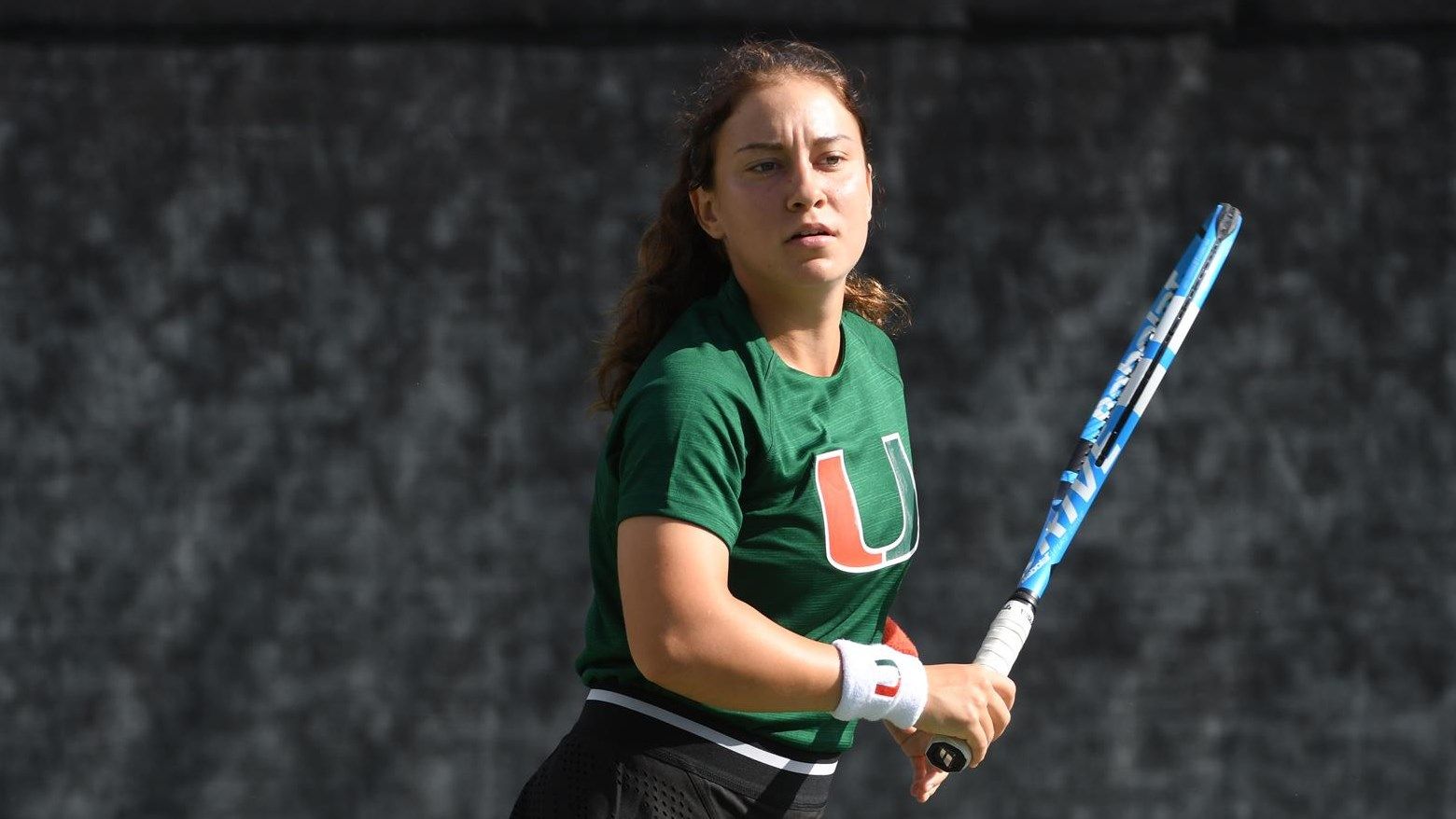 The four Hurricanes on hand combined to post a 7-3 overall record on the first day of competition at the USTA National Campus, including a 5-3 ledger in singles action.

The Hurricanes got off to an impressive start with a pair of doubles victories against Ohio State duos to begin the day.

In a top-50 matchup, sophomore Daevenia Achong and senior Estela Perez-Somarriba, ranked No. 33, rolled past No. 49 Kolie Allen and Shiori Fukuda in the Doubles B Flight. Freshman Selma Cadar and senior Yuna Ito, playing together for the first time, edge Isabelle Boulais and Irina Cantos in the Doubles C Flight.

All four Hurricanes then logged wins in singles, while no other school sent even three players into the second round of the bracket.

Cadar, in just the sixth match of her college career, notched her first top-25 victory, a 7-5, 5-7, 6-2 result over No. 23 McCartney Kessler of Florida, the tournament’s third seed.

In the second round of action, just one Miami player, Perez-Somarriba, logged a victory. The Madrid native eased past UCF’s Nandini Sharma, 6-2, 6-1, to reach the quarterfinals.

Perez-Somarriba will face Oklahoma State’s Bunyawi Thumchaiwat, ranked No. 67 and seeded No. 9-16, Saturday at 9 a.m. in the main draw quarterfinals.

At the same time, in consolation north draw competition, Achong will square off with Tennessee’s Tenika McGiffin, while Cadar plays No. 49 Mia Horvit of South Carolina and Ito faces Ohio State’s Allen, ranked No. 61. Both Horvit and Allen were No. 5-8 seeds in the main draw.

Saturday’s slate will also include a second singles match for each individual. For more information on the USTA Fall Ranked Spotlight, including a live streaming link, click HERE.